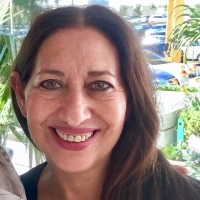 Jacqui Biess (59) is co-founder and CEO of Charly’s Bakery, her family business that she owns and runs with her daughters Alexandra and Dani. Jacqui has been in the restaurant industry for 31 years and is well known for her charity work, her love of good food and her creative entrepreneurial flair. She and her daughters starred in their docu-reality TV show, Charly’s cake angels, and are due to begin filming a long-awaited season three later this year.

"We were expecting some form of lockdown to happen, having watched the COVID-19 crisis hit Italy, England and the USA, so we weren’t surprised when President Ramaphosa announced three weeks of lockdown, but we did not think that the lockdown would last as long as it has."