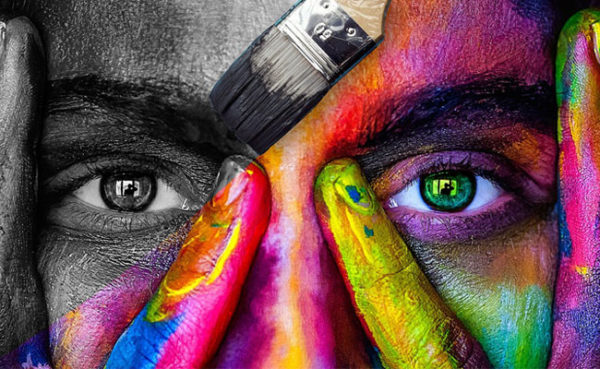 The elections are done and dusted, and we are all safe from irritating party and political messaging invading our privacy, at least till the local government elections in two years’ time!

By all accounts, many voters gave Cyril Ramaphosa the benefit of the doubt, with more than 600 000 voting for the ANC at national level, while voting for a different party provincially.

Ramaphosa’s “new dawn” pledged when he took over the presidency has been some time in coming, with the elections the necessary sunset on the corruption and mediocrity of the Zuma era.

Hints of hope have been given by commissions of enquiry into state capture, by the appointment of people of integrity and ability to strategic positions, and by messaging and a style of politics that is more reminiscent of the Mandela era.

“As has been the case for every one of the past elections, there is hope within the arts and culture sector for a minister to be appointed who will understand and act in the best interests of the sector.

This time, though, some cultural activists have gone further, calling on the president to appoint a minister of arts and culture from within civil society, rather than a politician.”

However, there is still much legitimate cynicism and a lot of wait-and-see. With the ANC having received a bloody nose with the lowest voter support since 1994, there is an expectation that the ruling party will respond positively, rather than retreat into its arrogant laager of the past, blaming everyone but itself for its poor showing.

A big sign of whether the new dawn has arrived or not will be the composition of the cabinet. While many decried the continued presence of individuals with large skeletons after Ramaphosa undertook an initial reshuffle, there was a reluctant acceptance that this might have been necessary because of internal ANC politics.

But, now that Ramaphosa has his own mandate, and it is clear that the only reason why the ANC did not do even more poorly was because of him, there is the expectation that the new cabinet will reflect the “new dawn”.

An ANC representative indicated over the weekend that a report had been done into the size of the cabinet and the streamlining of departments, so that it is likely that the cabinet will be cut significantly from one that was bloated for patronage purposes, to one that is tasked to deliver effectively. This in itself would be something of a “new dawn”.

As has been the case for every one of the past elections, there is hope within the arts and culture sector for a minister to be appointed who will understand and act in the best interests of the sector. This time, though, some cultural activists have gone further, calling on the president to appoint a minister of arts and culture from within civil society, rather than a politician.

We are active participants in South African public life who nurture and cherish arts and culture. It is our belief that arts and culture is the lifeblood and soul of our country and should play a pivotal role in building unity and cohesion in our diverse society.

We are painfully aware that, over the past few years, the arts and culture portfolio has not been managed by competent and passionate champions of the arts, but has rather been used to appease political factions and balance constituency interests in the ANC. This has, regrettably, removed arts and culture to the “fringe” of political life and public interest.

It worries us, when we look at the strongly delinquent elements in the ANC’s list of candidates, that, once again, the minister of arts and culture will likely be a compromised ANC member, to the detriment of our people and our country. This is often complemented by an equally poor choice of director general in the department.

The frustration in the arts community is palpable. Our once-celebrated arts and culture has been plagued by inadequate support, inaction and lack of a clear vision on how to take this important community, at the heart and soul of our country, into the new dawn you speak about.

South African artists, musicians, cultural activists, arts institutions, NGOs and foundations, and many ordinary citizens, call on you, Mr President, to appoint a credible new arts and culture minister from civil society who is respected by the arts community.

The Constitution allows the president to appoint at least two cabinet ministers from outside the political party framework. Thus, an opportunity presents itself to signal to the public that your new cabinet will go beyond narrow party interests, and focus on national unity, nurturing the arts and celebrating our deep well of heritage.

Arts and culture offers the opportunity to be the “ties that bind” us in a society that has seen the fragile unity of our people severely eroded. Please hear our plea for the appointment of a non-party cabinet minister, drawn from civil society and from among the many sterling champions of arts and culture in South Africa.

The president has called for an active citizenry, and his Thuma Mina campaign has encouraged citizens to stand up and say “Send me” to do the work that is required.

Whether he was expecting citizens to stand up and say appoint a non-politician to the cabinet is unlikely; even more unlikely is that he will actually do so. (At least one reason is that the arts and culture ministry could be amalgamated with another ministry, so that having an arts and culture specialist may not be appropriate for the ministry as a whole.)

But, whomever he appoints as minister of arts and culture, there would appear to be a small window of opportunity to influence a vision, policy and the allocation of funding for the next five years.

The previous minister spent his whole term revising the 1996 White Paper on Arts, Culture and Heritage (the first post-apartheid cultural policy, adopted by the cabinet in August 1996), and leaves office without having completed this, a legacy that affirms the frustrations of those who drafted the letter to the president.

However, if there is any lesson to be learned from the last 25 years, it is that while it is necessary to lobby politicians to serve our interests, because that is the nature of democracy, it is even more important for the sector to find ways to get on and do the work that is important to them, as politicians are notoriously unreliable, self-interested and concerned about their parties and positions more than about the constituency they are required to serve.

Whether there is a new dawn for the arts and culture sector, or not, has as much to do with the sector itself – and their willingness to work together toward some kind of vision – as it has to do with any politician.