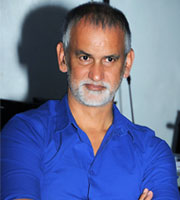 Mike van Graan is the president of the African Cultural Policy Network and an associate professor of drama at the University of Cape Town. Professionally, he works as a consultant in the arts and culture arena, while also serving on UNESCO’s technical facility for the 2005 Convention on the Protection and Promotion of the Diversity of Cultural Expressions. Creatively, he works as a playwright and has written 30 plays to date, most of which interrogate the post-apartheid condition. In recognition of his work, he is the 2018 recipient of the Hiroshima Foundation for Peace and Culture Award, a prize previously awarded to Antjie Krog and John Kani.

Beirut, Lebanon: A city that lives to inspire others to live

"I’ve been invited by the Arab Fund for Arts and Culture (AFAC) to present two workshops as part of its fourth Arts and Culture Entrepreneurship (ACE) programme. Founded in 2007 with support from various international donors, AFAC is probably the most important arts fund in the region, actively supporting scores of creatives in more than 20 Arab countries annually. It is based in Beirut, with Lebanon being one of the more liberal countries in the region. The sixteen participants in the workshop are drawn from Algeria, Egypt, Morocco and Libya, in North Africa, as well as Syria, Palestine and Lebanon. The ACE programme aims to inspire and strengthen small and medium cultural institutions in the Arab region through several lecture modules, workshops and mentorships."

Inequality and culture: The two key fault lines in our world

"The statement goes on to call on artists to use their capacity to raise awareness to bring what is happening in Palestine to the attention of the world. They have also re-emphasised the call for a cultural boycott of Israel, in the same way as apartheid South Africa was subjected to a cultural and sports boycott. Israel, though, has the massive economic, political and military support of the USA and of Europe, unlike apartheid South Africa, so that the call for action against Israel by the Palestinian artists will have, at best, symbolic value."

A minister unoccupied by artists' occupations

"At the time of writing, artists have entered their thirteenth day of occupation of the National Arts Council (NAC) offices in Johannesburg in protest against the NAC’s poor management of the allocation of funds from the Presidential Employment Stimulation Package (PESP) to the sector. At the same time, artists have occupied the PACOFS building in Bloemfontein for more than five days, demanding that the council act on the allegations of corruption against the acting CEO."

The minister of congratulations and condolences pressured to resign

"Nathi Mthethwa, minister of sport, arts and culture is the subject of a petition launched by artists calling on him to resign by the end of January or be replaced by the president in February. The petition is in response to a tweet by the minister on 15 January, in which he stated that 'South African theatre is alive and well', mentioning the five theatres subsidised by his department as his 'proof'."

All we want for Christmas….

"So, perhaps Father Christmas could bring us a competent minister, and competent senior government officials?"

On arm's length and political strangleholds in the arts

"There were reasons for the law being drafted as it was in 1997. Given the apartheid experience where government-controlled, publicly funded cultural institutions and the allocation of public funds generally upheld the values and worldview of the National Party regime, civil society organisations advocated strongly for a National Arts Council that would dispense public funds to the arts at 'arm’s length' from government."

"Without live audiences for more than seven months and the retreat to online platforms, how have theatre and dance adapted and changed?"

"Carole Karemera of Rwanda, Ecuador’s Susan Togra and Vikram Iyengar of India spoke about the general precarity of the arts in their respective contexts, and that COVID-19 conditions were simply reinforcing the fragility of a sector about which few Global South governments seem to care. And yet, it was argued that artists should be regarded as essential workers, for how else would many have stayed sane through the isolation of the pandemic were it not for online films, music, literature, comedy and television?"

"It is against this background that a few friends and colleagues in the dance and theatre sector and I decided to launch the Sustaining Theatre and Dance (STAND) Foundation, whose core purpose is to provide support to South Africa’s dance and theatre ecosystems. These include, amongst others, Saartjie Botha (director of Woordfees), Debbie Turner (CEO of Cape Town City Ballet) and Ricardo Peach (director of the Vrystaat Arts Festival)."

Wellness brought to you by a marketing company

"If we think we face a huge existential threat because of the coronavirus, we are deceiving ourselves, for the bigger and ever-growing threat is from the virus of corruption that has infected just about every sector of our society."

Breaking the cycle of abuse

"Is this what we as human beings are cursed to do, or what we curse ourselves to do, since we have agency and are not mere 'pawns of history': to repeat, rather than learn from, history? Will we forever be engaged in a cycle of the once abused now abusing others?"

"Theatre has faced many existential challenges: Will it continue to exist after the introduction of radio? Will it survive television? Will it find a way to outlast online streaming platforms that bring high-class production values directly into people’s homes? Will it survive a lengthy period in which COVID-19 denies it the direct encounter between performers and audiences?"

"Many in the creative sector were looking to a recent meeting between the minister of sports, arts and culture and federations representing the arts and sports, to provide some indication of how creatives would be supported, but there was nothing. Neither was the minister present for the briefings by ministers on how small businesses and other enterprises would be supported during the lockdown period."

State of the nation’s arts (SONA)

"The opening of parliament has come and gone with the most noteworthy item being the fallout around FW de Klerk’s assertion that apartheid was not a crime against humanity. This continues to make more headlines and social media discussion than anything the president said. On the other hand, in the arts community, what the president did not say is the cause of agitated conversation."

Un-capturing the State: if not you, Hermione, who?

"How could ordinary South Africans stand up to the mass looting overseen by ministers, premiers, mayors, the leadership of the ruling party who persistently not only expressed their confidence in, but vociferously defended, their president when it was abundantly clear that state institutions and resources were being captured by a politically connected elite?"