“The crime against being fully human persists.”

The opening of parliament has come and gone with the most noteworthy item being the fallout around FW de Klerk’s assertion that apartheid was not a crime against humanity1.

This continues to make more headlines and social media discussion than anything the president said.

On the other hand, in the arts community, what the president did not say is the cause of agitated conversation. He made no mention of the arts, except to end with the lyrics of a song by Ladysmith Black Mambazo, whose leader, Joseph Shabalala, passed away in the same week as the State of the Nation Address (SONA).

Just as he borrowed “Thuma Mina” from Hugh Masekela who died just before his 2018 SONA, Ramaphosa tried to keep alive his myth of the “New Dawn” through Ladysmith Black Mambazo:

We may face high mountains
Must cross rough seas
We must take our place in history
And live with dignity
As we climb to reach our destiny
A new age has begun.

New Dawn. New Age. I don’t think Ramaphosa recognised the irony of using “New Age”, the name of the newspaper started by the Guptas during the height of state capture from which the country is still desperately trying to recover, and about which we are reminded every time we experience electricity blackouts!

Just under a month ago, opera singer Sibongile Mngoma started a Facebook group called Im4theArts after writing an open letter to the Minister of Sports, Arts and Culture, Nathi Mthethwa on 20 January in which she accused the minister of complicity in the exploitation of artists. “You have opened the door for exploitation and bullying by being complicit in the abuse of the artist,” she wrote. “Artists are dying of depression because we cannot take care of ourselves and our families.”

The letter resonated with many in the arts sector and within a few weeks membership of the Facebook group grew to more than 11 500.

Mthethwa responded to the open letter on 24 January by saying that he could not respond to all open letters (there had been open letters from other artists who had raised similar issues around their negative treatment within the industry), but claimed to be sympathetic to the plight of artists.

Mngoma then wrote an open letter to President Ramaphosa on 26 January bemoaning the lack of respect for artists by the Department of Sports, Arts and Culture and calling for its dissolution. The letter was an appeal to Ramaphosa as the “highest power in South Africa” to replace Mthethwa with someone of integrity and who understood and was sympathetic to the conditions in which artists found themselves.

“Mr President. Hear our call. Answer our key questions. Engage us. Listen to us,” Mngoma pleaded.

Then the president spoke at the opening of parliament. And he said nothing about the arts. 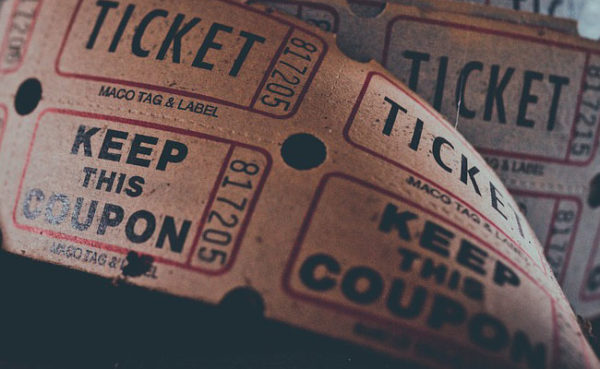 With the rapid growth of the Facebook group and the plethora of negative sentiments against the Department and the minister, Mngoma was invited to meet the leadership of the Department on 4 February. They were kept waiting by the Department for more than 30 minutes after the agreed meeting time. When the meeting finally got underway, the arts group informed the Department’s representatives – including the Director-General – that the meeting was being live-streamed. The Department initially objected, but eventually relented, obviously aware that they would be accused of a lack of transparency. Clearly, this meeting did not feed into the president’s SONA either, and a follow-up meeting has been scheduled for today, Monday 17 February, between Im4theArts and the Department of Sports, Arts and Culture.

Political parties – including the ruling ANC – are not shy about having artists, musicians in particular, with large followings to play at their election rallies. But it would appear that for all the Freedom Charter’s declaration that “The doors of learning and culture shall be open” and the Universal Declaration of Human Rights stating in Article 27 that “everyone shall have the right freely to participate in the cultural life of the community and to enjoy the arts”, the attitude of government to the arts is that it is a luxury, a non-priority in the face of far bigger challenges.

And so the dehumanisation of the majority of people in our country – once regarded simply as labour units in an apartheid economy that served a white minority – will continue, with their psychological, emotional, intellectual and spiritual dimensions (served by the arts) being ignored. And their education as contributors to the economy of the country will again be prioritised (maths and science education to create useful cogs in the economic machine) over an education that will realise their full human potential as human beings, capable of informed agency within a democracy.

Shame on Ramaphosa, the ruling party and those who claim to have moved us beyond apartheid. The crime against being fully human persists.