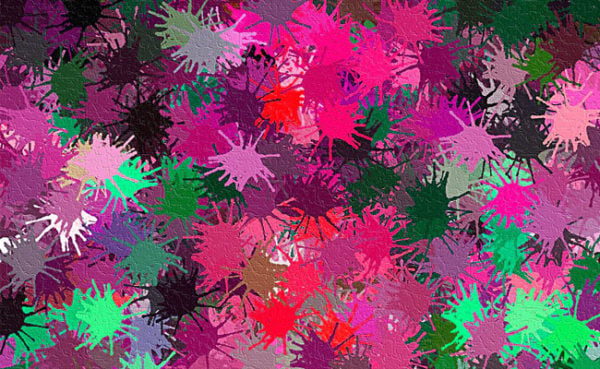 *Update: The Minister of Sports, Arts and Culture Nathi Mthethwa has, after the publication of this article, issued a statement regarding the sector's effort to mitigate the effects Covid-19 on the industry.*

As with many other sectors, the creative sector is being impacted severely by the need to flatten the COVID-19 infection curve. Even before the 21-day lockdown announced by the president this week, major festivals, such as the KKNK, have been cancelled, arts and culture venues have closed, international tours have been shut down, productions have been postponed indefinitely and the box office income, upon which many creatives are dependent, has been curtailed.

My personal experience in this regard includes the cancellation of three income-generating gigs which were to take place abroad before June, the postponed premiere of a new play at the Fugard Theatre, and at least three other plays (two of them produced by other independent entities) being stopped prematurely or postponed, with adverse financial implications for those involved.

Many in the creative sector were looking to a recent meeting between the minister of sports, arts and culture and federations representing the arts and sports, to provide some indication of how creatives would be supported, but there was nothing. Neither was the minister present for the briefings by ministers on how small businesses and other enterprises would be supported during the lockdown period.

Predictably, this has led to an outpouring of whinge by creative self-prophets, decrying how they are neglected by the state, that they are on their own and that their significant contributions are ignored. Considering the numerous studies commissioned that show the positive economic and social impacts of the arts – including those studies by the South African Cultural Observatory, funded by the public purse – the whinging arts sector has a point. Creative workers, their technical crews and their enterprises have as much right to be considered for public sector support at this time as workers and enterprises in tourism, for example.

It does not help when articles are shared about how governments in other parts of the world are supporting their artists. “I will not let them down,” screams a headline quoting the German minister of culture, who pledged her government’s support for artists and cultural institutions amidst the COVID-19 outbreak in Berlin. Queensland in Australia and Boston in the USA have set up “artist relief funds”. There are reports of the Canadian Arts Council paying musicians who live-stream their concerts.

There is a local initiative – the Creative Industry Coronavirus Impact Survey – collecting information about the cancellation of income-generating work, in order to present a case to the government for grants to sustain creatives through this period.

But, given the experience of the last 26 years, the local creative sector would continue to be blind and self-disempowering if they still believed that the government had the vision, political will and capacity (they have the financial means) to support the sector in a time such as we are experiencing.

“It does not help when articles are shared about how governments in other parts of the world are supporting their artists. ‘I will not let them down,’ screams a headline quoting the German minister of culture, who pledged her government’s support for artists and cultural institutions amidst the COVID-19 outbreak in Berlin. Queensland in Australia and Boston in the USA have set up ‘artist relief funds’. There are reports of the Canadian Arts Council paying musicians who live-stream their concerts.”

All is not lost, though, and some creatives are taking initiative to support themselves and others.

Increasingly, performing artists are looking to live-stream their work, although many have yet to work out how to monetise such live-streaming. The National Arts Festival announced that the festival will not take place in Makhanda this year, and will take place in digital form only, but, to date, there are no clear guidelines as to what this will mean, and how artists will generate income through this “national digital arts festival” platform.

Artists – and musicians, in particular – are often called upon to donate their talents in support of some or other worthy cause. Theatre-makers are commissioned to produce work that helps to educate audiences about social themes such as HIV/AIDS and domestic violence. Now, the nature of the COVID-19 infection has stopped the use of the arts in such edutainment, with gatherings banned and the lockdown being enforced.

The Music Exchange, led by Martin Myers, is collecting suggestions from musicians about how they can be supported. One proposal is that local radio stations increase the number of times that they play music by local musicians, thus generating the royalty income for the artists.

Jefferson Tshabalala, this year’s Standard Bank Young Artist for Drama and an arts entrepreneur par excellence, is producing merchandise – hoodies, T-shirts, books, etc – to supplement the limited income he continues to receive through other means.

There is no shortage of talent, passion and commitment in South Africa’s creative sector.  But this is a time for a different kind of creativity and innovation, for out-the-box thinking and for developing ways to survive and make a sustainable living in the harshest of conditions. If we are successful, we would have done more for the long-term sustainability and independence of the sector than 26 years of waiting expectantly for the government to deliver a land of creative milk and artistic honey.