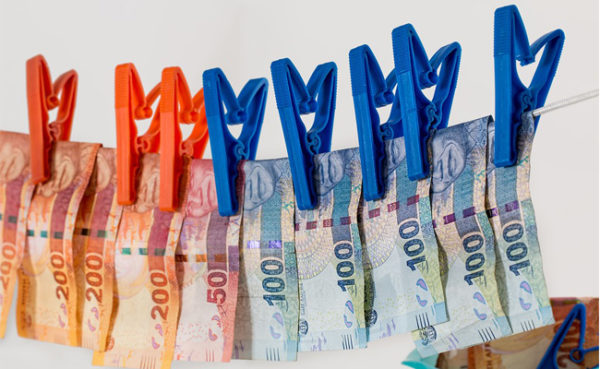 Advocate Hermione Cronje, head of the National Prosecuting Authority’s (NPA’s) Investigative Directorate, was the guest lecturer at UCT’s Legacy Society / Summer School event last Saturday. The Legacy Society aims to persuade UCT alumni to bequeath at least parts of their estates to the university so that it can maintain its global and regional ranking as a “top-notch” university. Perhaps that explains why the overwhelming attendees were those closer to the grave than to the cradle, rather than that a younger demographic is not interested in what is being done to undo decades of state capture and corruption under and by the ANC-led government.

While she was unable to provide details of who was on the NPA’s list as potential targets for prosecution, Cronje said that “there is a long list of people who stood idly by, turned a blind eye or enabled the deterioration and destruction of state institutions”. Cronje failed to mention that one of these idle, blind bystanders was the person who appointed her – President Ramaphosa – who as Deputy President of both the country and the ANC simply could not have been unaware of the hollowing out of state institutions and the large-scale looting of the public purse by his boss, then President Zuma, and many in the leadership of the ruling party. That Cronje is anxious – less about whether she has the skills for the job than about whether the job (of rooting out corruption and holding those responsible to account) is doable at all – is an indictment more on Ramaphosa and others in the ruling party who allowed the deterioration to happen on their watch than anyone else.

And yet, Cronje shifted the focus to those in the room, and to those whom they represented outside the room – ordinary, individual South Africans. “Everyone in South Africa saw what was going on with state capture and some tried to fight it, but most did nothing,” she said, half-accusing her packed audience.

But what could “ordinary” citizens do when the most powerful person in the country – the President of South Africa – was the one most responsible for wrecking the country’s constitutional bodies designed to protect citizens and our democracy, for trading our state-owned enterprises and the services they were to provide to citizens for 30 pieces of silver from the Gupta brothers? How could ordinary South Africans stand up to the mass looting overseen by ministers, premiers, mayors, the leadership of the ruling party who persistently not only expressed their confidence in, but vociferously defended, their president when it was abundantly clear that state institutions and resources were being captured by a politically connected elite? Why would ordinary South Africans take up the cudgels against the ruling party when it trampled so viciously even on its own members who dared to raise their concerns about state capture and corruption, and when it contemptuously dismissed opposition parties who had far more clout and resources than any individual? What chance did ordinary South Africans have of countering the narratives, fake news and “alternative facts” trumpeted by the captured public broadcaster, newspapers set up or bought to push the ruling party line and social media bots?

“But what could ‘ordinary’ citizens do when the most powerful person in the country – the President of South Africa – was the one most responsible for wrecking the country’s constitutional bodies designed to protect citizens and our democracy, for trading our state-owned enterprises and the services they were to provide to citizens for 30 pieces of silver from the Gupta brothers?”

But, as Cronje conceded, some did fight. NGOs took the government to court. Brave journalists have written story after story exposing the corrupt deeds of senior political and business figures. Books have provided evidence much of which has been confirmed at the Zondo Commission of Inquiry into state capture. Whistleblowers have risked their careers, their reputations and even their lives in attempting to hold accountable corrupt individuals who abused their governance and management of state-funded entities.

And yet, after so many years of individuals, NGOs and others standing up for the rights and interests of ordinary South Africans, after nearly a year in power of the new head of the NPA, after 18 months of the Zondo commission, those who really have power to do something, have done very little.

Those alleged to have been at the forefront of state capture and the looting of the public purse continue to hold high office in the ruling party and in government, continue to destabilise those who are trying to correct the consequences of their corrupt actions. They continue to abuse public resources to defend themselves, now using the law at every turn to stay their prosecutions when they violated the law with impunity as they committed their corrupt deeds.

So rather than accuse ordinary South Africans of doing nothing, state institutions – such as the NPA and its investigative unit – that have real power and authority to do something, should take urgent action against high-profile individuals who are responsible for the dire state of SAA, Eskom, Prasa and other state-owned entities and institutions.

Perhaps then “ordinary” citizens will be encouraged to “do something” – when they can start to believe that the country is being turned around, that those responsible for its spectacular decline, will be removed from public life where they can no longer wreak their havoc, and be put behind bars for as long as their evil deeds deserve.