On the southern tip of Africa, we generally get to know about this city, this country, through television headlines that scream ‘PAIN!’.

An older generation remembers the Israeli invasion. The civil war that claimed more than 100 000 lives. The assassination of its Prime Minister. More recently, the headlines have been about the huge explosion in the port, exorbitant inflation, street protests against rising fuel and living costs, and mass emigration.

Little wonder then that when I tell people that I’m heading to Beirut, the responses are mostly concerns for my safety. I smile wryly as I imagine that this is exactly the response that many foreigners receive when they mention that they are travelling to South Africa.

On my return to Cape Town, crime statistics for the first quarter of the year have just been released. The headlines mock us with an average of 71 people murdered each day in the three-month period. These wartime statistics make me want to head right back to Beirut!

I’ve been invited by the Arab Fund for Arts and Culture (AFAC) to present two workshops as part of its fourth Arts and Culture Entrepreneurship (ACE) programme. Founded in 2007 with support from various international donors, AFAC is probably the most important arts fund in the region, actively supporting scores of creatives in more than 20 Arab countries annually. It is based in Beirut, with Lebanon being one of the more liberal countries in the region.

The sixteen participants in the workshop are drawn from Algeria, Egypt, Morocco and Libya, in North Africa, as well as Syria, Palestine and Lebanon. The ACE programme aims to inspire and strengthen small and medium cultural institutions in the Arab region through several lecture modules, workshops and mentorships. At the end of the 12-month programme, participating institutions are provided with a grant of $25 000 to support activities inspired by the programme.

According to the ACE brochure, the Arab arts and culture sector has experienced phenomenal growth over the last ten years coinciding, it would seem, with various expressions of the “Arab Spring”. (But participants decry the pressure of funders for them to actively engage in artistic activities that genuflect to the political changes). Many young and dynamic cultural managers have emerged but in contexts where there is little public sector support both in funding and education, AFAC has launched this initiative to develop a cohort of skilled trainers, advisers and coaches who can support the expansion and sustainability of the sector.

This experience resonates with that of sub-Saharan African countries where generally authoritarian governments do not provide much, if any, support to contemporary creative practitioners. Many cultural entrepreneurs and managers have to learn through hands-on experience and the ad hoc courses provided by a few NGOs or EUNIC institutions such as the Goethe Institute.

The sessions over the four days deal with topics such as design thinking, financial resilience, communications strategies and the transformative power of culture. One of my two sessions highlights international cultural policies and protocols and how creatives in the Arab region may use these to their advantage. Another reflects on the lessons and insights from the South African experience that may be useful for the Arab context.

Some of the participants stare at me blankly during the session on policy. I can see what’s going through their minds. “How do we even begin to think about impacting policy in our countries where there is no respect for civil society? How do we build sustainable networks to advocate for policy in our repressive conditions?” But some latch onto the idea of international cultural protocols providing opportunities for collaborations across boundaries, and for access to Global North markets for their creative goods.

The session on South African practices generates more enthusiasm. One idea, in particular, finds traction. The Voorkamerfest originated by a Dutch couple – Wim Visser and Inge Bos – played out over the first weekend of September in Darling, an hour’s drive from Cape Town. Punters would buy tickets for a route without knowing what they would see, and over the course of 90-120 minutes, they would be taken by taxis to three different homes in the town (mostly in the more marginalized part of Darling to spread the tourism benefits) where they would experience artists performing in a variety of genres carefully created by the organisers.

The idea of using existing infrastructure such as people’s homes, of reaching communities normally excluded from the arts, of not being dependent on public funding and of providing work for creatives on a mini-circuit of venues, appealed to many.

About 40 minutes’ drive from Beirut, we visit Saida, Lebanon’s third largest city, covering an area that is believed to have been inhabited some 6 000 years ago! Today, it is home to the largest camp of Palestinian refugees who have fled, or have been forced to flee their homeland just a few kilometres away. A country of fewer than six million people, Lebanon hosts the most refugees per capita! 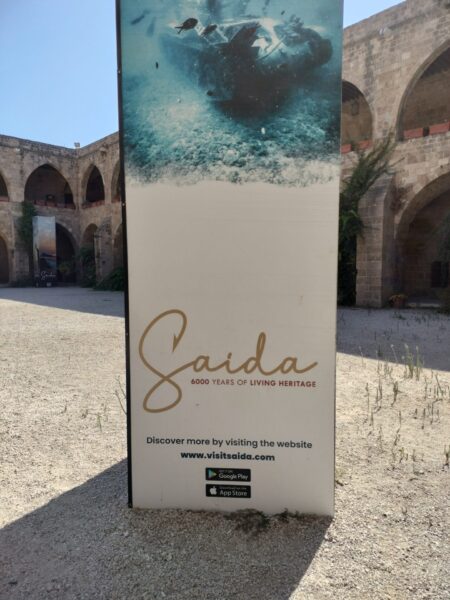 Saida, a town near the border with Israel. Home to the largest Palestinian refugee camp.

There is history in Saida, but also recent history; a 450-seater underground cinema built in the 1980s by a businessman, that served as a shelter during the war, was shut for years and then re-opened in 2018, with a co-working space frequented by the city’s youth in need of internet and a cool space to network. The two daughters of the businessman who started the space are participants in the ACE programme.

I visit a friend, one of the members of the Zoukak Theatre that had been badly damaged in the 2019 explosion. 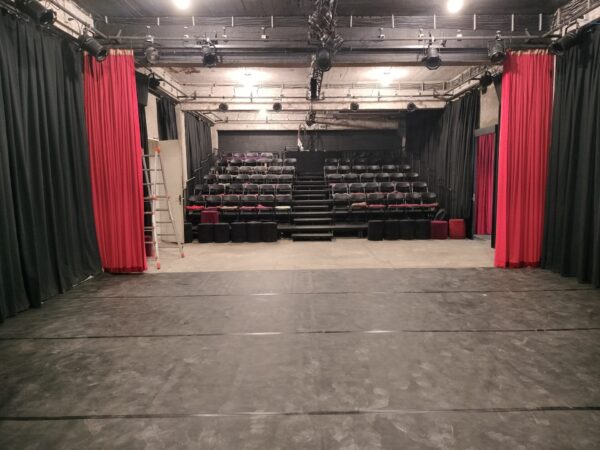 The 80-seater Zoukak Theatre which though damaged, survived the port explosion

They have renovated the space and are looking forward to hosting their festival of Lebanese theatre later this year. 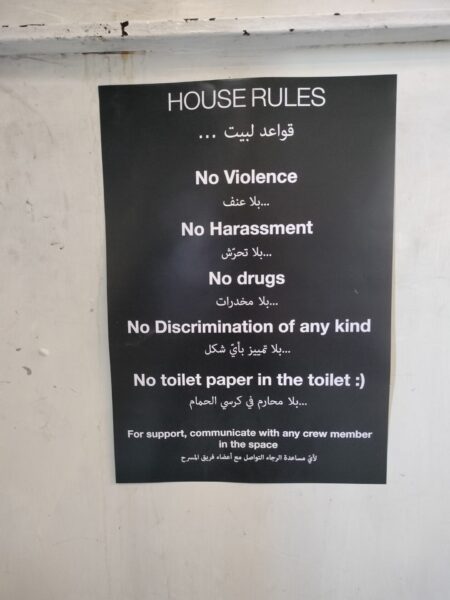 The theatre stands as a metaphor for the people of Beirut. Resilient in the face of existential challenges (we have scheduled load shedding from time to time; Beirut has only a few hours of electricity per day). At night, the bars and restaurants are full. Hundreds of people dance way past midnight to a live band in one of the establishments to which I was taken. There is a vibrancy and energy in the city matched by the anarchy of its traffic. 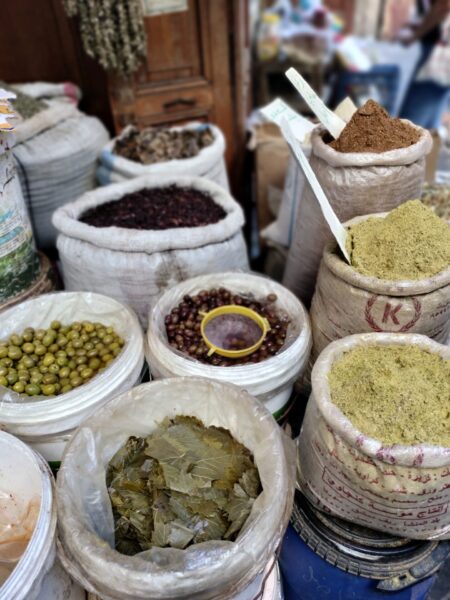 A market in Saida, Lebanon 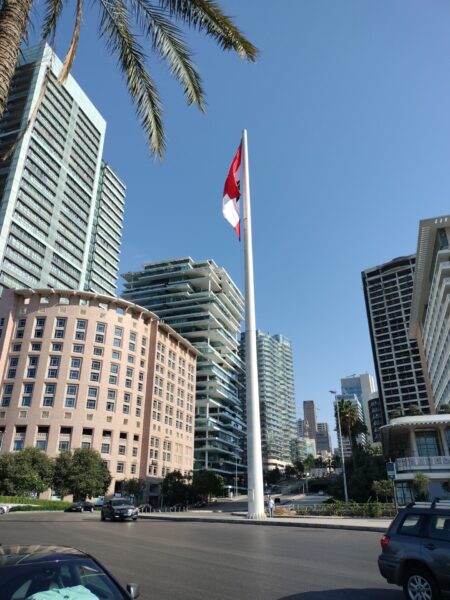 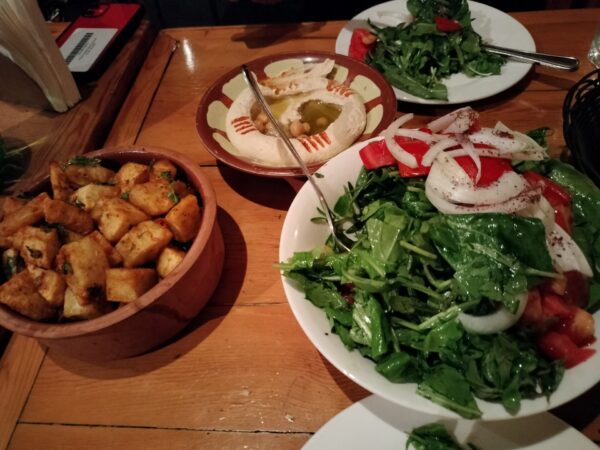 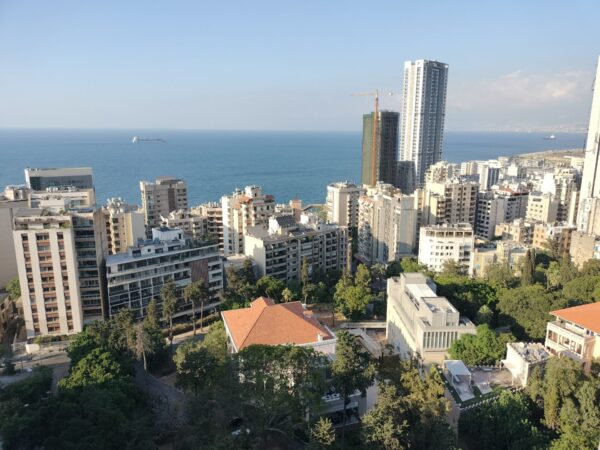 City view from a hilltop

These people know how to live. Despite the myriad challenges.

Perhaps they need to be visiting us, to teach us how to not just cope, but to thrive!