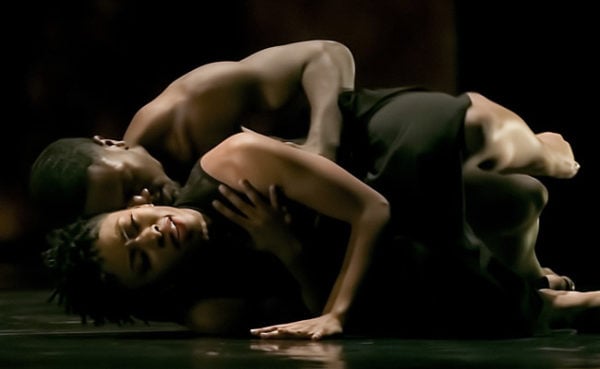 As we head towards the new year, we know it’s not true that at midnight on 31 December, a whole new, certainly better, era will be ushered in; and yet – after the year that was 2020 – this is what we hope for. We also know that there is no Father Christmas, but that’s no reason for not being upfront about what we’d like for Christmas!

So, in the festive spirit (where it seems like the Grinch stole much of the year), these are the ten things that we – the dance and theatre sector – would most like Father Christmas and his Happy Elves to deliver for 2021 (with acknowledgement to the STAND Foundation’s Vision Discussion Document).

First, rather than spend millions on the infrastructure of five theatres (this year, more than R300m was budgeted for the State Theatre, Artscape, PACOFS, Market Theatre and Playhouse), we would like the funding to spent on theatre and dance companies. Imagine if each province had at least one dance and one theatre company of 12 members each? That would do so much more for theatre and for providing access to theatre and dance around the country, than supporting five buildings in a few urban centres! Even if we had thirty companies, each receiving an annual subsidy of R3,5 million, that would still be less than half of what is currently spent on the theatre infrastructure; much of it is inherited from the past, and generally inappropriate to meet the needs of the majority of our citizens.

Having said that, we do need infrastructure, subsidised by the state. So secondly, we would like at least one subsidised performing arts space per province, so that independent companies could tour their works nationally; the longer the life of a production, the longer the performers will be able to generate income through it. All subsidised infrastructure should have translation facilities so that local audiences may access work in their language of choice through subtitles, and companies may present their stories in their original language.

Thirdly, each province should have a festival that features local theatre and dance and provides a platform for the best dance and theatre from other parts of the country. This way, audiences would not have to travel to Makhanda or Oudtshoorn (unless they wanted to), but theatre and dance would travel to them, close to where they live.

The educational and human development benefit of arts education has been the subject of numerous international and local studies. The more they engage in the arts, the more children learn problem-solving skills, develop emotional intelligence and grow in confidence. So, our fourth Christmas appeal would be the introduction of arts education in every school (not only the resourced, private schools), with trained teachers and/or artists facilitating the education.

Currently, many creatives migrate from less-resourced provinces to universities in the larger cities, and seldom return to their towns of origin, resulting in a talent drain. In keeping with the education theme, it is imperative – fifthly – to have at least one tertiary education institution per province that can provide technical training in the arts, as well as education in arts administration, cultural entrepreneurship and the skills required to build and nurture sustainable creative enterprises.

A sixth wish is for multiple local and international residencies for writers, choreographers, directors, designers and arts managers where they can acquire hands-on experience under the guidance of skilled mentors.

“Everyone has the right freely to participate in the cultural life of the community (and) to enjoy the arts…” states Article 27 of the Universal Declaration of Human Rights. To give effect to this, and in addition to access to education described above, a seventh wish is for multifunctional arts centres, with skilled personnel (rather than deployed cadres) to be distributed throughout the country, providing access to skills in the arts, to platforms to distribute the arts and for audiences to access and enjoy the arts in all their forms.

If the Coronavirus Pandemic has shown anything, it is how vulnerable those who make their livelihoods in the creative sector are. Another wish then, would be for a social net that supports creatives with medical aid, pensions, unemployment insurance and disability grants; in this respect, creatives would wish for a Basic Income Grant as advocated by other sectors of civil society.

A penultimate wish would be for information that affects the sector to be readily available: for information that empowers creatives eg performing arts venues, funding opportunities, remuneration scales, contract templates, international touring platforms, opportunities for further study, etc to be researched and updated regularly and made available on accessible platforms.

And finally, the sector would benefit from a strong network or association that would advocate for and defend its interests, and coordinate initiatives – with festivals, theatres, educational institutions and other stakeholders – that would benefit the dance and theatre ecosystem.

Are these really too much to ask for?

We have the resources, the funding, the expertise within the sector; however, we just don’t have the political vision and the will to pursue these.

So, perhaps Father Christmas could bring us a competent minister, and competent senior government officials?

On arm's length and political strangleholds in the arts