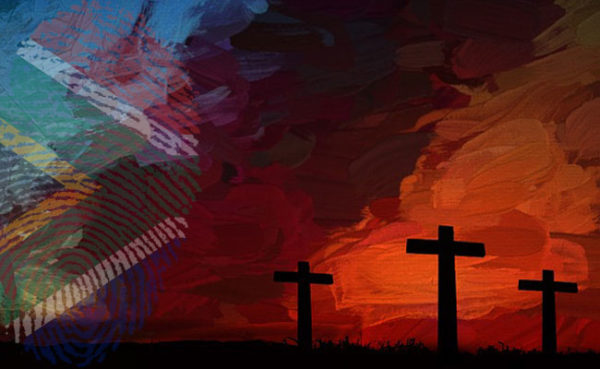 Election season has been declared open, and already the false prophets of hope are at it, promising better lives for all as they have done from some 25 years ago but delivering heaven on earth only for a political elite.

Former president Jacob Zuma has often boasted that the ANC will rule till Jesus makes his second return to earth. According to the Independent Electoral Commission, there are 285 parties currently registered in an attempt to make Jesus come in May when the elections are expected to be held. The ruling party has shown how well it eats at the trough of public funds – and it is not just fish and bread – thereby encouraging many others to follow as disciples of “hashtag let us eat” theology.

A number of new political parties has arisen with the backing of churches. The African Freedom Revolution is headed by a Bishop TB Ngcobo. Another bishop, John Bolana, leads a church linked to the African Transformation Movement with its honest acronym ATM, signalling how it will view the treasury should it come to power. The National Interfaith Council of South Africa – whoever they may be – advised the ANC to use Zuma should they want to a win two-thirds majority in the 2019 elections.

The engagement of churches and people of faith in South African politics is nothing new. The World Alliance of Reformed Churches declared apartheid a heresy and suspended the Dutch Reformed Church (NGK) from membership for its theological support for apartheid. The South African Council of Churches – a network of mainstream Christian churches – was an active supporter of the struggle against apartheid, with Desmond Tutu, among others, gaining international prominence for his role as a clergyman in pursuing social justice.

But while apartheid formed a clearer divide between right and wrong, between good and evil, truth and heresy, contemporary morality and the mixing of (allegedly) Christian faith and politics are far more fuzzy and probably at least as heretical as the NGK’s biblical support for the policy of racial separation.

Some (admittedly fringe) church groups have come out in full support of Zuma, who has been shown to have consistently violated many of the ten commandments. But then, this is not unique to South Africa. The evangelical churches in America provide some of the strongest voter and political support to Donald Trump, who is equally adept at contravening traditional Christian moral principles and teachings with impunity.

At the Zondo Commission of Inquiry into State Capture we have witnessed Angelo Agrizzi, a former senior executive at Bosasa, give evidence of how the company conducted its business through bribing politicians and civil servants in order to obtain government contracts. He spoke of his experience as being part of a “cult of bribes” with the head of the company, Gavin Watson, starting meetings with prayers and inviting other pastors and prophets to participate in company prayer gatherings.

Any sane person would shake their head and ask how it is possible for people – particularly those who claim to be people of faith – not only to accept but to actively support theft and corruption on such a grand scale.

No doubt the wealth obtained through illegal and immoral means would be celebrated as “God’s blessings” in much the same way as the privileges bestowed on white people during the apartheid era would be seen by some as the blessings of a benevolent deity. (Did it never occur to them that God must have been a racist if he blessed white people more than black people, even black people who might have been their “brothers and sisters” in the church family?)

As with apartheid, there are economic, political and social structures in our society that “bless” some people more than others, and that has little to do with faith, or theology or God. And as with fake news and the spread of disinformation to confuse and divert in order to serve the ends of those in power, so fake prophets and priests with their fake morality and theology are sowing confusion, with God again being appropriated to serve the political ends of a selfish minority.

In a country where the unity of the party (ie of the ANC) is more important than anything else – including the best interests of the country’s citizens, the rule of law and the constitution’s institutions mandated to uphold and defend our democracy – the moral bar has been set very low and our collective moral compass is in desperate need of repair. The unity of the ruling party is necessary to ensure a “decisive victory” at the polls so that those associated with the party can continue to shower themselves with blessings at the expense of the rest of us.

One thing is for sure: we would do well to be as suspicious of “people of faith” as we should be of politicians.