“As an aside, a cultural review on the topic of boererate, or traditional folk remedies, going back to previous centuries and titled Volksgeneeskuns in Suid-Afrika (2010, Protea), lists 8 705 recipes, of which 493 – some 6% – contain brandy as an ingredient.”

South Africa has made brandy its own. New brands and innovations are now leading the way, reports Clifford Roberts.

As whisky is to Scotland and vodka is to Poland, so is brandy to South Africa. The heritage drink is distilled using ancient techniques refined over centuries and exposes the concentrated essence of a natural ingredient – grapes.

While the excellence of any modern-day spirit and the size of the industry are one thing, it is distillation’s long history over 1 000 years that makes it fascinating. In South Africa’s case, the spirit that took hold and grew has an inalienable Dutch strain in its DNA.

As a constant reminder, the Afrikaans name for brandy, brandewyn, is derived from Dutch. 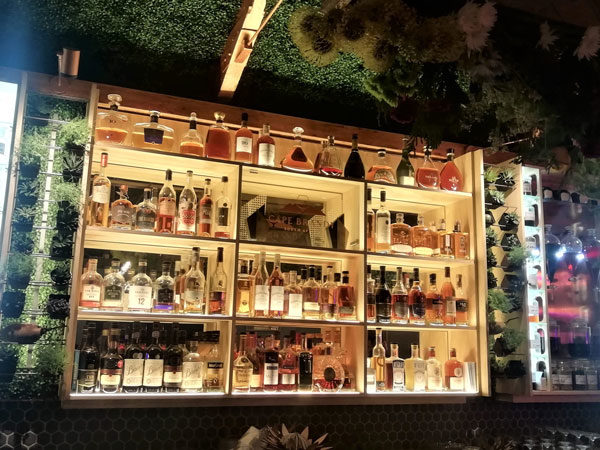 Showcasing the versatility and excellence of South African brandy is something Cape Town bar Cause Effect specialises in.

The story of South African brandy is most frequently begun in 1672, soon after the first vineyards were planted by the Dutch settlers. Distilling had been an ancient tradition of the Dutch, but a new milestone emerged when a cook aboard the Dutch ship De Pijl, anchored in Table Bay, distilled the first locally grown grapes.

“For all the heritage of South African brandy, however, a fresh breeze has struck up, and one of the reasons may, in some part at least, be credited to another drink with prominent Dutch links – gin.”

Economics and enterprise saw locally distilled brandy being embraced, taking hold and rapidly spreading, as an alternative to similar imported drinks. The rest is a colourful history that culminates in major industry, led by internationally renowned names like KWV and Distell and their megabrands – among them, consistent world champions at events including the IWSC and ISC competitions.

To continue the Dutch theme, however, there were many leading lights in the development of South African brandy. Among them were people like Nicholas Charles Krone, a forefather of the renowned bubbly-making family. He moved from the Netherlands to the Cape in 1863, and rose to be renowned for his brandy enterprise in Worcester. 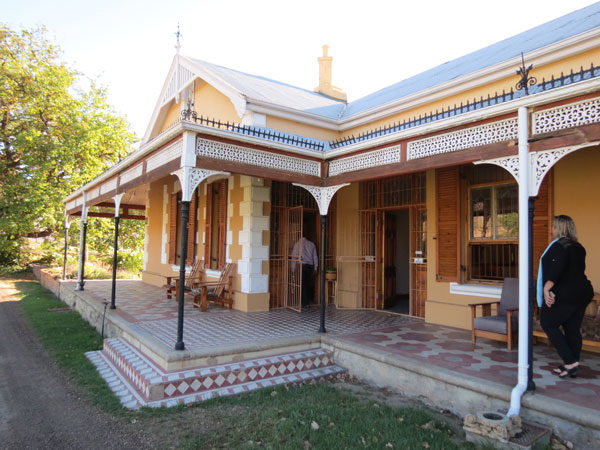 Traces of brandy’s early glory days are still evident in this renovated “brandy palace”, situated in the Hex River Valley near Worcester.

Jan van Ryn arrived in Cape Town from the Netherlands in 1845 to open bottle stores and, eventually, a distillery that bore the family name. Today, the Van Ryn’s distillery thrives and continues to be regarded as producer of some of the world’s best brandies.

René Santhagens, who was born in the historical Dutch territory of Batavia, came to South Africa in the 1890s to pursue a career as a distiller. His contribution is recognised as a significant contributor to quality brandy production today. His legacy also lives on in the Oude Molen distillery he established, which is now based in Elgin.

Visitor centres at Oude Molen and Van Ryn, as well as KWV’s House of Fire and Backsberg Estate, are the most comprehensive for visitors eager to learn more about the local history of the spirit. 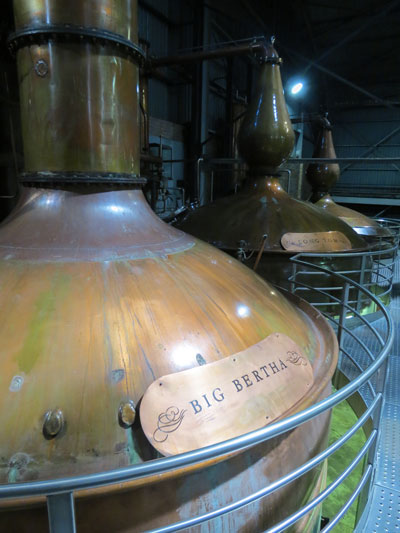 Potstills at Oude Molen in Elgin

For all the heritage of South African brandy, however, a fresh breeze has struck up, and one of the reasons may, in some part at least, be credited to another drink with prominent Dutch links – gin. Spurred by creativity, innovation and interest, our own gin “fever” that has burned for the past five years or so has touched other drinks categories, too. Assisted by a surge in premium brandies, the broader category has come under scrutiny, too.

Rapper celebrity Jack Parow has released his own eponymous brand of the amber spirit, while emerging new brands include the recently launched Karo Cape Brandy XO from Barrydale. 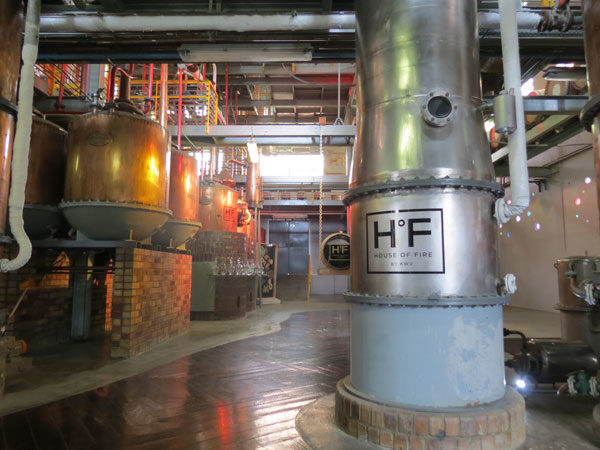 The House of Fire, situated in Paarl, is KWV’s showcase of the art of brandy making. 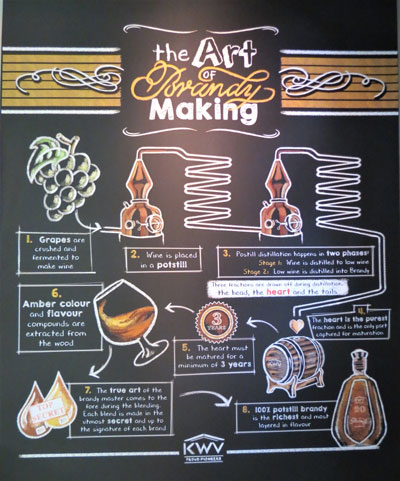 While better understanding and practices have resulted in top-quality brandy, distillation and maturation have remained a constant, as shown in this diagram from the KWV House of Fire.

Even gin makers have turned their gaze. “South Africans have seen over 400 story-rich brands grace the shelves in the gin category since its boom circa 2016, with fascination and fancy found in infusions, flavours and botanical blends. … Now, this innovation is happening in dark spirits, too,” remarked a media release from Musgrave Crafted Spirits last year, with the launch of its two new brandies made in collaboration with Van Ryn’s.

Musgrave’s infusions of vanilla and honey, mixed with a big and loyal following, were bold new additions, where the niche technique was generally limited to one or two microproducers’ use of ginger and buchu. 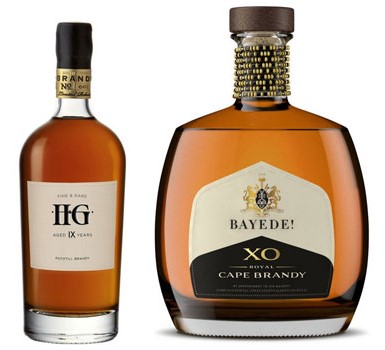 Six Dogs Distillery near Worcester also added brandy to its gin portfolio and included honey infusion, too. “In collaboration with renowned South African brandy distillers, Six Dogs made their selection for The Six Dogs XO Brandy from different distilleries and different vats before beginning the blending process,” declares the distillery website.

“Made from Chenin Blanc and Colombar grapes from the Western Cape wine region, each carefully selected brandy has been double-distilled in copper pot stills and aged in small French oak barrels for a minimum period of ten years. The result is a true collector’s item.” 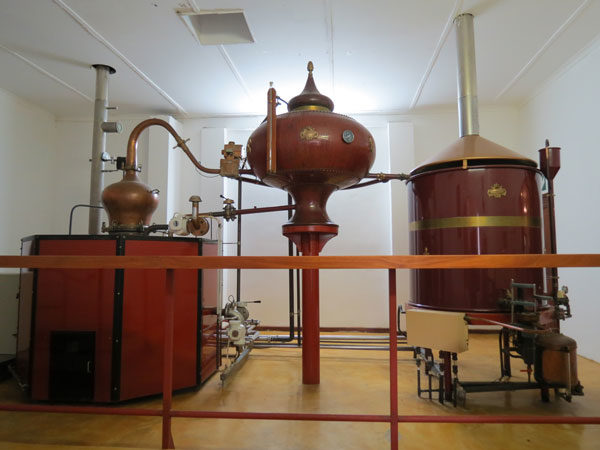 The French still used to make the brandy at Backsberg near Paarl.

Infusions have not been the only area for innovation. Bezalel Wine and Brandy Estate, near Upington in the Northern Cape, have introduced to their range a five-year-old brandy that is “wooded” with indigenous rooibos. 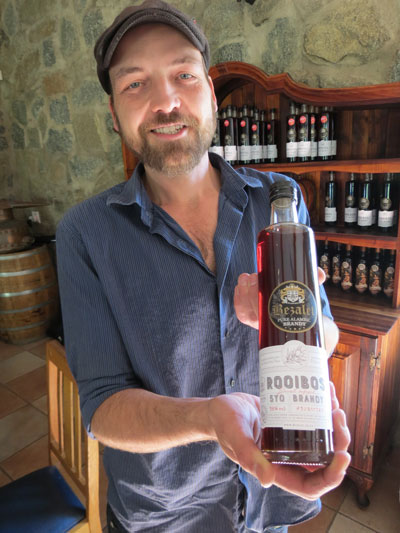 Furthermore, Free State distillery De Vry have launched their brandy and called it Boereraad – a reminder of the cultural significance of the spirit. As an aside, a cultural review on the topic of boererate, or traditional folk remedies, going back to previous centuries and titled Volksgeneeskuns in Suid-Afrika (2010, Protea), lists 8 705 recipes, of which 493 – some 6% – contain brandy as an ingredient.

At the ultra-premium end of the category, long-established brands were joined by Bayede! XO Royal Cape Brandy and H&G Potstill Brandy. The former is made by Oude Molen and is the first South African brandy to carry a royal warrant – distilled by appointment to King Goodwill Zwelithini kaBhekuzulu. The latter is produced at the Dalla Cia distillery in Stellenbosch – known predominantly for its grappa.

Enterprises like Cause Effect Cocktail Kitchen & Cape Brandy Bar, which was named 2019 Cocktail Bar of the Year and moved to the V&A Waterfront at the same time, have also served to carry the South African brandy name. 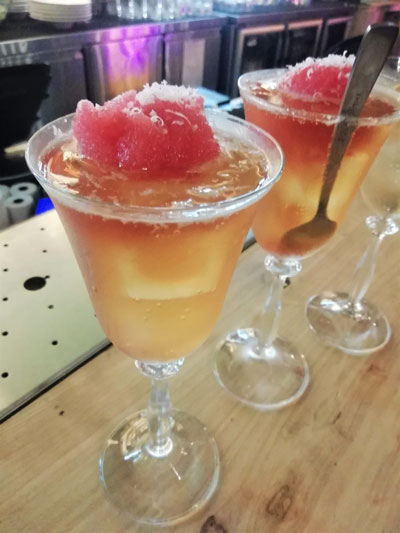 A brandy cocktail at Cause Effect at the V&A Waterfront

Today, the bar’s extensive offering of this heritage spirit at Cape Town’s premier location provides not only the Dutch, but also the rest of the world who flock here, a taste of history and excellence on South African soil.

For more about South African brandy, visit the websites of these industry member organisations: