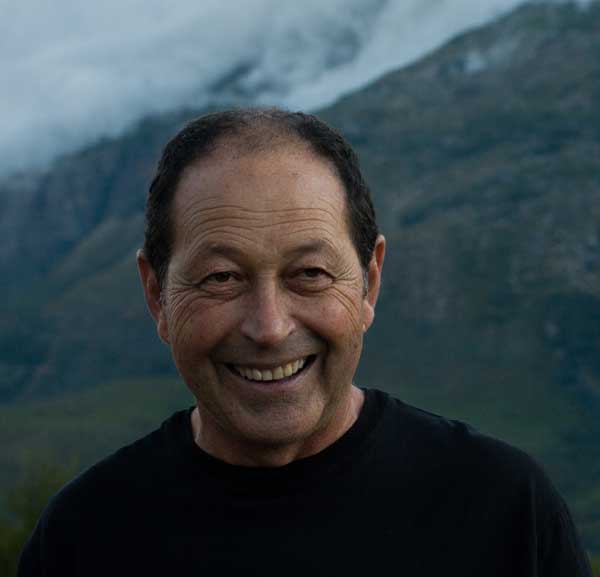 Recipient of the Jackson Pollock-Krasner Foundation Grant
Medal of Honour from the South African Academy of Arts and Science
Nominated for the Daimler Chrysler award for sculpture in Public Spaces 2008
Recipient of the Prince Claus Grant, Amsterdam, The Netherlands
Kanna Award at the Oudtshoorn Art Festival for best visual art projection in a musical in collaboration with the music of Laurinda Hofmeyr
Exhibitions and commissions on invitation have been done in South Korea, Turkey, Belgium, France, Sweden, Lithuania, Japan, Australia, Germany, England the Netherlands and Italy.
Has held many personal exhibitions in various art galleries and his work has been bought by numerous private and public collectors locally and abroad.

Studied art at the Universities of Stellenbosch and South Africa and the Hooge School Voor de Kunste, Utrecht, The Netherlands. The Academy of Art and Architecture, Praha, the Czech Republic and the Kent Institute of Art and Design Canterbury, England.

As a land artist in general he uses the materials provided by the chosen site. His sculptural forms take shape in relation to the landscape. It is a process of working with the natural world, using sand, water, wood, rocks etc. He shapes these elements into geometrical forms that participate with their environment, continually changing until their final probable destruction. He observes the fragility of beauty, while not lamenting its passing; what remains is a photographic image, a fragment of the imagination. While a visual record is materially all that is left, he also leaves us a reminder of the capacity, however feeble, of an individual to alter the universe by embracing the ceaseless changing of nature, actively contributing to it and, in so doing, modulating and beautifying the outcome.