“Our focus came to rest on Indian designers and merchants in the cloth trade, on the genres of African designs and on the process of production in India.” 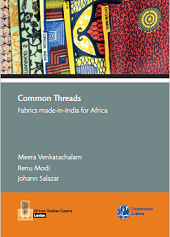 Common threads explores the ties that bind India and Africa through the material medium of cloth, from antiquity to the present. Cloth made in India has been sold across African markets for millennia by Indian, African and European traders. The history of this trade offers perspectives into the rich stories of bidirectional migrations of peoples across the Indian Ocean, the exchange of visual aesthetics and the coproduction of cultures in the two geographies. Common threads uses photographs to tell the story of the creation of these textiles in India, which today is concentrated in the small town of Jetpur in the Rajkot district of Gujarat. It sheds light on the artists and the agencies in India that are involved in the design, production and logistics of this enterprise. Most significantly, it highlights the role of African consumers in defining the evolution of these genres of fabric, and the centrality of people-to-people connections in sustaining the continued cosmopolitanism of these transoceanic connectivities.

Cliffordene Norton interviews Meera Venkatachalam, co-editor of Common threads: Fabrics made-in-India for Africa, about the history of the material trade between Africa and India. 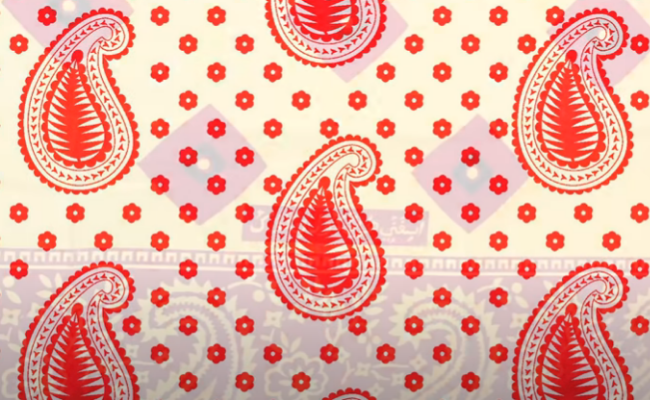 Congratulations on the publication of your book, Common threads: Fabrics made-in-India for Africa. What was the inspiration behind this book?

This project began when we learned that African prints were being made in factories around Mumbai for consumers all over Africa, from Nairobi to Lomé. We were well aware that African prints were manufactured in the Netherlands and, more recently, in China, but we did not know that the iconic wax print – among other types of cloth – was being designed and manufactured in India. So, we attempted to tell this story, contextualising India’s current role in producing cloth for Africa against the backdrop of its historical status as a major global cloth producer.

Why focus on this history of the textile trade?

It is well known that India was a major producer of cloth for millennia. But it is generally believed in India that the colonial era disrupted Indian cloth production – that raw materials were exported from India to Europe, and that British-manufactured goods were received into the Indian market. However, a glimpse into the textile trade between India and Africa in the colonial era reveals that the textile industry – especially in western India and Mumbai (then Bombay) – grew substantially in the colonial era by adapting to the demand for cloth in Africa. This phenomenon fuelled colonial Bombay’s industrialisation, a little-known historical fact. 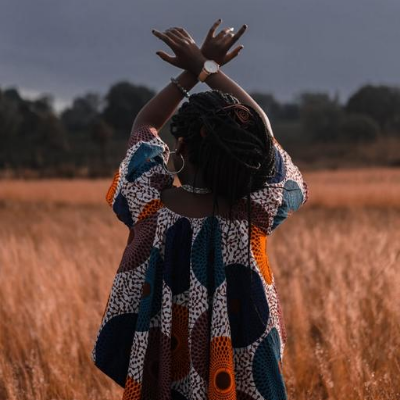 When did the textile trade between India and Africa start?

The spice route between India and Africa is well known. Has your research revealed any similarities or differences between these two trade routes/products?

We have attempted to historicise our work and to view current textile production in India for Africa against broader temporal trajectories. There are both continuities and discontinuities.

The current trade to East Africa may be viewed as a continuity of older precolonial and colonial routes and processes, which facilitated the circulation of peoples, goods and capital between India and East Africa. For instance, Indian families with strong links to the Indian diaspora in East Africa are engaged in the cloth trade today, relying on the know-how of Indians settled there, for conducting market research and negotiating access to markets. But today, we also find Indian traders operating in markets in West Africa – this is a new phenomenon, as, unlike in East Africa, Indian traders have never been present in West Africa in large numbers until now.

Common threads uses photographs to tell the story of the creation of these textiles in India. Why did you use this research method?

The patterns and designs represented in this cloth – from the East African kanga to what is known as kitenge – tell stories that are deeply embedded in the sociocultural matrixes of the people who wear them in Africa. We wanted to show as many of them as possible in our book.

Take us through the process of compiling and editing the book.

It has taken us three and a half years to put this together. We had to sift through large quantities of field notes, photographs and video clips generated out of our fieldwork. We also read previously published literature on the subject. Eventually, we began to see it fall into place, and our focus came to rest on Indian designers and merchants in the cloth trade, on the genres of African designs and on the process of production in India.

What did you edit out of this book?

As we began writing, we realised that we were telling the story not just of the cloth trade between India and Africa, but of other movements which were intertwined with the cloth trade – such as the slave trade from Africa to India, and free and unfree migrations of people from the Indian subcontinent to Africa. We tried to incorporate as many of these related phenomena as possible, while staying focused on cloth. Therefore, some of these themes are introduced very briefly, and many details which we would have liked to include are left out.

We also have a number of pictures of beautifully designed African wax prints and kangas which did not make it into the book! 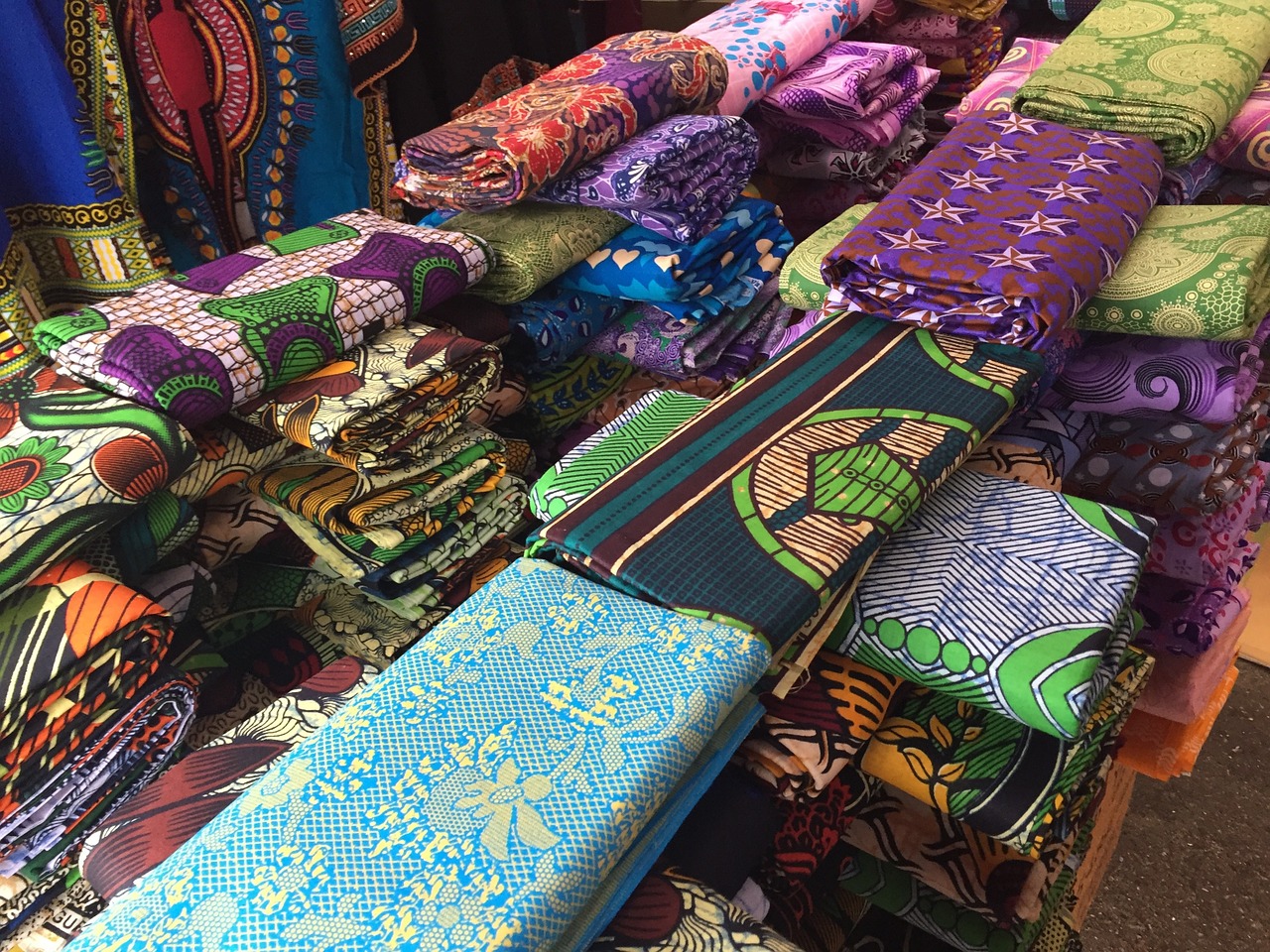 How would you bridge the gap from your research to research users?

We have tried to use as many visual aids as possible to achieve this, from the use of photographs to making a film.

How do you see this book impacting the field?

We hope to highlight the current Indian agency in producing cloth for Africa, which is not well known. We also hope to highlight other themes in the study of India-Africa relations and African studies, which are discussed only in passing in this book, but are in need of more research. For instance, thousands of itinerant African traders and entrepreneurs come to India several times a year to buy consumer goods for sale in their countries of origin. Also, India is home to a small but growing African diaspora now – and very little is known about this.

How do you feel about converting your research into the documentary Common threads – Fabrics from India for Africa?

Our film, also called Common threads: Fabrics made-in-India for Africa, was premiered at the Zanzibar International Film Festival in 2018 (ZIFF 2018) and was shortlisted in the documentaries section. It can be viewed at:

We made the film in order to reach a broader non-academic audience, and we hope this has been the case! We thank our publishers, ASCL, for working with us to produce the book, and we are pleased that it is open access.

Whiteness in Southern Africa – an interview