Every country, region or political bloc has the right to formulate cultural policies and strategies that serve their strategic interests in the economic, political, cultural or geo-security spheres.

But cultural cooperation and collaboration take place in structurally unequal contexts, in a world where the cultural hegemony of the economically and politically powerful is already assured.

The European Union is one of the most significant political, economic and cultural blocs globally, and its influence is experienced in multiple ways, through trade, military assistance, development aid, cultural partnerships eg through EU National Institutes of Culture (EUNIC) such as the Goethe Institute, French Institute and British Council, as well as through projecting its interests, perspectives and values via a range of global media platforms.

Thus, when the European Parliament formulates and implements a resolution that focuses on culture in international relations — as it did two years ago — it is not simply a resolution that has to do with promoting harmonious people-to-people relations across various divides; it is fundamentally about culture serving the soft power interests of the European bloc, as the Resolution itself declares.

Countries and regions outside of Europe do not co-formulate cultural policies with Europe, but they do experience the ramifications of such policies, with many countries in the Global South embracing these policies as they come with resources, or because such countries rarely have the capacity to interrogate such policies at government level. 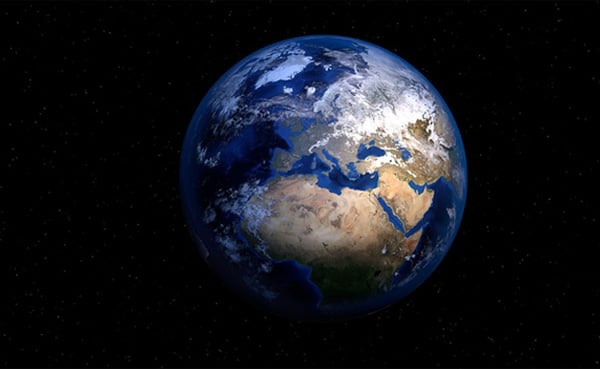 Objective 15 of the Resolution “welcomes…the cultural and creative industries as an important element of the EU’s strategy for international cultural relations; (with) these industries contribut(ing) to Europe’s ‘soft power’ in their role as ambassadors of European values…”

Objective 41 “emphasises the need to redefine the important role of national cultural institutes in intercultural exchanges, bearing in mind that some of these have long traditions with many contacts in third countries, allowing them to serve as a solid foundation for cooperation and communication among the various European players; points, furthermore, to their potential to promote and facilitate bilateral relationships between countries and to help develop and implement a European strategy for cultural diplomacy”.

The Resolution highlights the importance of culture as a means of soft power and as an instrument of projecting European values globally, not least through EUNIC agencies.

Cultural diplomacy and intercultural dialogue are soft power strategies that serve particular economic, political, security and related interests that cannot be divorced from the overall structural inequalities that prevail. The Resolution barely addresses social, political and economic injustices so that the deployment of culture to address symptoms of such inequalities, is weak and unsustainable.

The Resolution applauds the “decision of the International Criminal Court of 27 September 2016 in which Ahmad Al Faqi Mahdi was found guilty of the destruction of several mausoleums in Timbuktu and in which it ruled for the first time, in accordance with the Rome Statute, that the destruction of cultural heritage may be regarded as a war crime”.

The Rome Statute of the International Criminal Court was adopted in 1998. As such, it could only be applied to crimes that fell under its jurisdiction from that point forward or European countries, their leaders and army personnel would have been found guilty for similar destruction and looting of cultural heritage during the colonial period. Furthermore, there is a perception of hypocrisy in the application of such protection eg where the cultural heritage reflects the personages of those that may have been in conflict with Europe eg Muammar Gaddafi and Saddam Hussein, then it would appear to be acceptable that such heritage is destroyed, lest it provoke or invoke renewed support for the ideas of such personages.

Europe’s lack of condemnation of Israel’s destruction of cultural institutions in Palestine eg the bombing of the al-Meshal Foundation’s cultural centre in Gaza in August 2018, renders the Resolution suspect in its biases, and affirms culture as an extension of Europe’s policies with regard to international relations.

The Resolution frequently mentions the role of culture as an instrument of soft power, as a means of dialogue, as a platform for projecting European values, as a front in the “war on terror”, and a tool against radicalisation and terrorism.

The Resolution does not attempt to address the causes of radicalisation — the social, economic, political and cultural inequities and the alienation that these lead to, neither does the Resolution appear to address nationalistic radicalisation and terrorism which has led to an increase in hate crimes committed by white people on people of colour within Europe over the last while.

Objective 6 “calls for artistic freedom of expression to be promoted as a value and an endeavour of the European Union, fostering free dialogue and the exchange of good practices at international level”, with Objective 71 underlining the EU’s foundations based on “the values of respect for human dignity, freedom, democracy, equality, the rule of law and respect for human rights…”

While the Universal Declaration for Human Rights states that “all human beings are born free and equal in dignity and rights”, most people in the Global South know that they do not enjoy the same rights and that they will not be treated with the same dignity as their European counterparts. Europeans may travel globally to more than 150 countries without visas and sell their labour relatively freely, whereas workers from the Global South and Africa in particular, find it nearly impossible to travel and work abroad, even though remittances to Africa account for a significant part of Africa’s GDP, and even though many wealthy countries grew their economies by forcibly kidnapping and removing Africans from their continent to work as cheap, slave labour.

Europe promotes individual human rights, but all Africans are treated as a group, as if they are the same, with no distinction made based on education, gender, skills, social status, etc. It would be unacceptable to distinguish between people on the basis of these characteristics in determining mobility, but the point being made is that none of these factors matter more than the “race” and continent of origin of Africans when it comes to treating them with dignity and respect as human beings who enjoy the same rights as white people.

There is little value in promoting culture as a means of anti-radicalisation or as a means of intercultural dialogue when European repression of human rights and undermining of dignity contribute to radicalism.

In a world of systemic inequity, artists would do well to ask whose interests they serve when participating in “intercultural” or “cultural diplomacy” projects.