We were invited recently to perform When swallows cry – my play about African migrants and refugees – in Malmo, Sweden, at the General Assembly of the International Cities of Refuge Network (ICORN). Cities that are part of this network provide accommodation and support for artists who are obliged to flee their countries for political reasons. 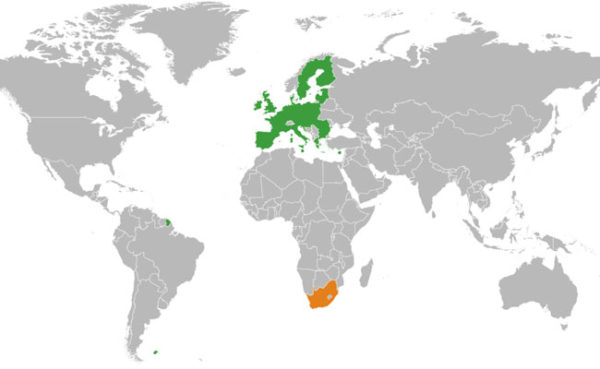 The three actors were required, of course, to apply for Schengen visas. One of the actors had a single-entry, 30-day Schengen visa, as he, coincidentally, had had another performance in Denmark a couple of weeks before the performance in Sweden. Since this Schengen visa expired on 7 May, the day of our final performance, he applied to the Swedish embassy for a new visa, which he obtained for a three-month period from 8 May.

When the actor attempted to board his flight with his fellow actors in Cape Town on 1 May, though, he was prevented from doing so by the airline, as his Danish-issued Schengen visa was no longer valid, having been used for the earlier performance in Copenhagen. Many desperate phone calls, emails and WhatsApp messages later – made more desperate by all institutions being closed on 1 May, as it was a public holiday – we learned that a regulation had prevented the Swedish embassy from issuing a visa that was concurrent with a “live” visa, so that they could only issue their visa from 8 May after the expiry of the Danish visa. Technically, though, being a single-entry visa, the Danish visa had expired after its use a couple of weeks earlier, notwithstanding the later date of its expiry.

Eventually, special permission had to be granted for the Swedish-Schengen visa to be issued from an earlier date, and the actor had to fly to the embassy in Pretoria at additional expense, obtain the visa and then fly out the next day to reach Malmo, arriving about three hours before he was required to perform the full play at the ICORN Assembly on 3 May.

There were three ironies in this real-life experience. First, the play deals with the fundamental issue of mobility – on the one hand, the freedom with which a Westerner is able to travel visa-less to Africa, while, on the other hand, Africans have great difficulty obtaining entry to Global North countries. (A report produced by Unesco in 2017 showed that artists from Global North countries are generally able to travel to more than 150 countries without a visa, while their African counterparts can travel to about half that number.) A second irony was that participants in the ICORN Assembly at which the play was to be performed spend much of their time arranging visas for artists who need to leave their respective countries hurriedly because of political harassment. Finally, the cast comprises three actors, with two black actors and one white actor; rather than the difficulties usually experienced by black people seeking to travel north, in this case, it was the white actor who experienced the visa challenges.

The incident also affirmed the Kafkaesque bureaucracy of so-called “civilised” and “efficient” societies; surely the person issuing the visa saw that the first visa had expired due to it being a used, single-entry visa? It also showed the extent to which immigration and security matters are now outsourced to the airlines; so afraid are they of receiving huge fines for allowing on board passengers without scrupulously valid visas, that they assume a hard-line, technical and black-white approach with no room for negotiation and nuance. Embassies increasingly outsource the visa application process to third-party commercial companies so that these companies, too, do not risk their commercial interests by doing anything other than according to strict regulations and guidelines provided by the relevant embassy, as was the case in this particular incident, too.

Mobility of people reflects the fundamental and structural inequities in the world, inherited from a colonial past, exacerbated by globalisation and sharpened by the migration concerns and security interests of particularly Global North, “liberal democratic” countries.

One of the top contributors to Africa’s GDP is remittances from abroad, so that in the interests of development and the alleviation of poverty on the continent, more Africans should be allowed to sell their labour abroad. This, however, is not the case, unlike the capacity of individuals from generally white, wealthy countries to travel and work with far greater freedom. At best, countries in the Global North cherry-pick the labour and skills they want from Africa – doctors, nurses, footballers …

The irony is that not that long ago, Africans were forcibly taken from Africa to work as slaves in Global North countries and their colonies, providing cheap, coerced labour to drive economic growth in those countries. Now that Africans wish to migrate or sell their labour – whether temporarily or otherwise – in such countries voluntarily, they are prevented or restricted from doing so, being viewed as among the least economically attractive immigrants.

But this is not only a North-South issue; South Africa has closed its borders to people from other countries on the African continent. It is hypocritical to demand greater freedom of mobility for Africans globally if South Africa restricts such movement. African countries – like Rwanda and, more recently, Ethiopia – have announced that they will open their borders to all Africans, without the need for visas; or, African travellers may obtain visas on arrival.

On this the 70th anniversary of the Universal Declaration of Human Rights, the huge inequities regarding the mobility of people are a stark reminder that a fundamental clause of the Declaration – “all human beings are born free and equal in human rights and dignity” – is simply not true.