Barry Gilder is currently Director Operations of the Mapungubwe Institute for Strategic Reflection (MISTRA). Barry Gilder is one of South Africa’s most important revolutionaries that fought against apartheid. He was born in Durban in 1950. He served on the national executive of the National Union of South African Students (NUSAS) in 1974/5.

He went into exile in 1976 where he served in various capacities with the African National Congress. He returned to South Africa in 1991. He worked with the Matla Trust, set up by Nelson Mandela to provide voter education, from 1992 to 1994.

He is the author of the novel The List, Jacana, 2018, and of Songs and Secrets: South Africa from Liberation to Governance, Jacana, Hurst 2012. He holds a Master of Arts in Creative Writing from the University of the Witwatersrand. 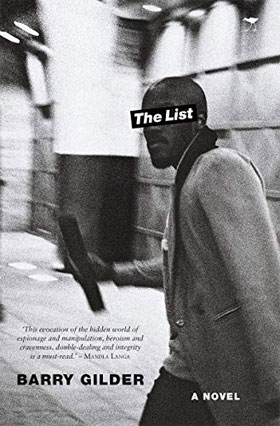 Although conceived well before the ANC’s 2017 elective conference, The List imagines a “New Dawn” for South Africa in the closing years of the 2010s. But, is it dawn or dusk?

Rumours have abounded since the early days of South African democracy, of a list given to Nelson Mandela by apartheid securocrats of their agents infiltrated into the upper echelons of the ANC during the struggle years.

These rumours gained new currency with the death of Winnie Madikizela-Mandela in April 2018 and the revelations of the machinations of apartheid’s Stratcom securocrats.

The List tells the story of a group of veterans of MK (Umkhonto we Sizwe), of ANC intelligence and of the post-apartheid intelligence service, who are formed into a highly secret task team by the newly elected president to investigate the possibility of such remnants of apartheid security threatening to sabotage the radical changes he is planning.

The List follows these veterans and their nemeses through the struggle years, exile, the MK camps and into the years of democracy and hope, disillusion and hope again.

And then observes while the struggle veterans painstakingly attempt to pick through the detritus of the old regime in the new.

But just as the moment of optimism begins to blossom, the task team uncovers a ghastly betrayal. Is it too late to save the President and the country? 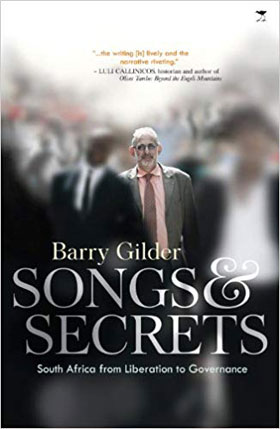 A decade into its hard-won democracy South Africa and its ruling party, the ANC, went through turbulent times.

The deteriorating relationship between party and country president, Thabo Mbeki, and his deputy, Jacob Zuma; the dismissal of Zuma as Deputy President of the country; Zuma’s defeat of Mbeki in ANC presidential elections and the recall of Mbeki as South African President are events that left many ANC cadres politically and emotionally aghast.

Were these events the result of personal enmity between two bulls in the same kraal? Were they the beginnings of the break-up of the broad church that the ANC had become to unite all forces in the struggle against apartheid? Was this the inevitable outcome of the transition of the ANC from liberation movement to government?

Or did the roots lie in the global dynamic that allowed South Africa its freedom as the cold war cooled completely; as the century of world wars, liberation struggles and global class struggles entered its dying years?

Songs and Secrets explores these questions through the viewfinder of a participant. It follows the author into the ANC’s military camps in Angola; to Moscow for intelligence training; to the  underground in Botswana  and into leadership positions in the administration of the new government.

The book explores the personal, political, psychological and historical realities that gave birth to the new South Africa. It unpacks the oft-ignored conditions in which the ANC government had to try to turn apartheid around.

Songs and Secrets is written in an anecdotal, cinematic style – providing glimpses into the small and big events that marked the author’s journey through the three decades of history that led South Africa and the ANC to the challenges they face today.

Please register for this event by email.

Both books can be purchased after the event.