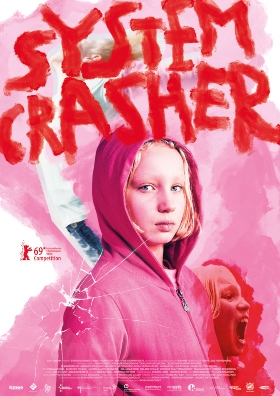 Bernadette, or Benni as she is referred to, might at first seem like a normal 9-year-old girl, but she is not. Not to be fooled by her pale skin, white hair, strikingly cold blue eyes and small demeanour, it quickly becomes evident that she is dangerous – very dangerous. She poses a threat not only to herself, but to others as well.

Wherever she ends up, she is immediately expelled and this has led to her having become known as what child welfare services call a “system crasher”.

A system crasher, according to this German film, is a welfare child whose behaviour is antisocial and out of control, a child for whom a suitable home or foster home ultimately cannot be found. These children are too violent to remain in foster care or a group home and sometimes too young for confined in-treatment programmes. No one wants to take on these “problem” children, which results in their constantly being moved from one place to another.

System crasher, or Systemsprenger in German, is a 2019 drama film directed by Nora Fingscheidt. This film is Fingscheidt’s debut film and was selected as the German entry for the Best International Feature Film at the 92nd Academy Awards.

The film follows the life of the young Benni (Helena Zengel) and her journey through Germany’s welfare system. Benni has one goal: to be back at home and live with her mother.

Benni is not someone to underestimate. She regularly has violent outbursts when she does not get her way, hurts herself and attacks other kids and people. It is thought that her behavioural problems are the result of an early childhood trauma where she was suffocated with a diaper. This incident led to Benni’s not wanting anyone to touch her face. If anyone except her mother touches her face, it is sure to set her off.

Her single mother Bianca Klaass (Lisa Hagmeister), who is in an abusive relationship, isn’t able to cope and has had to hand her daughter over to social services. She admits that she is afraid of her own daughter and afraid of the risk Benni’s behaviour holds for her two younger siblings.

Benni’s child welfare caseworker, Maria Bafané (Gabriela Maria Schmeide), is just about the only person who hasn’t given up on her and is determined to find her a place to call home, even though she’s been expelled from so many foster homes that the rest refuse to take her without even giving her a chance. After many desperate attempts to find her a home, she finally gets a temporary space in a group home where she’s assigned a school escort, Micha Heller (Albrecht Schuch), whose job it is to make sure she gets to school and back – quite frankly an impossible task, since Benni refuses to go to school.

Desperate to come up with new ways to help Benni, Micha suggests taking her to a cabin he owns in the woods, for three weeks of farm work, fresh mountain air and one-on-one attention. At first her other care workers are sceptical, commenting that they have tried everything from therapy and medication to medical tests, but nothing seems to work. Finally everyone agrees to Micha’s unconventional method, and off the two of them go. 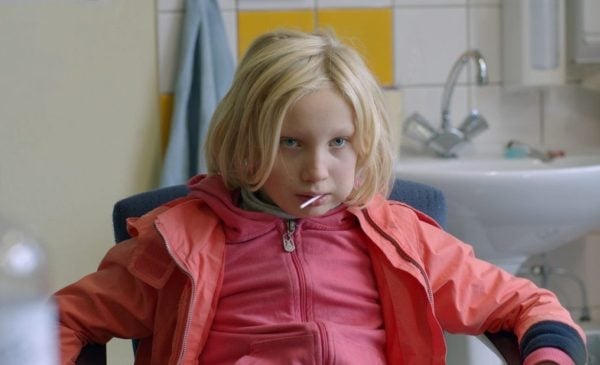 Although things start of rockily, with Benni struggling to adapt to the idea of a no-electricity back-to-basics lifestyle, they soon takes a turn for the better. One sees a change in her behaviour and thinks the film might be heading for a clichéd happy ending, but it turns out everything is not that straightforward and things take a turn for the worse yet again. As soon as Benni is back the tantrums start again and she begs Micha to take her home with him.

Micha, breaking all rules, allows her to stay at his own home for one night, putting his pregnant wife (Maryam Zaree) and newborn baby in danger. Micha soon realises he is losing his professionalism and mentions he has what he calls “rescue fantasies” – an idealistic dream that he can “change” Benni for the better. Yet again everyone is back to square one with Benni, and it once again feels as though no progress has been made with her, and her caregivers worry that maybe no progress will ever be made.

Although a happy ending is initially expected for this film, it is not the case. The film almost ends with an anti-climax, leaving viewers hanging and wondering what happens next. One is left confused and disappointed with the ending, expecting some closure but not getting any – but this is actually the point of the film, to show us that in this case, with Benni, there might not ever be a happy ending.

Tomorrow would just be another day to try to make progress with her yet again. Unfortunately there is no confirmation that progress will ever be made, and no one, including the viewer, knows where that will eventually leave Benni. 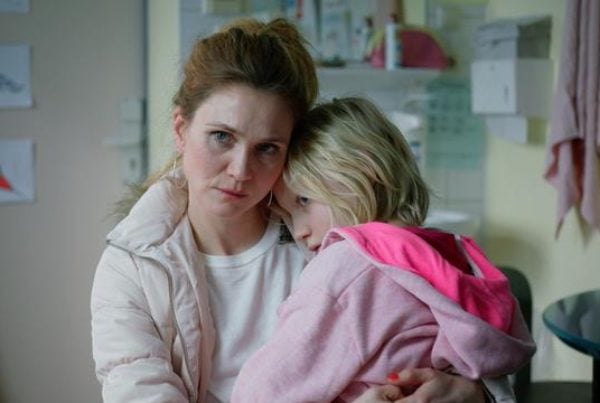 This unique film explores the sensitive topic of children growing up in child welfare and poses difficult questions about what is to be done with severely traumatised children who struggle to adapt to any circumstance. The brutal reality, as the film shows, is that sometimes it is nearly impossible to make progress with a child, and after all possible resources have been used, caregivers are left standing with their backs to the wall wondering what on earth to try next.

The film shows the exasperation of professional caregivers who can’t accommodate every child in the system, and the welfare also has to weigh up the majority of children in placement against the one extremely violent child – in this case Benni.

This film shows how, tragically, early childhood trauma can lead to lifelong complications for a child, affecting them for the rest of their life. The film also emphasises how parents who give their children up to welfare also do not understand the implications this has on the child.

On numerous occasions Benni’s mother lets her down by making empty promises. She clearly does not understand the damaging impact this has on Benni, who despite everything still looks up to her mother and hopes to be able to live with her again. 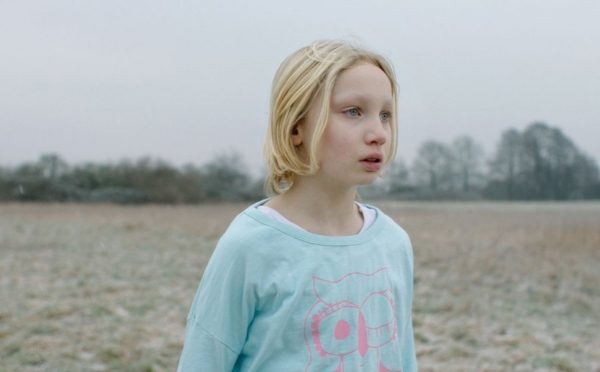 Director Fingscheidt emphasises the importance of young children’s need to feel safe and loved and the negative impact being neglected can have on a child: “Humans have this need for unconditional love when you are young and fragile. [This film is about] what happens when you are neglected.”

System crasher asks important questions and leaves one with a lot to think about, and perhaps the most disheartening thing about the film is not Benni’s traumatic past, but rather the influence this has on her future as well.

This film asks tough questions about children in welfare and ultimately shows that answers to these questions are limited. If every option has been explored countless times and all resources exhausted, where does that leave everyone? What, then, is the next step?