In less than a month, South Africans will go to the polls, after which there will be much celebration of “25 years of democracy”, of our sixth “substantially free and fair” election and of “one of the most progressive constitutions in the world”.

In reality, if the last 25 years are anything to go by, all that would have happened is that the gullible, hopeful citizens of this country would have engaged in an orderly, five-yearly exercise to return to power a party who have consistently abused their power and rendered our Constitution largely meaningless.

Today, tomorrow and the next day, the ANC will roll out their charming president to convince the electorate to give the ruling party another chance, to strengthen the hands of those who are clearing out the party rot and who are committed to resetting the moral compass of the country in the direction of the values enshrined in the Constitution.

Such was the beating that the party took in the 2014 local government elections, when it lost the major urban centres of Pretoria, Johannesburg and Nelson Mandela Bay to the opposition, in addition to its perennial loss of Cape Town, that the party has had no option but to give the impression that it is “self-correcting”, in order to have another five years of looting the public purse and bestowing patronage on its supporters within the political and economic elite. 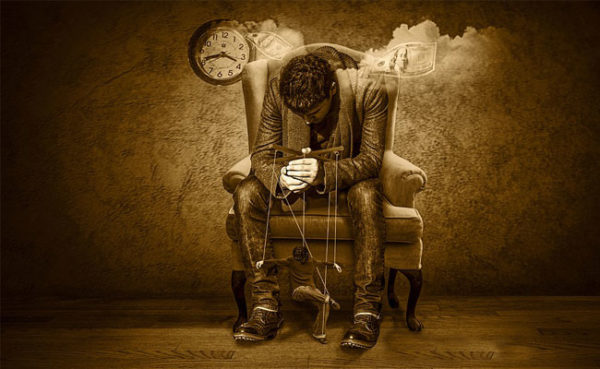 If anything reflects the dastardly assault on the country’s Constitution and its institutions designed to protect ordinary citizens against the abuse of power by those in political office, it is the recent evidence led at the Zondo Commission of Inquiry into State Capture, which showed a 92% conviction rate for the Scorpions before they were shut down; since then, more than 700 cases have been handled by the Special Investigating Unit, and not a single successful prosecution has emanated from these!

The police force, the elite crime-fighting unit, the prosecuting authority and the public protector have been rendered toothless; state-owned enterprises have been looted of billions; the public broadcaster has been crippled; local, provincial and national departments have become the ATMs of ANC politicians and their criminal cronies, and even the ANC-dominated parliament has been reprimanded by the Constitutional Court for its role in subverting the Constitution.

In the meantime, the people, the expectant voters, have continued to suffer and to be abused. The quality of basic education has declined, unemployment has spiked to record levels, inequality and poverty have deepened, and disease reaps its high daily death toll, as does violent crime. But, it is they, the voters – particularly the most desperate among them – who again will be cynically manipulated by politicians with their free T-shirts, food parcels and empty promises in what – for them – is little more than a game of thrones, in which they and their faction will continue to loot, abuse their power, sow division, lie and wreck the Constitution with utter impunity.

If anything changes for the better after the election, at best it will be a return to the less overt and more sophisticated corruption and abuse of state resources of the Mbeki era.

Those who aided and abetted the looters over the last number of years are still in power; they still hold senior positions in the ruling party. A few weeks before the election, they have condemned the disruption of the launch of a book about extensive allegations of corruption against the party’s Secretary General; no doubt concerned about the impact of such actions on the party at this stage in the election campaign, they are claiming that such actions are not consistent with the values of the ANC. The election list of the ruling party – which includes some of the most notorious individuals, who have had serious allegations of abuse of power and of state resources made against them – in fact confirms that the thuggish actions of those who disrupted the book launch and threatened to burn copies of the book are exactly consistent with the values of the ANC. Wrecking a book launch is nothing compared with wrecking the country’s Constitution, its finances and its law enforcement agencies, all of which have happened under the current leadership of the ANC.

A few years ago, some of those now shouting the loudest against the disruption of the book launch, were themselves calling for the destruction of an art work, The spear by Brett Murray, a work that anticipated and commented on the symbolic rape of the public purse by the former president, Zuma, and his numerous accomplices. These “democrats” demanded that the City Press remove the image of the painting from its website; they marched on the gallery to demand that the painting be removed, and were completely silent when the painting was wrecked by two people who painted over it, no doubt believing that they had the sanction and support of those in power.

But, then, they were also silent when, just a couple of months later, 34 miners were massacred. And, they were not silent about – but, in fact, volubly defended – the exorbitant and illegal expenditure on the then president’s personal homestead, which began to be exposed at that time. Now that it is convenient to serve their factional interests, they try to project their image as democrats, as defenders of the media and of freedom of expression, as upholders of the rule of law and of the Constitution, when they are, in fact, the architects of and accomplices in the very wrecking of these.

If they want to destroy their party, that is their business. But, to have methodically wrecked many of the country’s key institutions, and to have blatantly squandered the opportunities and goodwill to make anew our society for everyone, particularly for those who hoped for a better, longer life, is unforgivable. And then, these traitors of the vision for a post-apartheid South Africa, these traitors of the Constitution, have dared to label as traitors those who have sought to point out the error of their ways. Now, they would have us believe that they are “self-correcting”, with many of these traitors still in leadership positions and high on their electoral list.

How dare they ask for, how dare we give them, “another chance”?