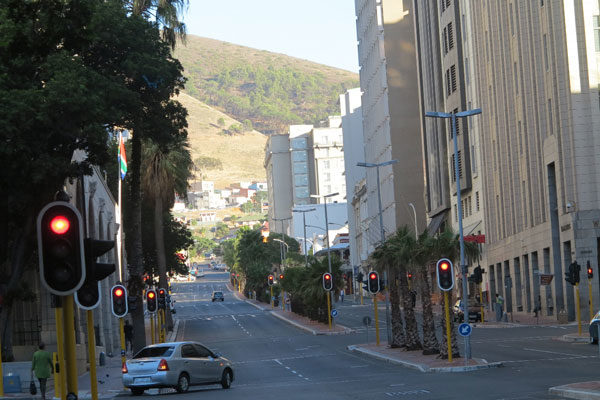 Wale Street, well known as a route that makes connections, up to the Bo-Kaap, down to Adderley Street (towards the sea) 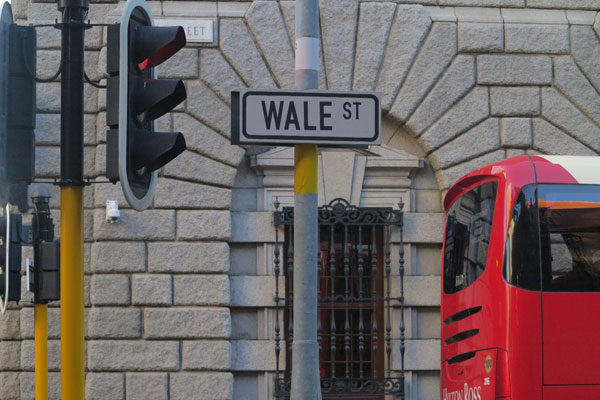 Central Cape Town remains an exciting venue for the visitor. There’s so much to do – like choosing a good breakfast venue before starting off on a walking tour. Granted, B&Bs and hotels supply scrumptious breakfasts, but sometimes a change can be as good as a holiday – or, just some new place to take your tea. The area around Wale Street abounds with all kinds of eateries, from the posh, upmarket five-star kind of places, to the less known small coffee shops. And, this all interspersed among five-star sightseeing and beautiful spiritual and cultural experiences. 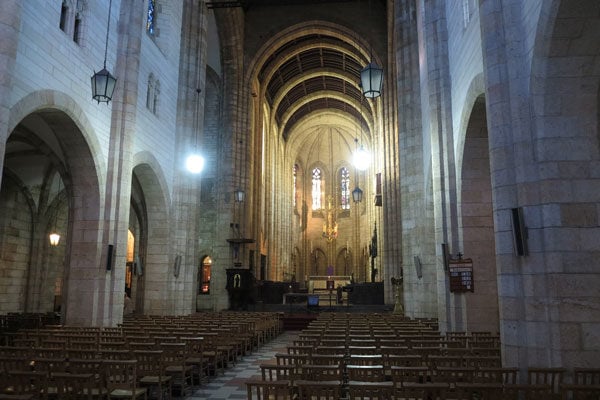 An early morning visit to St George’s Cathedral is sure to begin the day on a lovely spiritual note. Known as the “people’s cathedral”, it stands as a bastion against apartheid. It’s the oldest cathedral in South Africa and the mother church of the Anglican Diocese of Cape Town. The buildings are historic, dating back to Cape Town’s early colonial period. Visit the website https://sgcathedral.co.za. Its design is based on the style of St Pancras in London, and it was opened as far back as 1834, with further additions such as the laying of a belated foundation stone in 1901 by His Royal Majesty George V, at that stage HRH the Duke of Cornwall. As recently as 2011, Prince Charles and Camilla attended a service in the cathedral.

Across the road is the Taj Hotel, one of several five-star hotels in Cape Town. Visit the website https://taj.tajhotels.com/en-in/taj-cape-town/, and visit the following site to see more of this standard of hotel in Cape Town: https://www.trivago.co.za. Breakfast here is a dream, with many different kinds to choose from, from the simple croissant with coffee, to the more filling and elaborate “eggs to order”. In between, there are delicious fresh selections of fruit, yoghurt and cheese. The Mint Restaurant is particularly airy and excellently lit up, and for dinnertime it sports award-winning South African wines. 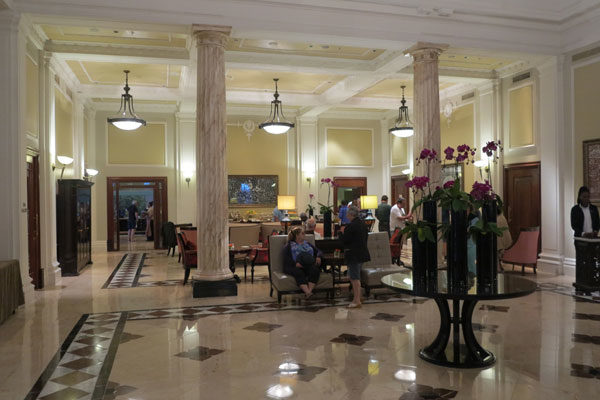 The foyer of the Taj, Cape Town – with a friendly atmosphere and classic dimensions 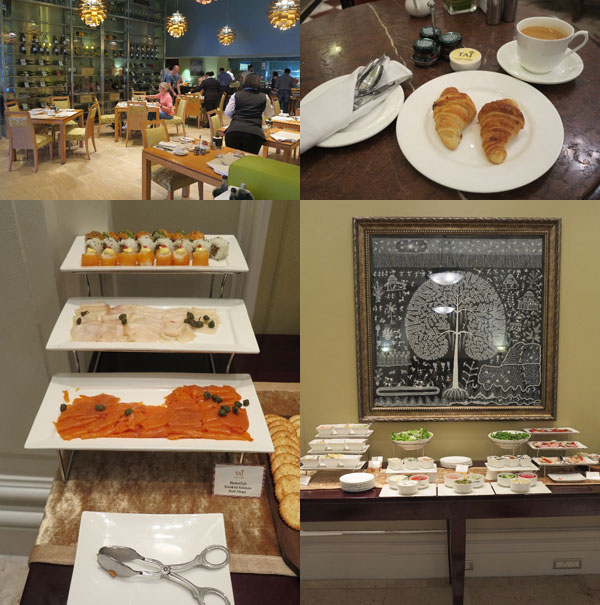 Continental breakfast at the Taj – or, a variety of different breakfasts are on offer!

Long before it became the Taj, the building operated as a bank. Its original design by architect James Morris was influenced by Italian Renaissance architecture, and he modelled the building on the Medicis’ Palazzo Pitti in the Oltrarno (the other side of the River Arno) of the city of Florence. The project was completed in 1932, at which time the reserve bank initiated operations there until 1968, when the building was taken over by a very old Cape Town trust company, the Board of Executors. Then, in 2010, the Taj was bought and transformed into what it is today – one of the several five-star establishments in the Mother City.

Leaving the Taj can be a surprise for the itinerant in search of historic phenomena in the city. You do not need to go much further than the historic St George’s Mall, once a city street and now converted into a popular pedestrian area lined with shops and crafts. Buskers, dancers, drummers, street artists and stalls with local crafts enable the tourist to cover an exciting distance of approximately 500 metres, walking down to the other side of Strand Street, not too far from the Cape Town International Convention Centre. But, for now, we are staying in the upper St George’s area – for more details, visit https://www.sa-venues.com/attractionswc/st-georges-mall.htm.

In the area immediately adjacent to the Taj, on Wale Street, is a remnant of one of the Western world’s worst scourges – a piece of the Berlin Wall. This was given as a gift to the late former South African president, Nelson Mandela, South Africa’s renowned civil rights activist. It has appropriately been moved to this position, as it stands alongside Mandela.

For Mandela Rhodes Place, visit https://mandelarhodesplace.co.za/, and for a write-up on the Berlin Wall in Cape Town, go to https://www.capetownpartnership.co.za/2010/02/berlin-wall-at-st-georges-mall/.

CEO of the Mandela Rhodes Foundation, Shaun Johnson, remarked about the piece of the Berlin Wall: “They said the piece had originally been a gift to Nelson Mandela and to the people of the country, and that it should be available for public display.” Hence its position for all to see and be reminded of the atrocious divided past of the city of Berlin – and, at the same time, remembering South Africa’s terrible past in which South Africans were divided because of apartheid. 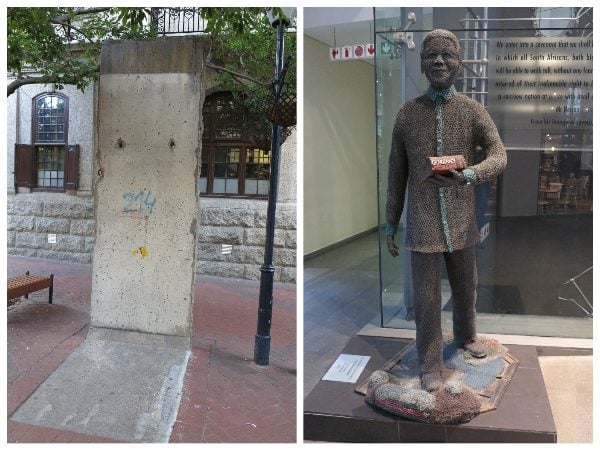 Left: a piece of the Berlin Wall on St George’s Mall; right: a statue of Nelson Mandela inside the foyer of the Rhodes Mandela Place on the corner of Wale Street and St George’s Mall, diagonally opposite St George’s Cathedral

Of immense significance to the city of Cape Town is the Robert Gray Monument, which takes pride of place at the north end of the mall. Its inscription reads: “Erected by Public subscription in memory of Robert Gray D. D. First Bishop of Cape Town and Metropolitan Consecrated on St Peter’s Day 1847 Deceased September 1st 1872”. The monument once stood in the cathedral grounds and the plinth is still there to be seen, but now the statue itself has been moved across to Wale Street, where it’s a lot more accessible to the tourist and visitor. Standing seven metres high, it is in polished pink granite, with an Ionic column surmounted by a ball and metal cross set on a Portland stone pedestal with corner urns and granite and sandstone pillars, and is now set on a new plinth, undoubtedly Cape granite. The work is that of architect William Butterfield and was completed in 1876. Gray arrived in Cape Town in February 1848 after being consecrated as a bishop in Westminster Abbey on St Peter’s Day in 1847. Sophie Gray, his wife, is well known for her architectural designs of Anglican churches scattered throughout the Cape. The Grays are buried in the graveyard of St Saviour’s Claremont. Sophie Gray will always be remembered as “the constant companion of Robert Gray on his travels, the untiring amanuensis and accountant, the skilful designer of churches, the brightness and stay of his home life at Bishopscourt” (words by church scholar Ernest Hermitage Day). 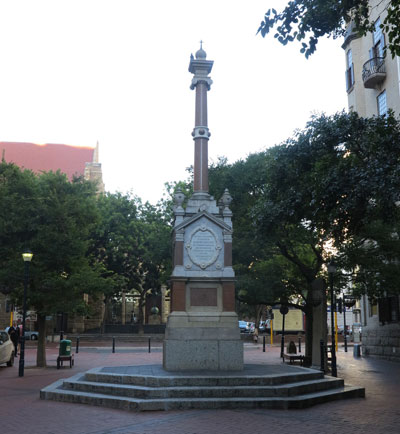 Church music lovers can check out the latest musical items in the cathedral, regularly published on the billboard in the grounds, and be assured of world-class performances from a highly skilled choir and music staff. Also, at the top end of the mall are curio shops selling a wide range of artefacts and Cape Town and Africa memorabilia. 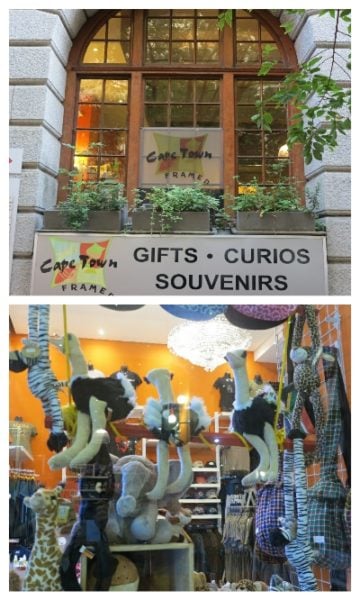 A wide range of gift and curio stores is found in the area of St George’s Mall.

Visitors to the area wanting a slightly different breakfast experience have several options other than in the very formal five-star establishment. Doppio Zero would be a good choice for its vibe, excellent service and fine breakfasts. There’s nothing like the Full Monty breakfast, made with love by chef Robert Chiedza Watinaye (see picture below, published with Mr Watinaye’s permission). 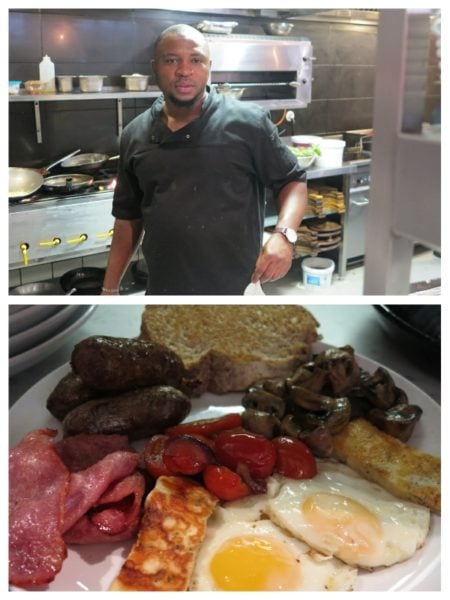 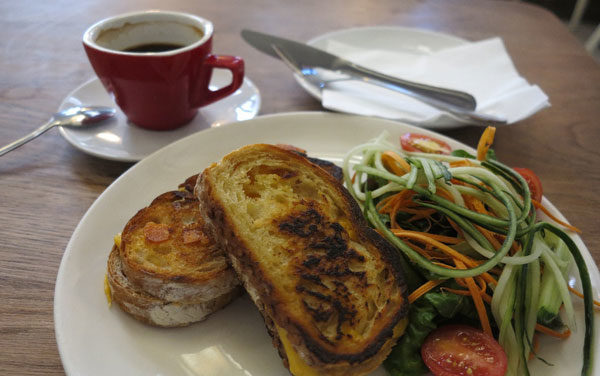 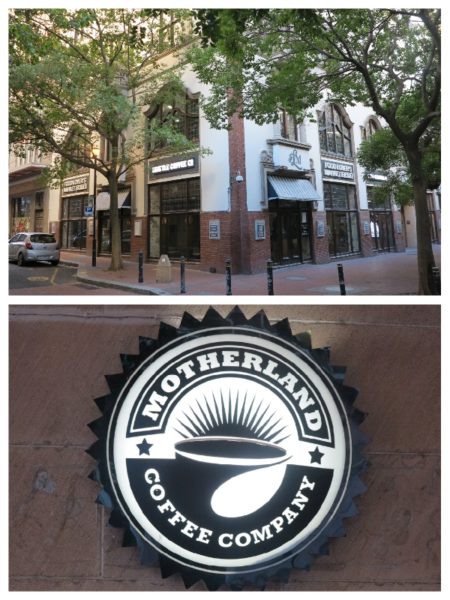 Browsing, shopping and sightseeing in the area bring so much to the eye, such as building styles from Victorian to Art Deco – Cape Town as it once was: Newspaper House, the sentinel reporter at the time of South Africa’s darkest hour; Seattle Coffee Company; and hidden away gems such as a no 27, a nameless coffee place in Church Street. 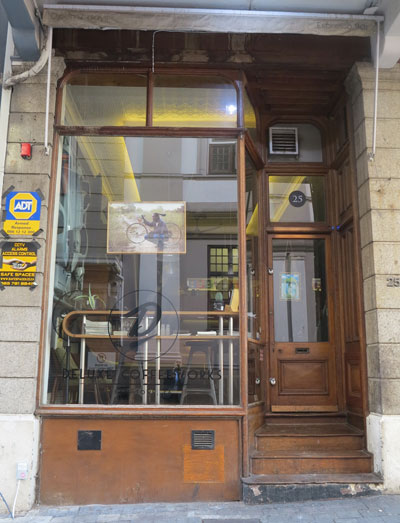 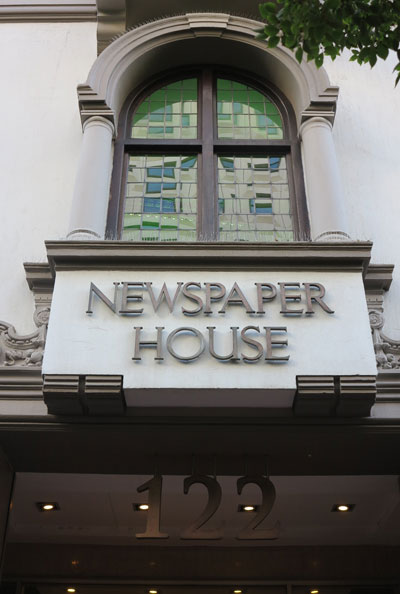 Newspaper House on the corner of St George’s Mall and Church Street. Built in 1836, it’s been the centre of Cape Town’s journalism ever since.

As a famous Capetonian once said: “There’s so much to do …” This is Cape Town – lots to explore. It’s all a feast for the tourist and visitor, and also for locals who love their city!