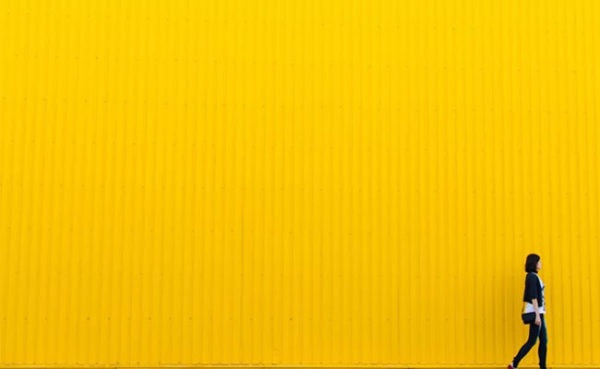 Three decades ago, there was a sense of euphoria in the world. The Berlin Wall had collapsed and with it, the Cold War had ended, and it was expected that liberal democracy, the handmaiden of the free market, would usher in a new era of prosperity, human well-being and political stability.

1989 was also when the winds of change began to sweep through South Africa. Proscribed political organisations were unbanned, political prisoners released, and the dream of “the rainbow nation”, people of different hues separated by apartheid, now living together in harmony, was unleashed.

Yet, one generation on, we live in a heavily polarised world, with more walls today than ever before. According to a report by the Transnational Institute in the Netherlands, at the end of World War 2, there were 7 border walls around the world. By the time the Berlin Wall fell, there were more than 15. Today, however, there are at least 77 walls, including more than 1000km of fences in Europe, more than six times the length of the Berlin Wall. Many of these walls and fences have been built since the influx of refugees from wars in Syria, Afghanistan, Iraq and Africa in 2015.

The report states that at least 900 million Euros have been spent on walls in Europe and a further 999 million Euros on virtual walls (radar, IT equipment, drones and the like). “Perversely”, says the report, three of the main beneficiaries of this expenditure are European arms dealers that export weapons to the Middle East and North Africa, thereby contributing to the conflicts that cause migration and refugees in the first place.

South Africa is a metaphor for the world. One of the most – if not the most – unequal societies in the world, has seen an increase in walls dividing the “haves” from the “have-nots”. Higher walls with electric fencing, beams, private security firms, barbed wire and whole communities living in gated security with booms and securitised entry points reflect the desperate attempts of relatively well-off people to live in a degree of security in a society in which most people live in poverty, and where violent crime is rife.

But, as if the fundamental inequalities of our society and their social consequences are not sufficient for South Africa to serve as a metaphor for the world, it is the poor and some of the most vulnerable in our society who are calling for better, higher, more effective walls against nationals of other African countries whom, they claim, are responsible for crime and for stealing their jobs. Wealthy societies in the Global North have reflected similar attitudes to migrants and refugees fleeing conflict and poor living conditions in their own countries, in search of a better, longer life elsewhere.

A few weeks ago, I participated in a study tour to a formerly East German region to hear what the fall of the Berlin Wall had meant for people living in that region. From numerous encounters, we heard that the people there felt alienated: their education and contributions were deemed of lesser value than West German citizens; on average, they earned 25% less than their West German counterparts; few East Germans were represented in the senior management of universities or of corporates. Such experiences of inequality accounted for at least some of the disillusionment with the traditional, major political parties and the growth of parties like the rightwing AFD and the leftist Linke parties.

If, 30 years later, there is this kind of alienation and feelings of marginalisation in a unified Germany, that is one of the wealthiest nations in the world, a society that is relatively homogenous, with a common language, imagine the alienation felt by those on the underside of contemporary history, both globally and in South Africa, and the challenges we face in addressing this!

When the Springboks won the Rugby World Cup, there was an outpouring of national pride and happiness across the country; goodness knows we deserve some respite from our thieving, polarising political class and the wreckages that they have wraught and continue to wreak on our society. However, while the sight of black and white people celebrating together promulgates the “rainbow nation” mythology, it is our walls, electric fences, gated communities and violent expressions of Afrophobia that speak more to the realities of our lived experience.

We will live in a safer, more secure world and society, not when we have built higher and thicker walls, but when we have dealt with the deep inequalities that separate the resourced few of us who live with dignity, and the many who suffer the indignities visited upon them by poverty.