From 2013, in anticipation of the formulation of the Sustainable Development Goals (SDGs), UNESCO and a range of international cultural organisations actively lobbied decision-makers to adopt culture both as a sustainable development goal and as an enabler of development.

In their advocacy document they stated:

Culture makes an essential contribution to policies, strategies and programs aiming at inclusive social and economic development, environmental sustainability, harmony, peace and security. Culture is both a driver and an enabler of sustainable development.

This campaign was largely unsuccessful, with culture not being affirmed as a goal, and with just five general mentions of culture in the 169 targets listed under the 17 sustainable development goals to be realised by 2030.

Similarly, the 400-plus-page National Development Plan (NDP) which aims to address our country’s key challenges has one four-line paragraph devoted to arts and culture:

Arts and culture open powerful spaces for engagement about where a society finds itself and where it is going. Promoted effectively, the creative and cultural industries can contribute to small business development, job creation, urban development and renewal.

In recent times, and as alluded to in the above NDP paragraph, the “cultural dimension of development” has largely come to refer to the creative and cultural industries as drivers of economic growth, which would then provide the resources for social and human development.

But this is a far more limited understanding of “the cultural dimension of development” than when the term first gained traction in the 1970s.

The recognition of the cultural dimension of development goes back even further than the 1990s and ’80s, to the post-colonial period. 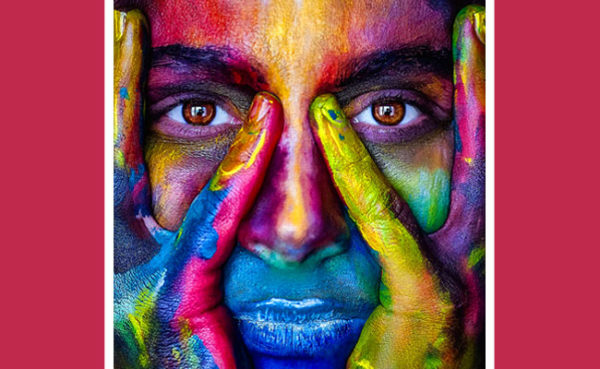 In his book Tradition, culture and development in Africa Ambe J Njoh writes about leading development economists in the late 1950s and 1960s “who considered the cultural transformation of Africa and other developing regions as a condition sine qua non (a prerequisite) for economic development. For these economists … the customs and traditional practices of non-western societies constituted a hurdle to so-called modern development aspirations.”

Those subscribing to this theory, says Njoh, “suggested that it was impossible for Africa to develop without abandoning its traditional practices and assuming Eurocentric cultural values, beliefs and ideology”.

Rather than the neo-colonial view that advocated the wholesale abandonment of traditional cultural values and the embracing of cultural values and beliefs of the global north in order for development to be effective, progressives argued for an understanding and practice of the “cultural dimension of development” in which development strategies need to be understood, planned, designed and executed in the context of the cultures of the intended beneficiaries of development.

All the development plans – the SDGs, the African Union’s Agenda 2063 and the NDP – emphasise the empowerment of women, but this goal will never be realised without addressing the fundamental cultural (including religious) beliefs that relegate women to a lesser status.

Over a period of two years from 2014, there were more than 28 000 reported cases of Ebola in West Africa, and more than 11 000 deaths during the epidemic. Health officials attributed the spread of the disease to various factors, including – not insignificantly – cultural practices regarding burial and caring for the ill. It was only when these cultural practices were addressed that the epidemic began to be reversed.

These are just two examples of why culture matters when it comes to pursuing development goals.

And yet, decision-makers and politicians are reluctant to embrace culture in their decision-making and strategies for a number of reasons:

First, culture is such a nebulous, contested and vague concept for many that it is difficult to define metrics in relation to whether progress has been made in “cultural terms”. (This does not stop politicians from using “culture” when it is convenient for them, such as the critique of Brett Murray’s painting The Spear, when it was argued that depicting the genitals of the president was against Zulu culture. Or when African political leaders reject the rights of queer people as it is antithetical to “African culture”).

Secondly, because culture – understood as values, belief systems, worldviews, etc – is acquired over a long period of time, it takes a long period of time to undo or change culture, so that as opposed to measuring how many people have been lifted out of poverty, or who are no longer hungry, or how many girls are attending school, it is less possible to determine how culture has shifted. It is certainly not neatly packaged into five–year electoral cycles.

Thirdly, because culture is often used to defend or justify what progressives would consider to be backward or reactionary practices, culture is dismissed as something not to be taken seriously, when in fact, precisely because culture can and does play a role in perpetuating practices inconsistent with modern human rights regimes, it should be taken more seriously in order to plan and implement educational and other strategies that change such cultural beliefs.

Some have argued for culture to be considered as the fourth of pillar of sustainable development (along with economic and social development and environmental integrity). Notwithstanding the misgivings around “culture”, for development to be effect and have long-term impact, decision-makers have to take seriously the beliefs, value systems, worldviews and traditions of the intended beneficiaries.