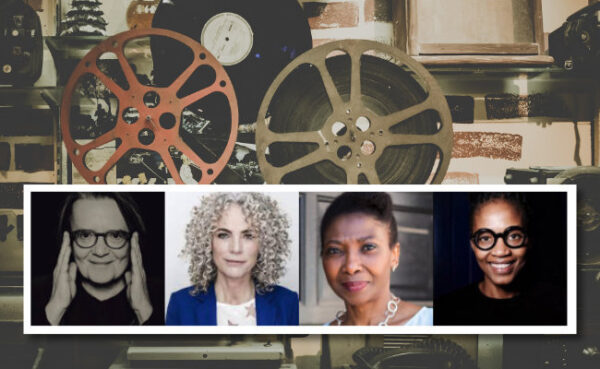 Holland began her career in a communist regime in Eastern Europe, where her opinions could, and did, get her imprisoned.

On a chilly Friday evening, I was fortunate to join a webinar called “Breaking glass ceilings for women in film” (European Film Festival). Bongiwe Selane, a producer and filmmaker, acted as moderator and introduced three directors: Agnieszka Holland, who was born in Poland, has over 40 films under her belt; Antoinette Beumer, based in Amsterdam, has directed numerous Dutch television series; Zanele Mthembu is a broadcasting and media executive and the board chair of Sisters Working in Film and Television (SWIFT). This webinar was a discussion about the challenges that they have faced in their careers and the challenges that all women continue to face in film. All four of these women have won numerous awards in film, but, coming from vastly different backgrounds, they have had unique experiences in their careers.

Holland began her career in a communist regime in Eastern Europe, where her opinions could, and did, get her imprisoned. At the time, she and her male colleagues worked together against common enemies: authoritarianism and censorship. Holland said that in the ’70s and ’80s, the presence of female directors seemed more common than it does today. She does not know when or why they began to disappear.

Mthembu described her entrance into the film industry as sheer luck. There were no black women directors in South Africa at the time. She was present when an interview for SABC was being shot, and she was fortunate enough to speak to the director of photography, who took her seriously when she expressed a desire to be involved behind the camera.

Beumer said that as a woman, she did not experience resistance entering the film industry in the Netherlands, but she does remember filming advertisements in South Africa. Crew members did not look her in the eye or address her directly. They preferred to go through her cameraman.

Mthembu stressed that in South Africa, most, if not all, opportunities for marginalised groups come from deliberate efforts to create them. Selane agreed that it is only possible for women to have a voice with development programmes and focused efforts to create spaces for them to learn, grow and enter the industry.

The discussion was overwhelmingly positive. All agreed that the changing sociopolitical climate has started to create a space in which women and other marginalised groups are being given more chances to showcase their talents.

Producers in European countries are looking for black directors, and when there are so few around, it can be an advantage to be one. Streaming services are always looking for new content, and with high demand the door opens wider. Diversity means a wider audience and more revenue. Those who were once silenced are being encouraged to speak. On the other hand, inclusivity that is purely for monetary gain means that stories which don’t fit popular narratives are still excluded.

With the internet and social media creating vast platforms, almost anyone with the means to film and post content can become a creator. Even those rejected by streaming companies have a chance to be heard somewhere.

Mthembu talked about the expectation that stories by black women will depict poverty and struggle. But being a minority does not define every aspect of a person’s life, and the stories that don’t conform to these expectations can be dismissed. There could be a solution for that, too. With the internet and social media creating vast platforms, almost anyone with the means to film and post content can become a creator. Even those rejected by streaming companies have a chance to be heard somewhere.

I enjoyed the genuinely positive attitudes that these women brought. I also appreciated that they did not pretend that the playing field has already been evened out. Holland described how strange the female voice has become to men and the confusion she has seen when a female perspective is presented. These days, when women come forward with their stories, they are seldom understood, because they have been silent for so long.

Even these experienced directors and writers are aware that the door of opportunity can be shut. It is difficult to ignore the pattern throughout history of minorities gaining traction and the majority pushing back in fear and selfishness. Beumer mentioned that the male director feels “endangered” when faced with the rise of his female counterpart, and so-called political correctness is constantly being challenged.

The common thread between these women filmmakers was the fact that they have courage and initiative.

Beumer described how she approached a Dutch company and essentially created a position for herself by giving them ideas and talent that they didn’t even know they needed. Holland had to stand against the patriarchy and authoritarian laws. Even Mthembu’s lucky chance to enter film would not have happened if she had not been bold enough to talk to someone who had the right connections to help her achieve her goals. The majority of women must demand a position, even when it seems that none exists.

The webinar was drawing to a close much faster than I anticipated. I typed a question at the last minute. What is the biggest challenge when it comes to directing on set? Holland and Beumer said that it is incredibly difficult to get crew members to listen to them. Holland resorts to shouting and cursing to command any kind of authority, but she doesn’t like behaving in a way that is out of character. Beumer shared that there is often a need to prove oneself before one has respect from the crew, but there is no time for that while shooting.

I look forward to the day when a woman can take a seat behind the camera and be considered competent until proven otherwise.

The common thread between these women filmmakers was the fact that they have courage and initiative.

Enjoy the feast! Click here for more info on the movies and how to book.

More about the participants:

Warsaw-born Agnieszka Holland has directed and/or written over 40 films in her illustrious career. Fever (Gorączka) won the Polish Film Festival Award as well as a Silver Bear for Best Actress for Barbara Grabowska in the 1981 Berlinale Competition. Angry harvest was nominated for an Academy Award for Best Film in a Foreign Language in 1986. Europa Europa (1990) won a Golden Globe and a second Oscar nomination. In 1993, she directed The secret garden, produced by Francis Ford Coppola. In darkness (2011) earned her a third Oscar nomination. Pokot (2017, winner of the Silver Bear for Innovation in the Art of Cinema) and Mr Jones (2019) were both selected for the Berlinale Competition. Holland has also directed many episodes of renowned TV series, such as The wire, The killing, House of cards and The first.

Amsterdam-based Antoinette Beumer directed several critically acclaimed Dutch TV series, such as Willemspark (2007) and In treatment (2011), and other box office hits. Her debut feature film, The happy housewife (2010), with Carice van Houten (Game of Thrones) in the lead role, and her second film, Loft (2010), starring Barry Atsma and Marwan Kenzari, won the prestigious Platinum Film Award, the first time ever for a director to win two Platinum Film Awards in the same year. Her 2012 film Jackie, starring Carice van Houten and Oscar winner Holly Hunter, premiered at the Toronto International Film Festival. In 2013, Antoinette released Soof, a romcom hit often referred to as the Dutch Bridget Jones. After completing Rendez-vous in 2015, she wrote her debut novel, My father is an airplane, which was published in 2018. Subsequently, she directed the film version of My father is an airplane, which was selected as Opening Film for the Netherlands Film Festival on 24 September 2021.

Zanele is a broadcasting and media executive with over 25 years of experience in the business of broadcasting, production and distribution in local, regional and international markets. She has worked as the first executive head of channel of Newzroom Afrika, group head of content at eMedia Group, and unit manager at Discovery Communications Inc in the USA. A fellow of the Africa Leadership Initiative and the Aspen Global Leadership Network, Zanele is the board chair of Sisters Working in Film and Television (SWIFT) and has served as council member of the National Film and Video Foundation (NFVF).

SWIFT is a women’s collective of professionals in the film and TV industry. Our mission is to challenge gender inequality in all facets of our industry. We want women’s voices to be heard, their talent recognised and their stories told, and for them to have an equal share in all available opportunities – funding, training, work. SWIFT’s main objective, therefore, is to drive opportunities for women in our industry. We do that by providing space for women to engage on issues of common interest, continuing to develop their skills and talents, as well as advocating with relevant stakeholders. We value transparency, integrity and transformation.

Award-winning producer Bongiwe Selane’s Culture shock was the 2013 SAFTA winner for Best Reality Show, while uNomalanga and the witch won Best South African Short Film at the Durban International Film Festival in 2015. Bongiwe was the first recipient of the NFVF’s Female Only Filmmakers Slate Project, which saw her produce a series of 26 short narrative films by women filmmakers. Her debut feature film, Happiness is a four-letter word, was the best performing local film of 2016 in South Africa, with a sequel due for release on Netflix soon. She co-produced the award-winning film This is not a burial, it’s a resurrection by writer/director Lemohang Jeremiah Mosese. Current African ambassador for EAVE and alumnus of numerous film labs, Bongiwe was chairperson of the South African Film and Television Awards (SAFTA) in 2019.