Contemporary dance productions from some of Flanders’s leading dance companies, Les Ballets C de la B and Siamese Cie, will soon be touring in South Africa.

The productions Requiem pour L and (B) will be showcased in Johannesburg and Cape Town end of May and early June.

Requiem pour L, by dance company Les Ballets C de la B, is described as a ceremony of mourning alongside an uplifting celebration of life, while (B), by dance company Siamese Cie, is an energetic, exhausting and merciless ode to boxing, dance and life.

Geraldine Reymenants, general representative of the government of Flanders in South Africa, tells more about the productions. 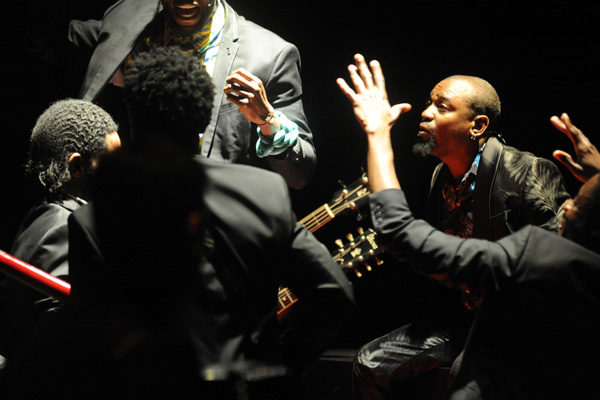 Please elaborate on the two Flemish dance productions, Requiem pour L and (B), which will be touring to the Baxter Theatre in Cape Town in June. What are the productions about?

Flanders-based company Les Ballets C de la B is world-renowned for collaborative ventures and breaking down conventional barriers, placing multiculturalism at the epicentre of each work they create. Requiem pour L confirms this in the best possible way.

Composer Fabrizio Cassol has reworked and reconstructed the Requiem, Mozart’s swansong, by fusing the classical masterpiece with jazz, opera and popular African music, and with lyrics in Latin, Lingala and Swahili.

Fourteen musicians from across the world merge their own musical influences. Director-choreographer Alain Platel, furthermore, visually and physically translates the images and associations evoked by the Requiem, from funeral hymn to the mass grave where Mozart was dumped, building a visual world of death and ritual for the musicians and dancers to inhabit.

This results in a deeply philosophical work which translates our anxieties about mortality into art, poignantly glorifying the lives and deaths that we cannot control. 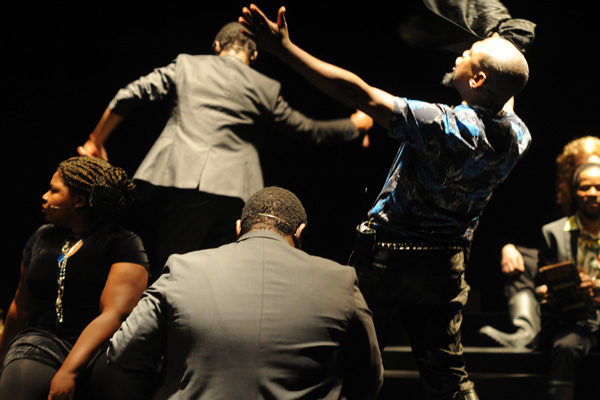 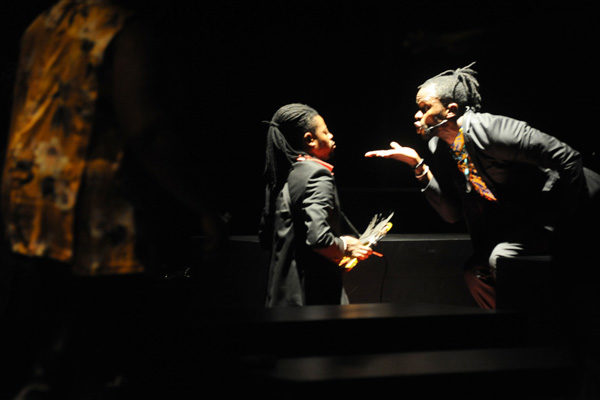 In (B), a large-scale dance theatre production, the artistic choreographic duo of Koen Augustijnen and Rosalba Torres Guerrero (Siamese Cie) draws the audience deep into their fascination for both ars pugilistica – the art of boxing – and the art of dance in all its contemporary multiformity.

Three boxers and seven dancers are invited onto the stage. One composer, one video artist and a set designer create an auditory, visual and tactile space. Together with this team, the choreographers find a way to transcend the reality of boxing as an “arena” sport and transform it into the fiction of the stage. How can these two worlds influence each other? When does boxing become dancing? And vice versa? Augustijnen and Guerrero are intrigued by the contrast between the public image and the human figure that hides behind the facade. Instead of staging only the public image, they research the hidden and more intimate side; they reveal the vulnerability. 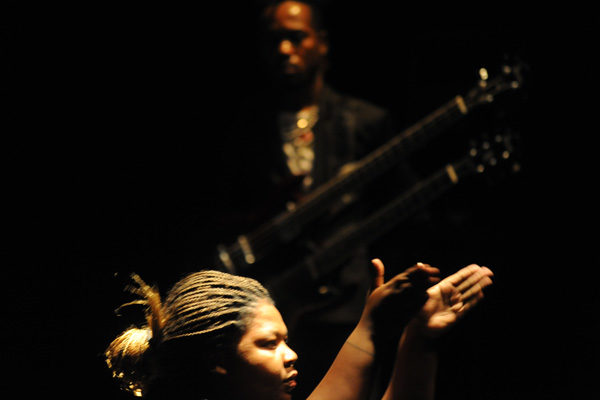 The casts of the productions consist of musicians, dancers and boxers from Europe, Africa and Latin America. Requiem pour L, indeed, has a strong link with (South) Africa, as testified to by lyrics in Lingala and Swahili – as well as popular African music within the adaptation of the Requiem – and the director, composer and artists are very excited to be performing in South Africa for the first time.

Both companies will not only be showcasing their work, but will also hold workshops with South African dancers and musicians, in order to exchange ideas and learn from each other. It is an opportunity to strengthen our relations with South Africa and its vibrant dance scene, and to connect to the South African audience.

Will the productions be performed only in South Africa, or in other countries, as well?

Both productions have toured extensively since they premiered in January 2018, mostly in Europe.

The shows at the Market Theatre and the Baxter Theatre Centre will be the African premieres of both productions, with performances held only in South Africa. 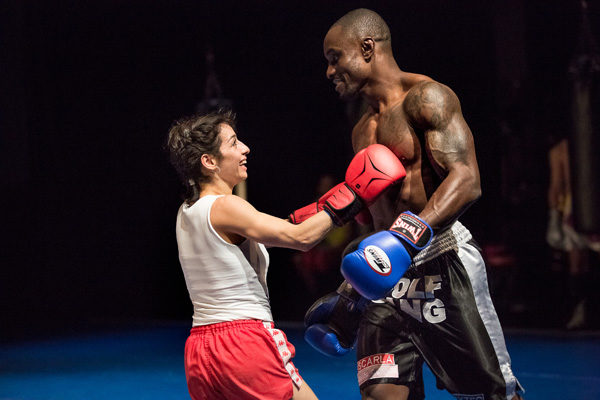 Tell us more about past and present collaborations between South Africa and Flanders with regard to dance/choreography.

The governments of Flanders and South Africa have enjoyed over 20 years of cooperation in various sectors, arts and culture being a prominent area of collaboration and mutual exchange. As a universal language that brings people from very diverse backgrounds together in a meaningful way, dance has been a focus of the cooperation from the outset.

Flemish dance companies and choreographers have frequently visited and performed in South Africa, for instance, at the Dance Umbrella Festival and the National Arts Festival, and, likewise, South African choreographers visit Flanders.

An important role in the Flemish-South African dance collaboration has been played by Parts – the Performing Arts Research and Training Studios in Brussels – which opened in 1995. From the start, Parts established itself as an international school, attracting students from all over the world, including South Africa.

While Gregory Maqoma and Dada Masilo have returned to their home country, choreographer Moya Michael continues to work from Brussels, but remains very much connected to South Africa, as shown by her recent production, Coloured swans 1: Khoiswan, which premiered at Dance Umbrella 2018. 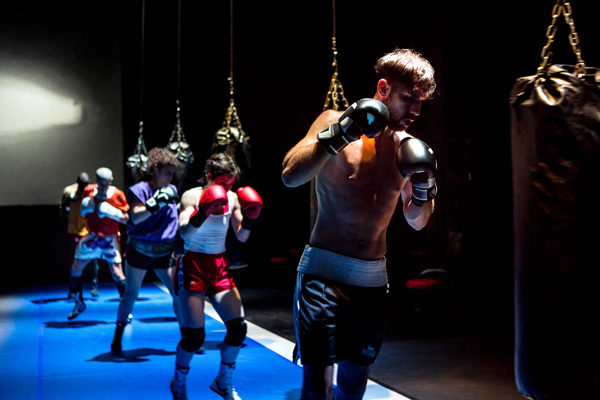 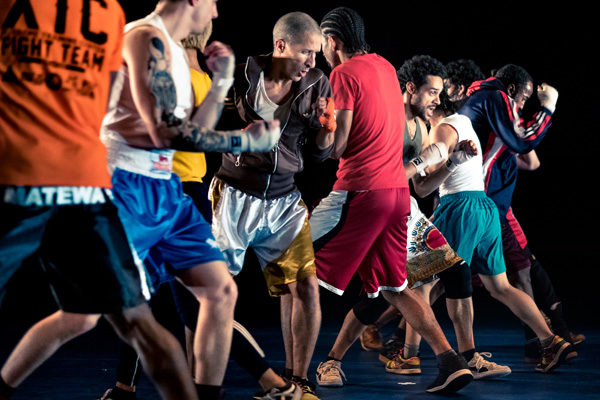 Please elaborate on the historical and contemporary dance scene in Flanders. What makes it so special?

Flanders prides itself on a creative and radical contemporary dance scene. The driving force behind this dynamism is rooted in the developments of the 1980s (the so-called Flemish Wave), when internationally influential theatre-makers, such as Jan Lauwers, Ivo van Hove and Guy Cassiers, and choreographers, such as Anne Teresa de Keersmaeker, Alain Platel, Wim Vandekeybus and Marc Vanrunxt, flooded the field with innovative choreographies and theatre work, crafting a signature tradition.

Many of these artists have developed an international practice, by which they build up their career as a succession of projects and residencies in Flanders and abroad. The choreographers of the 1980s have not lost significance; they never cease to innovate, and continue to transform and evolve, creating works that question, challenge and redefine.

The current Flemish dance landscape is characterised by the desire to break open the canon of (Western) dance.

Critical questioning of the traditional canon also means that choreographers are looking beyond institutionalised dance for their inspiration, towards popular culture.

Contemporary choreographers and dancers from Flanders, therefore, create a wealth of performances that are generously diverse, from repertory dance to site-specific performance, and are open to various disciplines, integrating new media, visual arts, live music and contemporary writing.

Flemish dance is no longer a neatly delineated discipline, but an amalgam of the many artistic practices that connect to the phenomenon of dance. 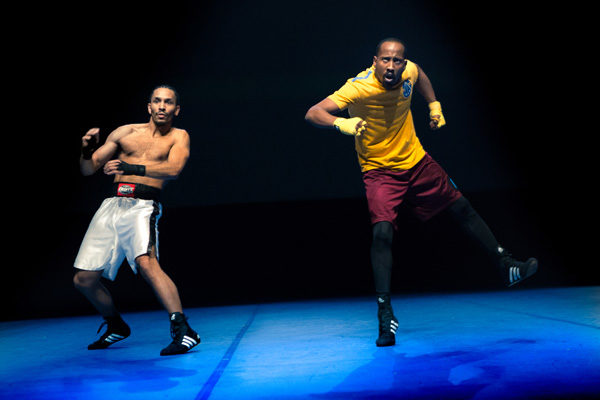 The dance scene in Flanders includes various international influences and collaborations. What do these international perspectives bring to the table?

In the last 30 years, thanks to Parts and companies such as Ultima Vez (Wim Vandekeybus), Les Ballets C de la B (Alain Platel) and Rosas (Anne Teresa de Keersmaeker), Brussels and Flemish dance have enjoyed an enormous influx of international influences , and this is translating into the work currently being produced.

International choreographers – including from Africa – working in Brussels and Flanders carry with them the (artistic) traditions of their home countries, and introduce different cultural heritages, references and aesthetic criteria through and in their work.

Many of these choreographers not only bring intercultural exchange onto the stage, but graft their entire practice on to that exchange, dividing their time creating performances in several countries at the same time, thereby acting as bridges and bringing together artists from various continents.

Requiem pour L will be showing at the Market Theatre in Johannesburg on 28 and 29 May, and at the Baxter Theatre in Cape Town on 4 and 5 June.

(B) will be showing at the Market Theatre in Johannesburg on 31 May and 1 June, and at the Baxter Theatre in Cape Town on 7 and 8 June.