The annual Design Indaba (DI) took place from 27 February to 1 March 2019 at the Artscape Theatre Centre in Cape Town.

According to its website this “internationally acclaimed creative conference … set[s] the standard for creative excellence, innovative entrepreneurship and lateral solutions-based thinking on global design and social challenges”.

The Nightscape programme of DI – which takes place alongside the DI conference – ran every evening on the piazza of the Artscape Theatre Centre. 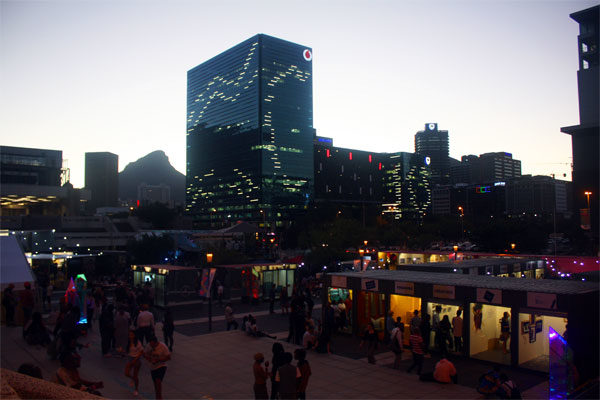 Bustling piazza at the Nightscape 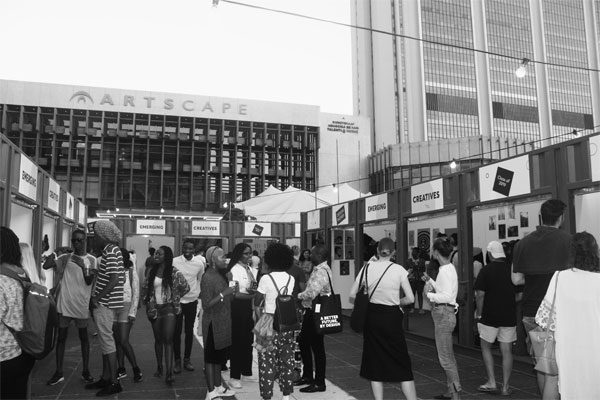 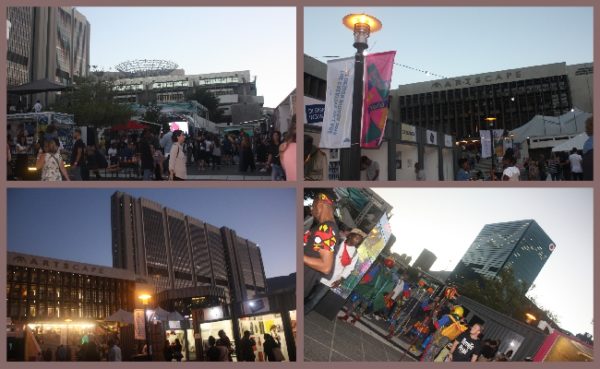 Live music, film screenings and exhibitions were just some of the cultural and creative happenings on offer at this public festival.

Two exhibitions were part of the Nightscape public festival: Emerging Creatives Class of 2019 and the Most Beautiful Object in South Africa.

The Emerging Creatives are selected annually by DI in collaboration with the Department of Arts and Culture:

This is an annual opportunity for young designers who might not have much exposure in the industry to get a leg up and hit the ground running in their careers. At the Design Indaba Festival, we showcase their work in an exhibition. 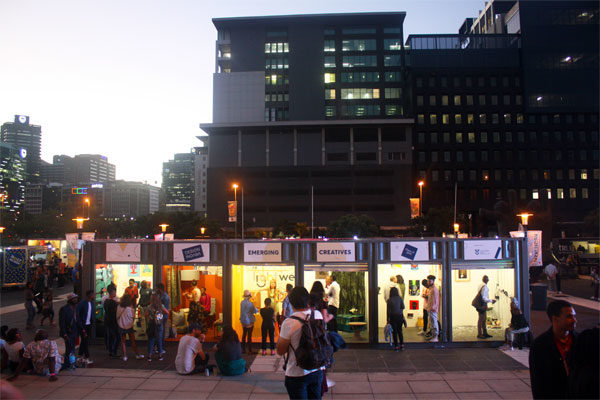 The booths of the talented Emerging Creatives

This photo gallery focuses on the celebration of cultural heritage, “design activism” and sustainable design solutions by Emerging Creatives from across South Africa.

A very small selection of artists/designers and their work was made from the 50 creatives.

In addition, three pieces – including the winner – of the 10 nominations for the Most Beautiful Object in South Africa are featured.

The idea behind the annual search for Most Beautiful Object in South Africa is “to find works that speak to a collective idea of beauty”, but also “to continually redefine the idea of beauty and invite discussion around the topic”.

The nominees are selected by influential personalities in South Africa from various industries. Online voting for the winner was open to the public.

Beauty, in this case, is expressed “not only in the end result, but in the concept, the process and the ideals a work or object stands for”; therefore “[p]art creative activism (a conversation starter), part appreciation (a creative catalyst for the development of new work, innovative ideas and creative connections)”.

Herewith a photo gallery of six Emerging Creatives and two nominations for, and the winner of, the Most Beautiful Object in South Africa: 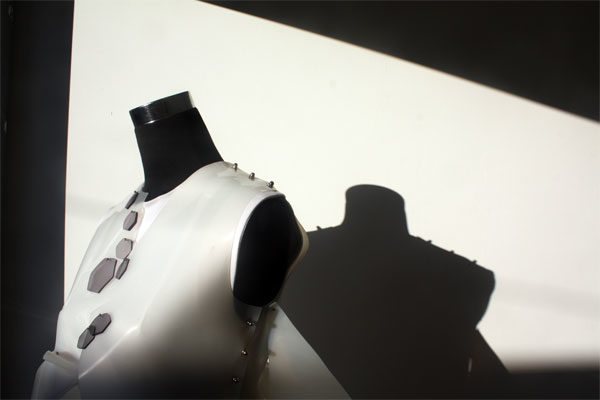 “Photochromic fashion”: the colour changes when the photochromic lenses (optical lenses for glasses) are exposed to UV rays. 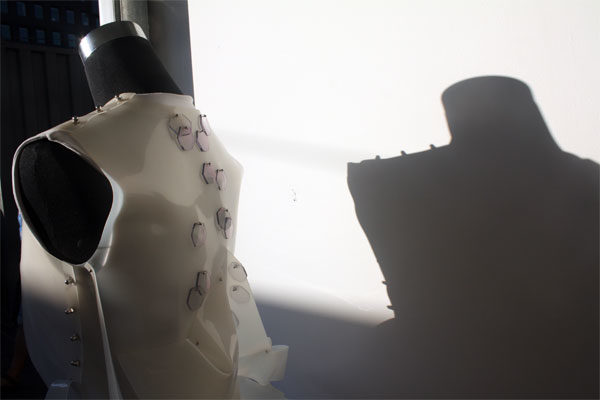 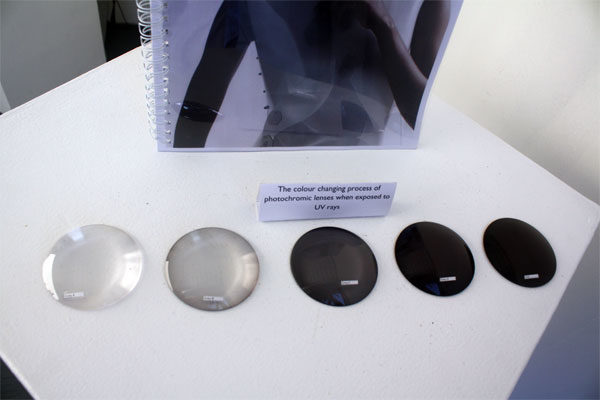 The designer, Shaline Naicker, a graduate of the Durban University of Technology (Bachelor of Technology in Fashion), states on the DI website:

The concept of introducing this technology into fashion is relatively new. The discipline of the photochromic lens is combined with that of interactive design to create a conceptual, fashion capsule collection. 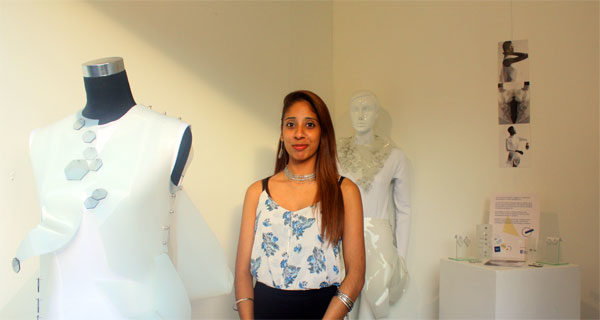 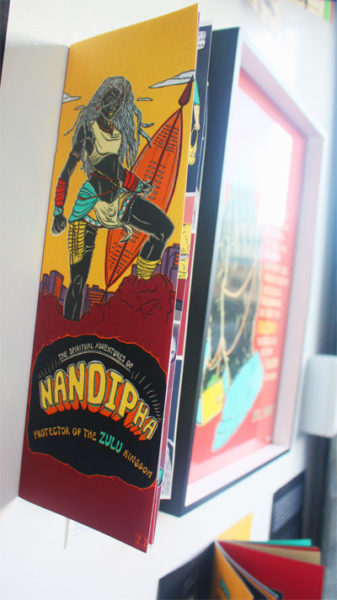 Nandipha – the protector of the Zulu kingdom by illustrator Zinhle Zulu. 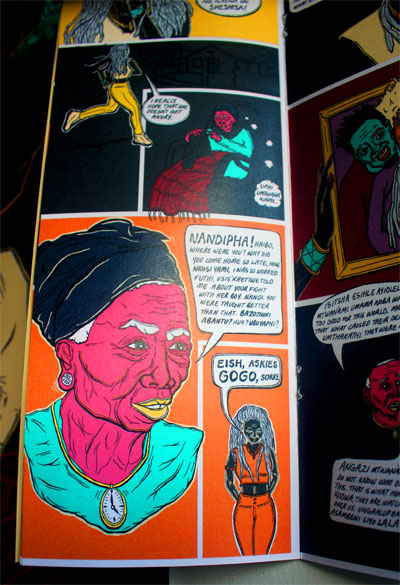 This comic book is “based on culture, ancestral belief, colourism, racial discrimination, beliefs of good and evil in current society and more”.

For Zulu, “contemporary illustration [can] have a lasting impact on the education sector in the country” (DI website). 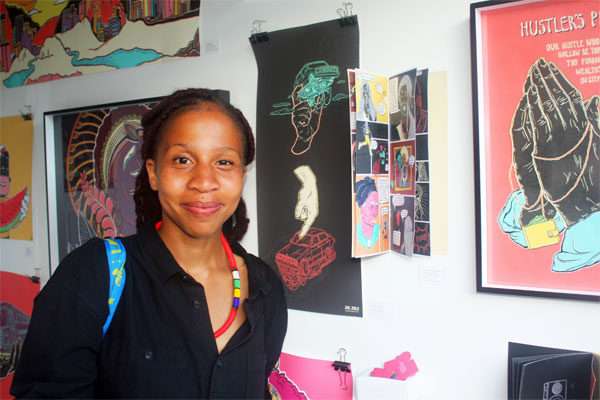 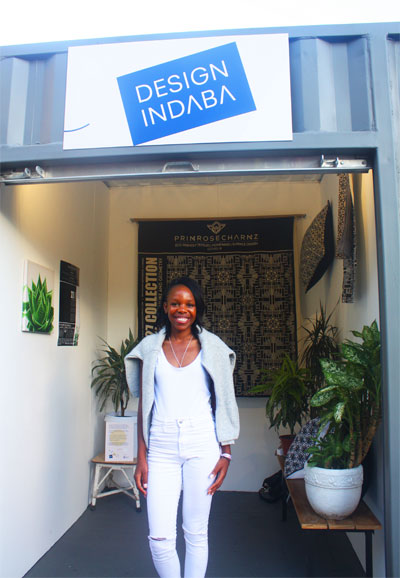 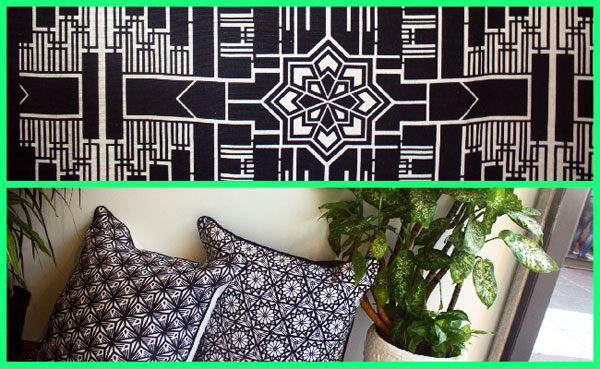 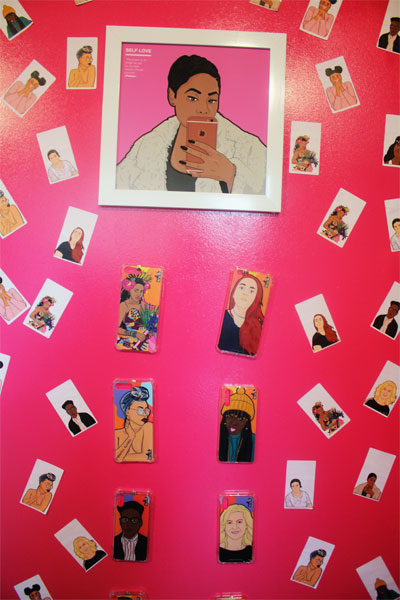 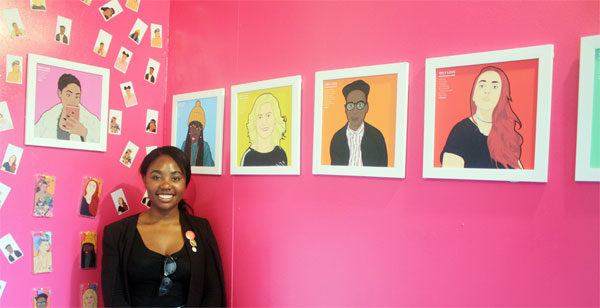 According to her profile on the DI website, Manzini “started posting her personal illustrations on social media to positive feedback. Demand for personalised works was there, which inspired her to establish the brand ForMeByMe. It aims to promote self love and appreciation in today’s world where we are very quick to idolise celebrities and forget to appreciate, embrace and celebrate ourselves. Under ForMeByMe Manzini has personalised illustrated phone cases, t-shirts, portraits and laptop stickers.” 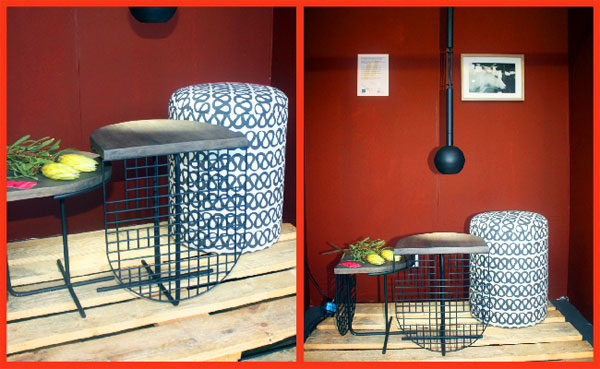 Mlambo is inspired by African cultures, his surroundings and his heritage. Furthermore, he is “constantly looking for a way to communicate these ideas in a modern context through elegant forms and finishes” (DI website). 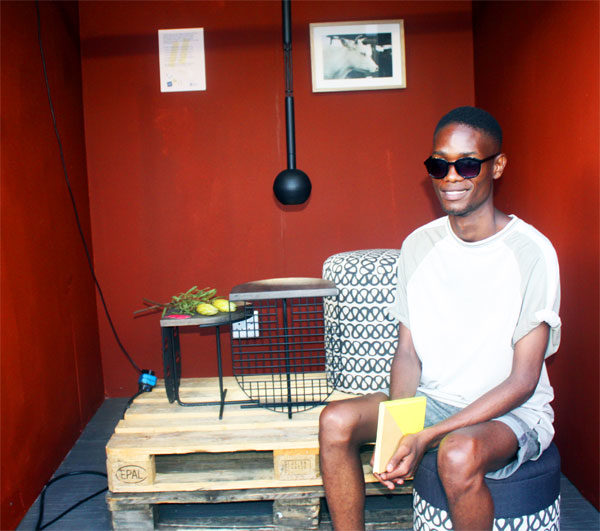 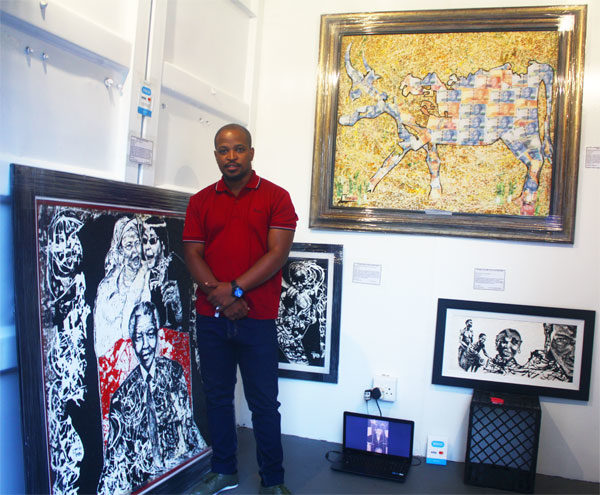 The depiction of the late Winnie Madikizela-Mandela and Graça Machel standing behind the late Nelson Mandela “reiterate[s] the idea that behind a successful man is a great woman”.

The caption of Cash Cow reads as follows:

Cash Cow is an idiom. I have used it in a figurative way and literal way: I created an actual cow using bank notes, and a literal cow equates to wealth.

In juxtaposition, people have flocked to Africa and turned her into a Cash Cow, milking her off of her natural and human resources, in exchange, for a piece of paper bearing faces of her political leaders.

If Africa, ultimately South Africa is to be milked, she must be also fed and nurtured, most importantly be milked by those that take care of her.

The Most Beautiful Object in South Africa 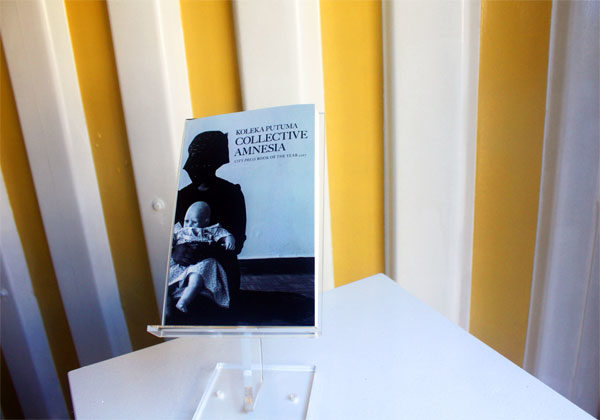 Koleka Putuma’s poems explore themes such as “blackness, womanhood and history” and “authority in various spaces” (academia, religion, politics, relationships)”, inquiring “what has been learnt and what must be unlearnt” in this regard. 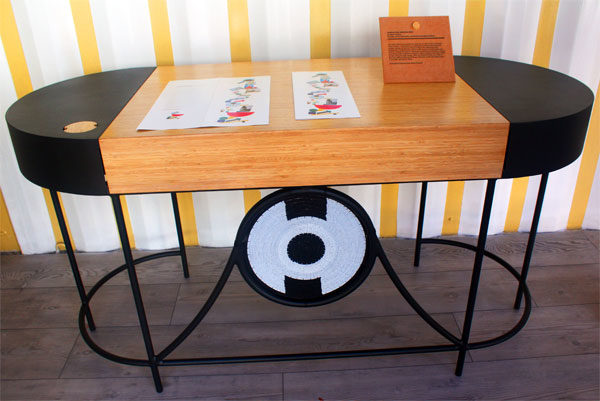 Nenzima Desk by Mpho Vackier (founder of The Urbanative and former Emerging Creative).

The Urbanative “is a contemporary African furniture and product design company whose products are defined by their juxtaposition of abstracted ethnic motifs and the functionality and lines of classical European mid-century and Bauhaus furniture”.

African cultural patterns “and their ability to tell a story through design” are the inspiration behind Vackier’s work. Her Nenzima Desk draws on “the hairstyle of Queen Nenzima of the Mangbetu tribe in the DRC during the 1920s”. 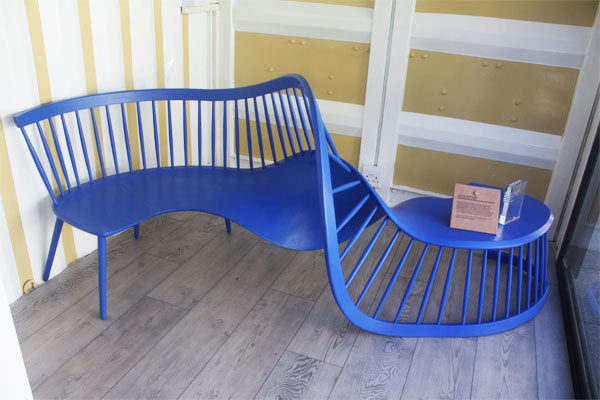 Winner of the Most Beautiful Object in South Africa 2019: Interdependence 2 by Houtlander

Award-winning furniture designers Phillip Hollander and Stephen Wilson of Houtlander are known for their contemporary and accessible furniture and dedication to traditional craft, but while their everyday designs celebrate easy, minimal elegance, the Interdependence 2 is a playful expression of a love seat where movement and colour are the driving design forces.

An art piece that is nevertheless functional, it calls into question what constitutes art, and what furniture? An item that is traditionally static is expressed here as an organic, fluid object through its use of colour and line.