Judges praise story that “reached across cultures and generations” 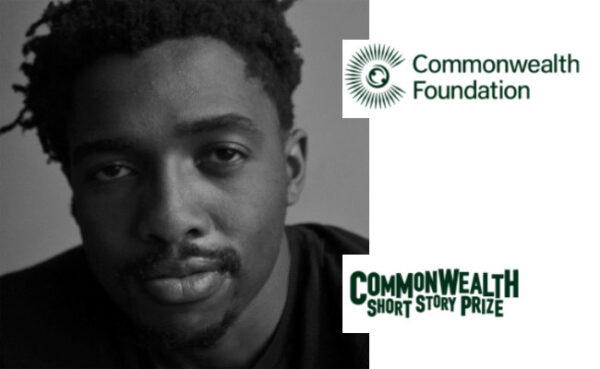 A first for Eswatini as 29-year-old newcomer wins with “and the earth drank deep”, a crime story set in “distant past of our species”

The Commonwealth Foundation announced the regional winners of the world’s most global literary prize.

Kota, who trained as a chemist and writes in his spare time, will go through to the final round of judging and the overall winner will be announced on 21 June.

The judge representing the African region, Rwandan publisher Louise Umutoni-Bower, says,  “and the earth drank deep” is a universal story, one that reaches across cultures and generations. A story that uses African folktale in a way that remains true to form but is also accessible. “It is a reminder of a time when storytelling had a prized place in social gatherings. I was personally transported back to the floor by my mother’s feet where I quietly listened to tales of Rwandan folk heroes and villains. The judges felt that in this story we could see ourselves and what it means to be human. The willingness of the writer to put ‘evil’ on display without interrogation or judgement was commended.”

Chair of the Judges, Guyanese writer Fred D’Aguiar comments: “This year’s regional winners offer a cornucopia of riches for readers globally from sources located around the world. These stories testify to the varied tones of fiction, from the oblique to the direct reference, with moments of character illumination to those associated with an imperilled planet. If a reader harboured any doubt about whether fiction is relevant to today’s world these stories answer with a riposte that resonates beyond a resounding ‘yes.’  These stories fulfil a higher function as exemplars of the short story form: vibrant, memorable and indispensable.”

Commenting on his win, Ntsika says “being shortlisted was a shock of its own, but winning the regional prize as a rank amateur honestly strains the bounds of credulity. Even I would never write such an improbable storyline! I’m deeply grateful that something I wrote is being recognized at such a prestigious level. When I write, my goal—or at least my ambition—is to get across the whole experience of existing in a place. Wherever you are reading this, how would you describe what it feels like to be you right now? How much of it is the sum of the sensory impressions you are paying attention to? How much of it is your emotional state? Or the memories that are freshest in your mind right now? My goal when I write is to weave a similar sort of tapestry of experience. One that allows you – hopefully, briefly—to exist in my imagination. You’ll be the judge of whether I’ve achieved that, but I’ll be satisfied if you’re entertained.”

The Commonwealth Short Story Prize, which is administered by the Commonwealth Foundation, is awarded annually for the best piece of unpublished short fiction from any of the Commonwealth’s 54 Member States. It is the most accessible and international of all writing competitions: in addition to English, entries can be submitted in Bengali, Chinese, Creole, French, Greek, Malay, Portuguese, Samoan, Swahili, Tamil, and Turkish.

The full list of regional winners is as follows:

The five regional winners’ stories will be published online by the literary magazine Granta, ahead of the announcement of the overall winner.

Granta’s MD and Deputy Editor, Luke Neima, says, “The Commonwealth Short Story Prize is a leading light in the discovery and promotion of literary excellence from across the world, providing a forum for aspiring talent that, year after year, showcases stories of singular depth and range. The stories that have been selected for this year’s shortlist delight, surprise, and bring vividly to life the cultural richness and diversity of the Commonwealth. It is a great pleasure to be able to feature the regional winners once again on Granta.com”

The 2022 overall winner will be announced in an online ceremony at 1pm, Tuesday 21 June, and at a special event as part of the Commonwealth People’s Forum in Kigali, Rwanda.

The Commonwealth Short Story Prize 2022: an interview with Ntsika Kota