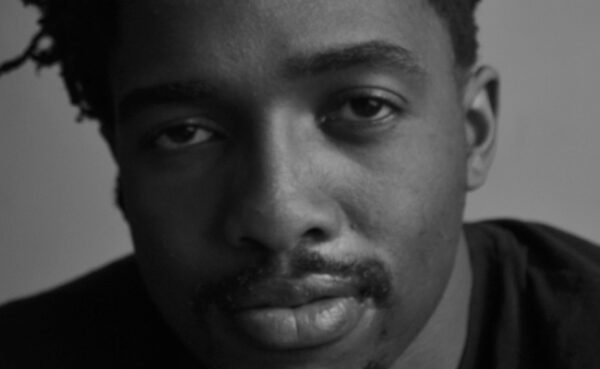 Twenty-nine-year-old Ntsika Kota has been announced as the overall winner of the world’s most global literature prize. In another record year for entries, Kota beat off competition from 6,729 entrants worldwide to take the £5,000 prize.

The Commonwealth Foundation announced Kota’s win in an online ceremony, in which he and the four regional winners read extracts from their stories. He was presented with the award by performance poet Mr Gee.

Kota’s winning story, ‘and the earth drank deep’ centres around a group of villagers in a hunter-gatherer society set in the ‘distant past of our species’.  As they encounter threats from wild animals,  disease, and unexpected death, the story tells of a day when ‘cold blood flowed for the first time, and the earth drank deep’. Some aspects of the social hierarchy of the village were very loosely based upon Nguni cultures from Southern Africa, Kota says, but the society he depicts is imaginary.

The judge representing the African region, Rwandan publisher Louise Umutoni-Bower, praised it as a story that ‘uses African folktale in a way that remains true to form but is also accessible. It is a reminder of a time when storytelling had a prized place in social gatherings.’  She comments, ‘I was personally transported back to the floor by my mother’s feet where I quietly listened to tales of Rwandan folk heroes and villains.’

Chair of the Judges, Guyanese writer Fred D’Aguiar, says, ‘This year’s winner is an instant classic: a linear narrative in the tradition of the realist short story. The events unfold around a central ethical conceit with tension that accumulates, and a surprise ending leaves the reader with many questions and in a state of provocation. The deceitfully simple and straightforward style rubs against an artful orchestration of tension. The writer controls elements of character and plot to captivate the most sceptical of readers. The reader inherits a host of hot topics for discussion at the end of the story all of which shine back at the reader’s world. Like the best parables the result is an interplay between story and reality, invention and the quotidian, the writer’s imagination and the world of the reader.’

Dr Anne T. Gallagher AO, Director-General of the Commonwealth Foundation, the intergovernmental organisation that administers the prize, says: ‘Ntsika’s wonderful success is a reminder of what makes the prize unique. It is an opportunity for writers from across the Commonwealth to express themselves, regardless of where they live or their previous writing experience. How fitting that Ntsika – a self-taught writer, hailing from one of the smallest Commonwealth countries – should triumph. His success is a reminder of the universality of writing and storytelling. We all have that special power for storytelling within us, if we can only find a platform to unleash it. And, once again, the prize has confirmed its uncanny ability to unearth new talent that, in this and future work, will no doubt take the world by storm!’

Ntsika Kota says, ‘There are not many literature prizes more global in scale or inclusive in scope than the Commonwealth Short Story Prize. I submitted my story more out of pride than expectation. I was aware of the calibre of writing and adjudication so I was under no illusions about my chances. However, against all odds, my story was shortlisted. It was just the endorsement I had hoped for. It meant that the pride I felt in what I had put to page was justified. It was everything I had hoped for. I expected no more. Although, that being said, I couldn't help but daydream about winning the Prize. I never let myself actually hope to win, though, let alone expect to. After all, that would be ridiculous! A rank amateur? In such distinguished company? Fantasise if you will, I told myself, but for goodness sake, be realistic. Imagine my surprise, then, when I got that call.’

Born in Mbabane, Eswatini, Ntsika Kota is a chemist by training. A self-taught writer, he was originally inspired by a high school writing assignment. Ntsika’s work is a reflection of his thoughts and feelings, and he enjoys creating that reflection.

The Commonwealth Short Story Prize is free to enter and is awarded annually for the best piece of unpublished short fiction from the Commonwealth. It is the only prize in the world where entries can be submitted in Bengali, Chinese, Creole, French, Greek, Malay, Portuguese, Samoan, Swahili, Tamil, and Turkish as well as English.

The 2022 prize was judged by an international panel of writers, each representing one of the five regions of the Commonwealth, chaired by Guyanese writer Fred D’Aguiar. His fellow judges, drawn from the five regions of the Commonwealth, are Rwandan publisher Louise Umutoni-Bower (Africa), Indian short story writer and novelist Jahnavi Barua (Asia), Cypriot writer and academic Stephanos Stephanides (Canada and Europe), Trinidadian novelist and former winner of the Commonwealth Short Story Prize Kevin Jared Hosein (Caribbean), and Australian Wiradjuri writer, poet and academic Jeanine Leane (Pacific).

As part of the Commonwealth Foundation’s partnership with The London Library, the overall winner receives a two years’ Full Membership to the Library and the regional winners receive a year’s Full Membership.

The literary magazine Granta has published all of the regional winning stories of the 2022 Commonwealth Short Story Prize, including ‘and the earth drank deep’.

The five stories are also available in a special print collection from Paper + Ink (www.paperand.ink).

Last year’s winner, Kanya D’Almeida, says, ‘I continue to be overwhelmed and humbled by the opportunities that this prize has laid before me.’ Kanya has signed with an agent, has almost completed her debut short story collection, and won the ALCS Tom-Gallon Trust Award 2022 this year. The careers of other previous winners continue to grow. After winning the prize in 2020, Kritika Pandey signed with an agent, is currently working on the final edits of her first novel, has had short-form works come out in the Kenyon Review and on BBC Radio 4 as well as teaching creative writing workshops with the Himalayan Writing Retreat and Writing Workshops Dallas.  After receiving multiple literary agency offers, 2018 winner Kevin Jared Hosein signed with Aitken Alexander Associates and his new novel is a major lead title to be released in 2023 under the title Adoration in UK/Commonwealth (Bloomsbury), and Hungry Ghosts in North America (Ecco). To mark the 10th anniversary of the Commonwealth Short Story Prize last year, BBC Radio 4 commissioned three recent winners of the Prize to write brand new stories for radio to be broadcast this summer.

The Commonwealth Short Story Prize 2022: an interview with Ntsika Kota