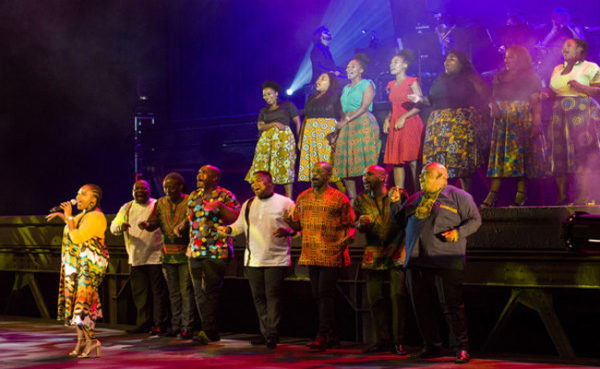 Behind the closed door of rehearsal room 308 of the Artscape Theatre in Cape Town, a group of passionate opera singers can be heard as they are meticulously practising their repertoire. Their powerful voices echo through the hallway, making it almost impossible not to smile in awe of their vocal range.

While the group decide to take a well-deserved quick break from their rehearsal, music and artistic director Sandile Kamle has a few moments to chat. Comfortably leaning against the old piano, Sandile starts explaining: “Our name, Township Opera Company, originated from the fact that we are from the townships; we grew up in the townships.”

It all started in 2018, when a group of soloists, some of them alumni from the University of Cape Town, decided to start their own opera company, because of a lack of work that they were experiencing in the opera industry, according to Sandile. They also had a dream of making opera accessible to a larger audience.

“Many people from the townships don’t know what an opera house looks like; they don't know opera. Some are sceptical and think it is for the elite. We want to break this stereotype. Opera is for everyone.”

They are a diverse and talented group of 22 singers, the youngest member turning 21 and some of the older members in their 40s, all with one determined goal in mind: to break down any preconceived ideas surrounding opera. 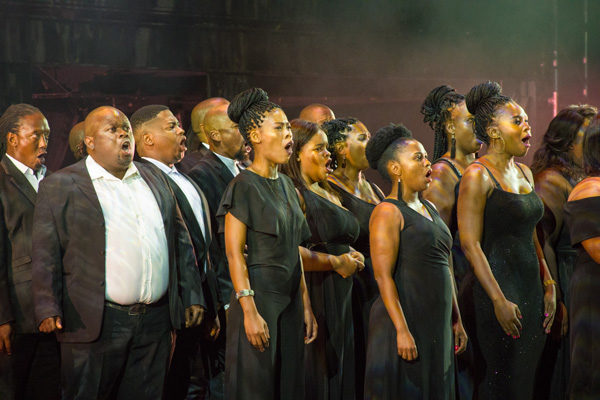 “Opera does not necessarily have to take place in a big opera house. We don’t want opera to be confined to a certain space. Give us an aeroplane, boat, mall or train, and we will perform in it. We look at the space and create something that will fit into the space.”

And that is exactly what they did when they had their launch of the Township Opera Company in September 2018, at a car dealership in Cape Town, instead of an opera house. They wanted their message to be clear.

“We believe opera does not only belong on the stage; it can take place at the mall, in a backyard, wherever.”

In the short period of time they have been together, they have already had several performance highlights. Some of these highlights include a performance with the Cape Town Philharmonic Orchestra at a community gala concert, and, more recently, their performance at the Fleur du Cap Awards.

“We were very honoured to be part of such a prestigious event, and to see that our hard work gets recognised. It was certainly a big moment when we received the invitation to perform at the Fleur du Cap Awards.

“We are thankful for all the opportunities we have received. We made a lot of ‘noise’ last year, and it finally feels like it is paying off. We won’t stop making a noise and working hard until we achieve all that we want to achieve.”

Indeed, they have big dreams.

The company believes that what sets them apart is the fact that they do not only sing opera; they also do other genres, like a cappella, jazz and hip hop. They also sing in various different languages, such as German, Italian, French, English and Xhosa.

“We are also looking to incorporate Afrikaans into our repertoire. We like to see ourselves as diverse and versatile performers. We want to bridge the gap and show people that although we are from the townships, we can also sing Afrikaans.

A few productions in different languages are definitely in the pipeline, Sandile says, but unfortunately funding remains an obstacle.

“We are thankful for the journey we are on, but it is not always an easy one. We are running on a zero budget, but we are trying to get sponsorships. We want to keep this thing going, and we will try our best to make a plan. So far, it has been eight months, and we have survived. Yes, there are ups and downs, but we are learning as we go. If you fall, you get up and go on; you push forward.”

“Opera is life – that is all I can say. And it is for everyone, even if you don’t understand music. If you just close your eyes and listen, it will take you somewhere,” Sandile explains.

“Every day is an opera. Music talks to the soul and connects with the soul. Music is interpretative, and it can bring about change,” Sandile explains.

There is power in chasing a dream and doing what one loves doing, and that is one message that the Township Opera Company wants to bring across. They want to encourage others to do the same.

“Don’t give up on your dream. Stick to what you believe in, and believe in yourself. If you think something can work, then go for it. You will regret not trying.”