The annual Open Book Festival takes place from 4 to 8 September 2019.

The award-winning Dutch poet Simone Atangana Bekono will be attending the festival.

Simone talks to Cliffordene Norton about her first visit to South Africa, her poetry and love of film. 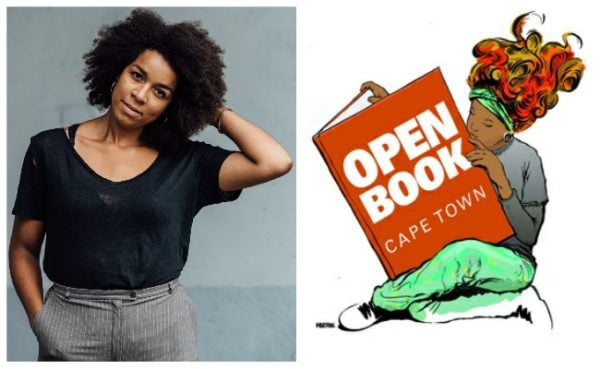 Yes, I’ve never been to Africa or South Africa, so I’m more than excited to see what’s going on around here.

For me, it’s the mise en scène. There’s this weird combination of gathered objects, the accidental, the practised and the rehearsed in which I somehow find a corresponding factor between how I write poems and how movies/scripts are made.

You write a script revolving around a certain idea – an image or a quote, maybe – and what a scene eventually turns out to be in film could be so different – though, if done right, it still works.

That’s usually what happens when I write poetry, as well.

What do you love most about film?

It totally depends. Each filmmaker, actor, story has a different quality to it. I wouldn’t be able to say what I love about the medium specifically, but I think what I love most about it is how film has the ability to suggest something with images and characters.

Sometimes, you just love a film because of a single shot.

"When I wrote hoe de eerste vonken zichtbaar waren, it was 2015, and the general public of the Netherlands was only just getting to know all these terms, like 'intersectionality' and stuff; and I was just kind of writing about what it was like growing up in a small Dutch town, and always being the only black girl in class..."

I remember watching Days of being wild by Wong Kar-Wai, and falling in love with this one scene, where Leslie Cheung walks off into a Philippine jungle, and the camera captures the way his blouse moves around his shoulders.

It’s shot in slow motion, a pretty well-known scene among WKW enthusiasts, I think. Stuff like that sticks to me, because, as a writer, you sometimes pick up stuff like that, because you see the poetic value of such a shot.

What was your favourite film(s) when you grew up, and how did it influence your poetry?

I don’t know whether the films I enjoyed growing up influenced my poetry, to be honest! I watched a lot of Steven Seagal, Leslie Nielsen, Wesley Snipes and Bruce Willis with my dad.

And, somehow, I remember rewatching The Matrix Reloaded (not the other two) over 50 times somewhere in my sophomore year of high school.

Maybe there’s some crazy, obvious reason for how I ended up writing poetry because of the Wachowskis, but the idea of finding out kind of terrifies me.

Why does your work focus on the impact of social stigmas concerning race and gender on the individual?

That description of my work is a couple of years old, and I’m not sure whether I agree with it anymore, though I think it was one of those things my work got labelled as.

When I wrote this book, it was 2015, and the general public of the Netherlands was only just getting to know all these terms, like “intersectionality” and stuff; and I was just kind of writing about what it was like growing up in a small Dutch town, and always being the only black girl in class, and looking like a boy until my 15th.

“For me, it’s the mise en scène. There’s this weird combination of gathered objects, the accidental, the practised and the rehearsed in which I somehow find a corresponding factor between how I write poems and how movies/scripts are made.”

I was kind of clueless about the sorts of ideas like colonialism and gender and race, which some people in my circle are now finding kind of obvious, in a way.

So, I always had this focus on how all these big things – colonial history and class and sex – were influencing individuals in specific places in very specific ways.

I had completely different experiences growing up, to those of another black girl from the Caribbean growing up in the inner city, for example. So, what the hell was that about? I still find it important to zoom in on those different perspectives, but I don’t know whether I would call it my mission to focus constantly on stigmas so obviously.

I’m now more in a place where I think: okay, so you want to write about this person, coming from this place, experiencing these kinds of problems. Obviously, you’re going to have to take into account what all of that means in society, right?

One of your stories appeared in Zwart, an anthology of Afro-European literature from the Low Countries. Could you please tell us what that story was about?

My story was about a mixed-race family going to the funeral of some racist uncle down south. I thought it was hilarious, but some other folks just seemed to find it sad or crazy or scary.

I don’t know, I don’t mind; I just like to explore tension.

How would you describe Afro-European literature from the Low Countries?

If I knew what that meant, I’d tell you. I think many people would consider it to be stories that are specifically about the African diaspora.

“I think it’s one way to define oneself, but I don’t know whether I’d want to label my work as Afro-European. My characters are generally more concerned with themselves than the rest of the continent.”

I sent in my story, because I saw it as an opportunity to see who was writing about the kind of things I was writing about. I never considered the term “Afro-European” before they contacted me.

I think it’s one way to define oneself, but I don’t know whether I’d want to label my work as Afro-European. My characters are generally more concerned with themselves than the rest of the continent. 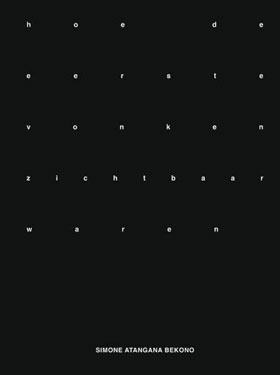 In 2018, your anthology, hoe de eerste vonken zichtbaar waren, was awarded the Poëziedebuutprijs Aan Zee. How did you feel when you were informed?

Shocked? Weirded out? I mean, I graduated from art school with a book of poetry and a whole lot of student debt.

I didn’t understand how, two years later, I’d be on a stage accepting an award for that work.

I was very grateful afterwards, but in the time leading up to that award, I couldn’t really understand how or why.

You are currently working on a novel that will be published by Lebowski Publishers. When will it be available? Could you please tell us more about your novel?

I don’t really want to talk about what I’m working on, except for the fact that I somehow started rereading Camus sometime during the process, and was making all these crazy conspiracy-theory-level connections between The stranger and one of my really, really cranky and pissed-off teenage characters.

So, yeah, I’m not sure when it will be available. I hope sometime next year, but life always seems to screw up my plans!

What can attendees of the Open Book Festival expect from the events you are part of?

I tend to laugh at the wrong things, so sorry for that in advance. I’m gonna try to make sense when I have to, and read the poetry from the heart. Hope that will be satisfying!