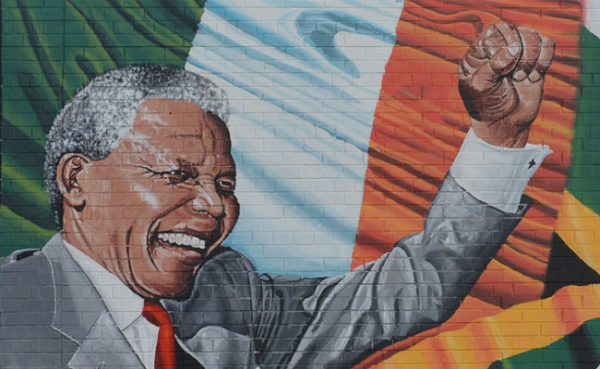 In 1918, Britain and the USA granted women the right to vote; the first case of Spanish flu, which eventually killed more than 50 million people globally, was detected; Moscow became the capital of Russia; World War I ended after four years; and Nelson Mandela was born.

This year, South Africa – and, indeed, the world – celebrates the centenary of a foremost statesman, who served as the first president of a democratic, post-apartheid society. Numerous statues around the globe and in various public spaces in South Africa, as well as cities, streets and buildings that bear his name, attest to the esteem in which Nelson Mandela is held.

And yet, at the same time that he is being celebrated by many who remember him when he was active and alive, there is a younger generation (and older people who should know better, but seek the affirmation of the youth) – with little direct experience of the times in which he lived and acted – that tarnishes his name and legacy.

South Africa has become a more unequal society, with higher unemployment and greater poverty than was the case 20 years ago. It is quite understandable that many citizens are angry that the “promised land” has not been delivered, and that they – and their parents – continue to suffer from poverty and its associated indignities, such as poor education, lack of social mobility and crime. The current narrative among a younger generation, in particular, is that Mandela “sold out” to the white minority, that he accepted political freedom in exchange for the continued economic bondage of the black majority, that he is responsible for the persistent maldistribution of land between whites (a minority that owns the overwhelming share of land) and blacks (the majority, who own a small percentage of the land, and thus are structurally prevented from improving the quality of their lives).

But many of this “Must Fall” generation were not even born when Nelson Mandela was released from prison and walked across the South African political landscape. If they had been, they would have a better appreciation of the conditions in which Mandela provided political leadership, as no-one else did – or rather, could – at the time. Political violence was taking massive tolls, both in real terms – the Boipatong massacre, the AWB’s invasion of Bophuthatswana, the IFP’s constant sabre-rattling in KwaZulu-Natal – and potentially – as a result of the assassination of the highly revered Chris Hani. It was largely Mandela’s stature and leadership, reflected in the stances taken by the ANC at the time, that saw the country move beyond this violence towards the final constitutional negotiations and the first democratic elections, in which millions of people voted for the first time.

The critique of Mandela having emphasised reconciliation at the expense of addressing the fundamental inequalities inherited from apartheid is an ahistorical caricature of the times; for me, the genius of Mandela was in helping to create the conditions in which South Africans could begin to engage with each other and work together to address the key challenges posed by the past, and the aspirations embedded in the country’s new Constitution. He set an example for future leaders when he stepped down, recognising that his role was done, and that the hugely challenging tasks that awaited the country required men and women with more energy, expertise and longevity than his advanced age allowed.

That the younger generation focuses on Mandela, rather than the leaders who came after him – Thabo Mbeki and Jacob Zuma, in particular – in order to allocate blame for the indignities that they now experience is a reflection of their political immaturity and selective targeting to suit contemporary narratives. While Mandela’s five years created the atmosphere in which South Africans of all hues could begin to cross the divides of the past and work together as equals, his successors failed dismally in building on this foundation. Mbeki will forever be associated with the “AIDS genocide”, with his denialism about crime and human rights in Zimbabwe and with starting the political intervention in – and thus the undermining of independent constitutional bodies such as the National Prosecuting Authority – the Public Protector and the Scorpions.

As for Jacob Zuma, while Mandela and his band of ANC leaders endured a treason trial and lengthy jail terms for seeking the liberation of black people from apartheid, Zuma and his band of ANC leaders engaged in ten years of treason against the people of South Africa, actively participating in the capture of state-owned enterprises and of key cabinet positions for corrupt self-enrichment by foreigners, completely undermining the efficacy of the country’s key crime-fighting institutions and totally compromising the institutions designed to protect our nascent democracy. That the younger generation and critics of Mandela were and are largely silent about this grand-scale looting and selling out of the hopes of the majority of the country’s citizens reflects the extent to which the looters were able to smokescreen their looting with propaganda about radical economic transformation, white monopoly capital and the like.

Yet, the ANC and its current and former leaders have no shame in seeking to “celebrate Madiba and his values” while they have been wholly complicit in exactly the opposite: putting themselves and their stomachs first before the country and its people; displaying utter arrogance, rather than the humility and acceptance of criticism that Mandela showed, for example, in reversing his stance on HIV/AIDS; polarising the country along racial lines when it is politically expedient for them to do so, rather than bringing people with skills and resources together with those requiring these, collectively to work for change.

In this hundredth year since Madiba’s birth, if the last two decades have taught us anything, it is that the current political leadership has no claim on him, and that it is up to the citizens of the country to ignore the hypocritical political parties that have literally and figuratively buried what he stood for, and, as citizens, rather to seek to emulate him themselves.

To close, a poem I wrote soon after the death of Nelson Mandela, not a saint, fallible as we all are, and yet, undoubtedly, a towering giant of whom we had too short a time.

Weep not for Madiba

Trite exhortations call on us to keep him alive