“Fatou vs the dictator” by ML Kejera  (The Gambia)

Fatou, a young woman raised in The G’s diaspora, is in an airport awaiting her flight home. She comes across her recently ousted dictator and debates whether she should confront him.

He wore a white boubou and blue jeans. Official press releases had given him an ineffable supremacy that reality shattered. Without the propaganda to smoothen him out, he was an ugly man. Wrinkles lined his pitch black face and he carried a globular stomach. But, whenever he shifted in his seat, Fatou saw the sinewy remnants of the 31 year old general – more lean muscle than man – who had overthrown The G’s first democratically elected president.”

ML Kejera’s short story “Fatou vs the dictator” has been shortlisted for the Commonwealth Short Story Prize. He talks to Cliffordene Norton about being nominated and the inspiration for his short story. 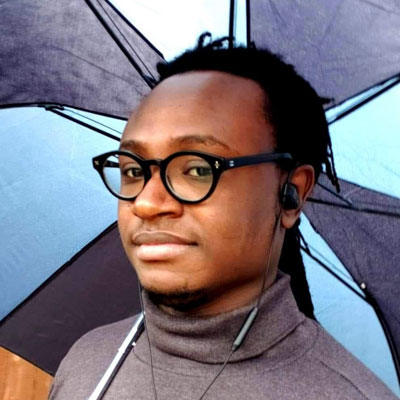 Congratulations, ML! What was the inspiration for “Fatou vs the dictator”?

After the bloodless removal and exile of Yahya Jammeh, I asked Gambians – within and without the nation – what they would do if they ever encountered the man. Everyone said they would fight him. I wanted to explore why we all had this fantasy.

Some aspects were inspired by personal experience. During my childhood in Tunis, a few cousins visited my family. They were on their way to Libya to traverse the Mediterranean, hoping to end up somewhere in Europe for employment. My parents were able to convince them not to go on the perilous journey.

The story has many literary inspirations. When I first thought to write it, I happened to be reading Shams Nadir’s The astrolabe of the sea and rereading James Thurber’s “The secret life of Walter Mitty”. Both fluctuate between realism and irrealism. Borrowing the call and response structure utilised by Nadir and Thurber seemed apt for a story with so many voices.

The references to Muhammad Ali were drawn from his autobiography, The soul of a butterfly, as well as his poetry. Phrases reminiscent of those used by Ali in the Congo were drawn from Norman Mailer’s The fight.

To grasp the American mythologisation of Ali better, I read the comic book Superman vs Muhammad Ali by Dennis O’Neil, Neal Adams, Dick Giordano, Terry Austin, Gaspar Saladino and Cory Adams. The general structure of the story used Vladimir Propp’s “Oedipus in the light of folklore” as its basis.

For the one sentence in which I try to imitate the sublimity of griots, I read John William Johnson’s line-by-line translation of Fa-Digi Sisòkò’s take on the Epic of Sundiata.

Finally, anyone familiar with manga or anime would see a clear inspiration from JoJo’s bizarre adventure.

How did you get into the head of Fatou?

To get inside Fatou’s head, I listened to Zack Fox’s “Square up” on repeat. I also read reporting on women’s boxing by Amelia Schonbek, Jaime Lowe and Rachel Dixon.

I’m not actually much of a boxing fan, so researching boxing history and terms proved difficult. It was also difficult writing about the violence caused by Yahya Jammeh. I read the Gambian Truth, Reconciliation and Reparations Commission, and that included many gruesome details that often gave me pause.

I had an especially hard time crafting the ending. My girlfriend – writer, educator and editor Vashti Kalvi Daniel – suggested I make the ending ambiguous, which I think is the best possible ending for the story.

I was on a run when I received the email notifying me that my story had been shortlisted. It was near the end of my run, but I got a burst of energy and sped back home to double-check that I wasn’t mistaken.

Earlier drafts of the story had a more explicit ending. Other than that, and where certain paragraphs were placed, not much changed from draft to draft. I have a very tight writing process, so my first drafts are usually not too different to my final drafts. 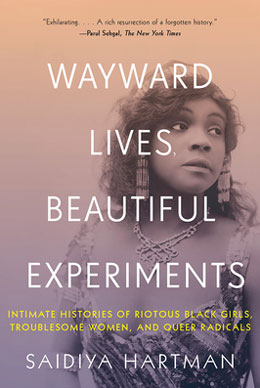 Saidiya Hartman’s Wayward lives, beautiful experiments cemented in my mind the need to use the speculative to fill in gaps in the historical archive placed there by colonialism, slavery, heteronormativity and imperialism. Her book is described as genre-bending non-fiction by many readers, but I see her working in the tradition of novelists like Maryse Condé and Toni Morrison. I think the book is to fiction what Ovid’s Metamorphoses is to epic poetry – a possible apotheosis of the form achieved by how different it is to other works within the genre. Even if one doesn’t consider it to be a work of extremely well-researched fiction, its reliance on the speculative to imagine black freedom is a reminder that fiction can be just as societally beneficial as non-fiction.

The creative writing featured in Gambian newspaper The Chronicle, particularly the work of Ya Mallen Jagne, showed me that, even writing across the diaspora, our literature will always have common elements. It’s heart-warming to see her and other Gambian writers use phrases and formulations that non-Gambian writers, editors and readers say makes my work unique.

Finally, John William Johnson’s translation of Fa-Digi Sisòkò’s Epic of Sundiata made me realise that we writers have quite a bit of catching up to do with the oral and musical greatness of the griots.

I recently read Lucy Ellman’s Ducks, Newburyport, which is primarily notable for mostly being one very long sentence. Griots have achieved something similar – pushing the sentence to its literary limits. The difference is that their tradition is thousands of years old, combines music and literature, and has survived various empires and colonialism – all without writing down a single word.

As I decided to start writing on a whim, after a high school classmate told me of his literary aspirations, there isn’t one single book or piece of writing that has made me want to be a writer. There are, however, numerous books that have left their mark with me.

Robert Louis Stevenson’s Treasure Island was the book that made me fall in love with reading. Yoko Tawada’s Where Europe begins taught me to fluctuate between linguistic styles. Toni Morrison’s Song of Solomon taught me that one can successfully strive towards literature that might heal broken societies. Ryūnosuke Akutagawa’s work has influenced my own style in many ways; while rereading “Dragon: The old potter’s tale”, I discovered that my tendency to use the phrase “sea of people” had been learnt from him. From Reimena Yee’s The carpet merchant of Konstantiniyya, I learnt to cast aside my fear of writing about cultures and times that are not my own, provided that I am willing to research and respect said cultures and times.

Ngũgĩ wa Thiong’o’s Wizard of the crow, which my father gifted me in my early teenage years, made me realise the disservice done to me by my education, as it had excluded African writers.

Of course, the ever-changing Mandinka and Wolof folktales told to me by my parents, grandparents and other family members taught me to love the mutability inherent in narratives.

About 10 years ago, during the Tunisian Revolution, I saw a neighbour walking to deal with some troublemakers, possibly remnants of Ben Ali’s (the Tunisian dictator) supporters. I was on my roof, and he was on the street. He saw me looking concerned, pumped his fist in the air and yelled, “La democratie va gagner!” (Democracy will win!).

The words have stayed with me because that was, I realise, the first time I had heard the word democracy said in French in the francophone nation. It was this sublime experience where I realised that words not only convey meaning but contain their meanings, in that democracy had never felt so palpable until my neighbour had uttered it then. This moment and the Tunisian Revolution turned me away somewhat from political cynicism. His words were powerful, I feel, because poetry was just in the air. In an interview, the Palestinian poet Mourid Barghouti recounted how, during the revolution, Tunisians had written the words of early 20th century Tunisian poet Aboul-Qacem Echebbi on the walls.

I’m not too sure what literary success is to me. I know I have goals I would like to achieve, but most of them, like eventually writing a novel that explores the art of propaganda, are more about my own personal development as a writer than anything else.

I suppose I do want to be in a position to help writers from other underrepresented groups. Most of the chances I received were primarily from more established writers taking me under their wing.