“The biographical narratives of such ‘wicked’ women, furthermore, serve to add to, as well as nuance and challenge, the dominant existing (historical) narrative of gender in Senegal.”

Loes Oudenhuijsen is a PhD student at the African Studies Centre, Leiden University, and has her own project, titled, Islam, everyday ethics and its gendered contestations: “wicked” women in Senegal from 1950 to the present. This research project aims to uncover historical transformations and continuations of gender norms in Senegal through the figure of sexually transgressive, so-called “wicked” women. Cliffordene Norton discusses this research with her. 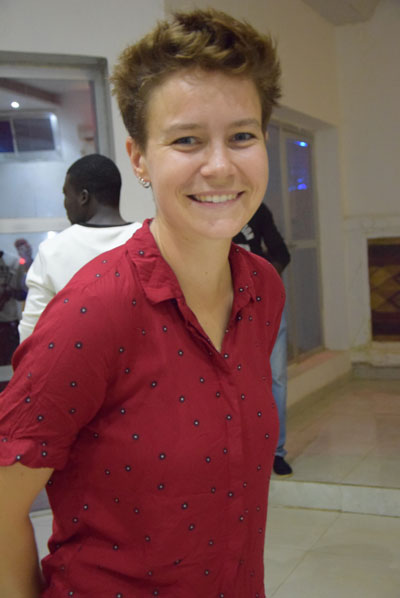 Tell us more about your PhD research and what inspired it?

In a way, my PhD research is a continuation of the research I conducted for my master’s. I went to Senegal in August 2017 for a period of six months to study how young women navigate same-sex intimacies in society. While same-sex-loving persons may encounter plenty of difficulties – with “unnatural acts” being criminalised by law, and with marriage and parenthood as core elements of the social and moral order – most women find various ways to express their same-sex desires. The way they work to balance their same-sex relationships with family life further informed my eagerness to study sexual dissidence, and to explore how dissidence and normality are constantly being reiterated, contested and negotiated.

For my PhD research, the focus will be on various types of sexual dissidence. I will focus on sexually dissident women in Senegal from 1950 to the present. I will explore how women who transgress the sexual norms become stigmatised, as well as how these so-called “wicked” women subsequently negotiate their stigmatisation. Processes of stigmatisation and negotiation reveal tensions between gender norms, social transformations and women’s agency in relation to these transformations.

The aim of my research is to uncover changes in gender norms and to understand better how present-day ideas about gender and its transgressions have come about.

Why does your research focus on the period from 1950 to the present?

I think that a historical perspective is important for understanding how today’s questions of gender and sexuality have emerged. In today’s Senegal, there is a lot of discussion going on about gender and sexuality. For example, last year’s new Senegalese soap series Maîtresse d’un homme marié was widely acclaimed and contested for showing the everyday reality of many women in Senegal who are expected to endure adulterous husbands, conjugal violence and the challenges of polygamous unions.

Violence against women gets a fair amount of attention in Senegal today because of the high number of rape and murder cases. There has also been a rise in negative attention towards homosexuality in media outlets. To understand why these debates are taking place today, it is important to take history into account.

However, Senegalese historiography (like historiographies elsewhere) has largely left sexually dissident women out of the narrative. In order to understand better how today’s gender norms have come about, it is imperative to have a broader understanding of sexual dissidence in the past. By focusing on women’s agency in response to their stigmatisation as “wicked”, I hope to contribute to a better understanding of how present-day ideas about gender norms and their transgressions have come about. The biographical narratives of such “wicked” women, furthermore, serve to add to, as well as nuance and challenge, the dominant existing (historical) narrative of gender in Senegal.

Because I wanted to capture some developments of the discourses on sexual dissidence, I decided to start with the late colonial period. The nationalism that emerged in anticipation of the country’s independence brought with it a set of ideas about what an independent Senegal would look like – including ideas about what femininity and masculinity should entail. I found this an interesting point in time at which to start my research. Looking at the years that followed the 1950s, up until today, I will take into account social, political and economic developments that influenced gender norms and the modes of contestation.

Stigmatisation on the level of everyday interactions comes in many forms, many of which are non-verbal. The law influences people’s ideas of what is acceptable behaviour, and thus the criminalisation of abortion under all circumstances (including rape and incest), as well as of same-sex sexual conduct, has an effect in real life. In the public sphere, mostly in media outlets, practices and appearances deemed dissident may be denounced. 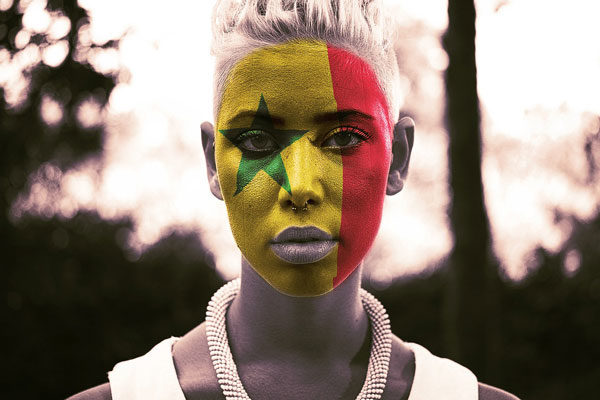 In the more intimate social sphere, which I focus on, stigmatisation is not only about denouncing someone by talking badly about him/her. It is very often also what is not being said to the person – how s/he is being ignored, being made to feel unwelcome at home. Such messages may be conveyed through minute gestures and silences.

For example, one of my interlocutors, a 29-year-old unmarried woman, stays with her father and his three wives (none of whom is her mother). Although she lives with them, she does not speak to them, not even with a greeting in the morning or a “goodnight” before going to bed. She sleeps on a mattress in the living room – there is no room for her; the message is clear: she should have left the house a long time ago. (By marrying, a woman moves in with her husband’s family, or, if there is enough money, the newly-wed couple moves into their own apartment/house.)

“The way they work to balance their same-sex relationships with family life further informed my eagerness to study sexual dissidence, and to explore how dissidence and normality are constantly being reiterated, contested and negotiated.”

A few weeks ago, another obstacle was thrown at her: she is no longer welcome to eat with her family. This forces her to survive from donations from friends, neighbours and acquaintances on the street in her neighbourhood, some of whom give her a couple of cents a day.

How would you describe your fieldwork?

Fieldwork, for me, is a continuous stream of unexpected experiences. Whether I think I know what I am doing by planning an appointment with someone I already know, or whether it is a first encounter, what I learn is almost always a surprise.

I love that uncertainty about it. It also means freedom. I go where I think I should go, and I follow where my interlocutors guide me. It is somewhat paradoxical to feel this freedom while studying women who are confronted with stigmatisation for choosing a certain freedom by not conforming to the sexual norms.

What have you learned about Senegal?

Senegal is a fascinating and complex society. There are fairly strong norms concerning what people should and should not do, and people are happy to reiterate them. However, beneath this surface of normativity, many things are tacitly acknowledged.

“Remaining unmarried after a certain age is met with suspicion; choosing to remain childless is almost unbelievable, and having children out of wedlock is also undesirable.”

Appearance is very important in Senegal, and many people will do their best to appear in a certain (respectable) way, in order to avoid strange looks and judgment from others. However, if you take the time to scratch beneath that surface – which demands respectable appearance, discretion and modesty, particularly of women – there is a lot more complexity to people’s lives and relationships.

What constitutes a “wicked” woman in the Senegalese society?

A woman can be deemed “wicked” for many reasons. I focus on the concept of wickedness as emerging from sexual dissidence. Particularly informative for my research are the tensions that arise between women’s dissident practices and the social norms that are enforced on people in the interplay of moral frameworks and the socio-political context. But, despite the fact that there is not one single comprehensive definition of a “wicked” woman, marriage and parenthood are central to people’s perceptions of what it means to be a woman (as opposed to a girl). 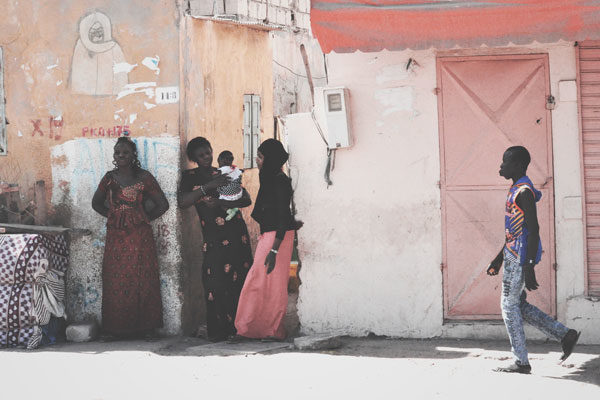 Hence, remaining unmarried after a certain age is met with suspicion; choosing to remain childless is almost unbelievable, and having children out of wedlock is also undesirable.

I hope that my research can contribute to the work of NGOs and governments in the field of gender and sexuality. In Senegal, as in many other parts of the world, discussions about sexual violence, gender and sexual minority rights, as well as the position of sex work, are very topical.

In Senegal, the many cases of rape and other forms of sexual violence against women have led to an increasing call for action by society. Moreover, the debate about LGBTQI+ has been tense lately, with regular negative media coverage. I hope that my research can be informative to anyone working in the public domain, be it in journalism or politics or in NGOs, as it puts such debates into a social and historical perspective.

I am also working on an exposition/archival project based on the research, together with Samira Fall, a Senegalese slam poet. We will put together an exposition of some of the women’s stories that I will be collecting throughout the year. These will be exposed at the Henriette-Bathily Women’s Museum in Dakar. We will archive this exposition both online and offline, in collaboration with other artists and my interlocutors. We hope to grant Senegalese women access to a part of their and their foremothers’ history that may explain historical change and continuity with regard to their position as “wicked” women.

With this research, I seek to start to fill a gap in the production of knowledge on gender histories, in order to understand better how present-day ideas about gender and its transgressions in Senegal have come about.

“In order to counteract the silencing of these women and their narratives, I see the necessity of conducting research on sexually dissident women.”

Although the scope of sexualities research is much wider today, there remains an imbalance with regard to who is being studied. Histories of gender and sexual diversity have taught us about góor-jigéen in Senegal and ‘yan daudu in Nigeria, which describe men who dressed like women and performed social roles of women. 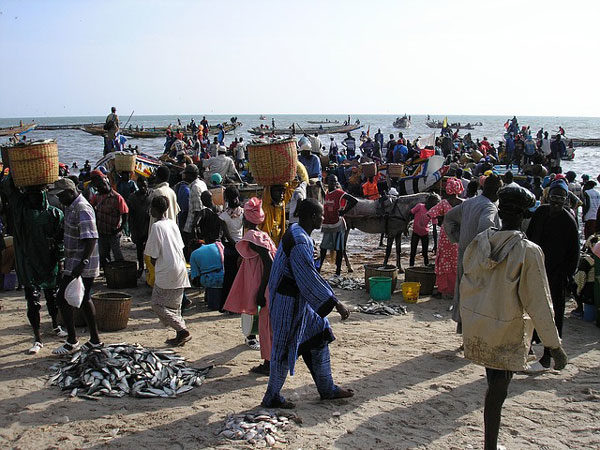 Women continue to lag behind in such studies: no corresponding accounts of women who performed male roles exist in the scholarly literature. In order to counteract the silencing of these women and their narratives, I see the necessity of conducting research on sexually dissident women.

You’re involved in Voice4Thought. Tell us more about the foundation and your role specifically.

Voice4Thought (V4T) works as a digital and offline platform that provides a space for critical voices from around the world to co-create new forms of knowledge and reflection. V4T supports artists, academics, journalists, bloggers and others who are engaged in socio-political change.

I have been involved with the project since its official launch in November 2014, first as an events coordinator, and later as part of the executive board, thinking through our academic basis. I have now withdrawn from the daily running of the organisation due to my PhD, but a project that I am still working on with Professor De Bruijn is a publication on women in slam poetry.

V4T has been following the development of a pan-African network of slam poets. The societal engagement that slam poets convey with their texts intrigues us, and when, last November, a women’s edition of the yearly festival N’Djam s’enflamme en slam (a slam poetry festival organised annually in N’Djamena, Chad) was organised for the first time, we decided it was time to publish on this.