Abeer Abazeed is a PhD student at the Institute of Security and Global Affairs at Leiden University.

Her PhD research tackles the role of civil society in hydropolitics in the Eastern Nile basin (Egypt-Sudan-Ethiopia).

She discusses her research and future plans with Cliffordene Norton. 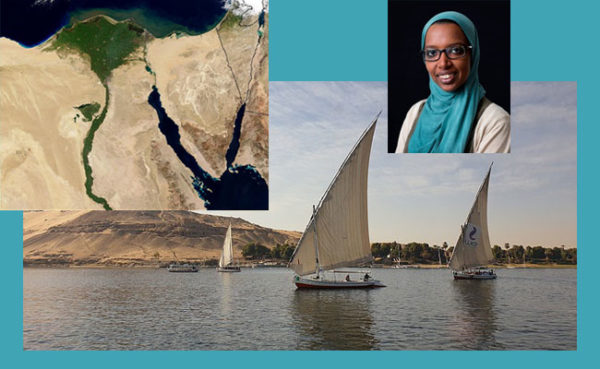 Would you tell us more about your PhD research and what inspired it?

My PhD research attempts to explore the role of civil society in a transboundary river (the Nile). The mainstream global discourse now is water governance where civil society can decide how to manage their water resources alongside hydraulic engineers and decision-makers.

Furthermore, some evidence shows that civil society engagement has a positive impact on natural resource sustainability and the environment in the long run.

“Governing the Nile – with the different visions involved – is critical, and, because water is an indispensable resource, people’s involvement in managing the Nile is important.”

The Nile case is quite challenging, because it is the longest river in the world, shared by 11 countries. These 11 countries include numerous communities with various ethnicities, cultures and needs. Therefore, civil society engagement in the Nile governance is not an easy mission.

The Greek philosopher Herodotus described Egypt as “the gift of the Nile”. In contrast, in Ethiopia the major source of the Nile (Blue Nile) starts, and in Sudan it meets with the White Nile, which comes from equatorial lakes.

Therefore, both Sudan and Ethiopia enjoy plenty of water. Nevertheless, the development aspirations in these countries drive to utilise the Nile waters to increase food production and generate hydropower, and that puts pressure on water availability.

Governing the Nile – with the different visions involved – is critical, and, because water is an indispensable resource, people’s involvement in managing the Nile is important. 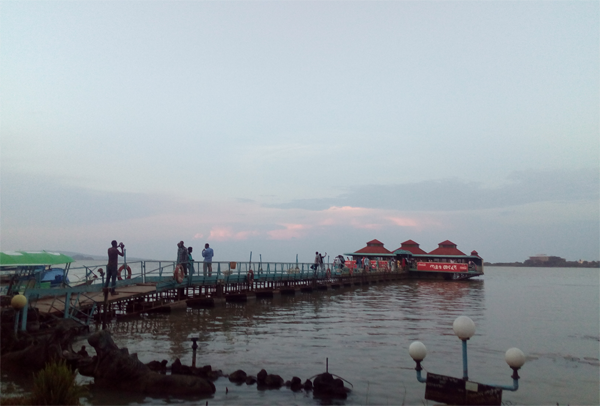 The transnational level, however, is limited. There is only one civil society organisation that covers the whole basin, the Nile Basin Discourse (NBD), based in Entebbe. The organisation has representatives in the Nile basin countries, and it aims to channel the voice of communities to the water decision-makers, regarding the planned water projects.

On the other side, it works to build communities’ capacities in the fields of climate change resilience and water management, in addition to various water awareness campaigns.

How long was your fieldwork?

My fieldwork has been scattered over the past two years. My data is based on interviews; therefore, I attended three Nile conferences, where the Nile decision-makers, scholars and representatives of civil society participated.

Additionally, I spent some weeks in the three countries, visiting the civil society organisations and meeting their founders.

“We are Nilotic people, our cultures and worldviews are not widely diverse; therefore, I think it is possible to build up deep interactions within civil society work on the Nile waters.”  ..................

What civil society organisations did you choose, and why them specifically?

I applied a snowball strategy, because there is no list of the Nile civil society organisations; therefore, the conferences were a good entry point. Here, different activists and scholars attended, and I asked them to name the organisations they know and work with on the Nile, and then I built my list.

What did you learn about the countries where you did your research?

I’ve learned that the Nile is central for everyone, because it is the resource for eating, drinking, transport, trade as well as entertainment.

Each community has its vision for the Nile and how to utilise it; the challenge is these visions’ lack of consensus, which makes the Nile governance a demanding task. 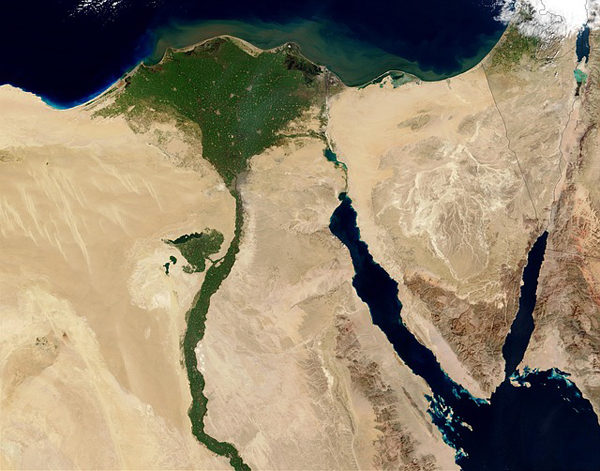 The Nile River and delta as seen from space by the MODIS sensor on the Terra satellite. (Photo: Jacques Descloitres, MODIS Rapid Response Team)

What do you think civil society organisations’ role should be, with regard to your research?

I think the role of civil society is to monitor and assess any water project on the Nile implemented by the international development organisations, donors or riparian governments. And, if the project negates the community’s concerns, civil society should adopt techniques of lobbying, petitions, etc, until their concerns are fulfilled.

You have written several papers and have been involved with a few projects. What is next for you?

After my PhD defence, I want to focus on developing an initiative that networks these civil society organisations in a sustainable way, not an ad hoc one. Through this network, I think organisations could share their experiences, positions and tools. Because I found in my fieldwork that we are Nilotic people, our cultures and worldviews are not widely diverse; therefore, I think it is possible to build up deep interactions within civil society work on the Nile waters.

Read more about students who studied in the Netherlands: