His PhD research focuses on the diplomatic and military ties between North Korea (DPRK) and southern Africa.

He discusses his findings and the potential real-world applications of his research with Cliffordene Norton. 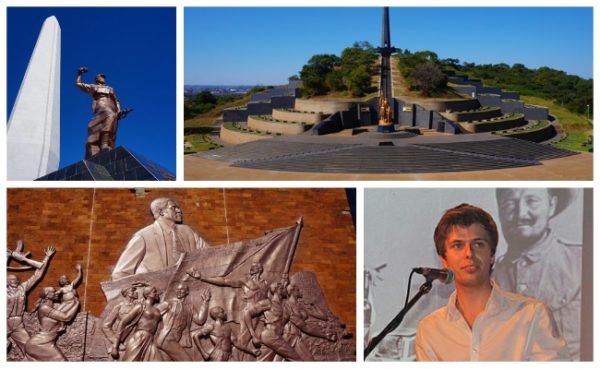 Tell us more about your PhD research and what inspired it?

A couple of years ago, I was in Namibia, and I stumbled upon a North Korean monument that had only recently been constructed, in 2014. It was a sight I had not expected to see, as I thought of North Korea as an isolated country, far removed from African affairs.

Moreover, this particular monument was not some irrelevant construction – it was the National Museum of History, which has a central place in Namibia’s memorial landscape.

This encounter inspired me to explore the ties between southern African liberation movements and North Korea in a PhD project at the African Studies Centre Leiden. 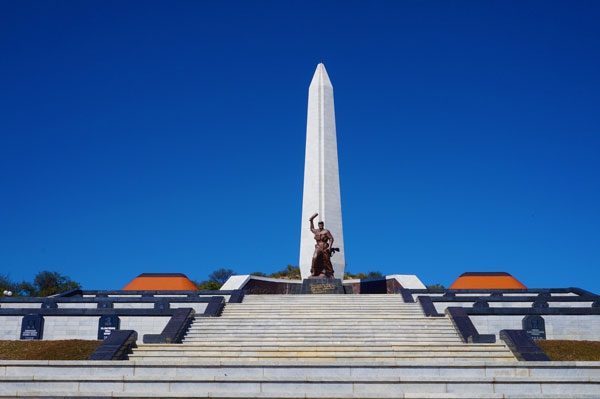 The National Heroes’ Acre in Windhoek. To the left and right of the stairs are about 170 graves.

North Korea supported liberation movements all over Africa in their armed struggle for independence. African leaders were invited to witness the “socialist paradise” of Pyongyang, and were treated by North Korea as heads of rightful governments, long before they formally secured independence.

The armed wings of several liberation movements were trained by North Korean military instructors, and received all kinds of weaponry.

In southern Africa, most people will know of the notorious 5th Brigade, a North Korean-trained militia in Zimbabwe that was responsible for a genocide in the 1980s, but there are many other examples, as well.

When independence was secured, these movements were transformed into political parties with continued relations with the DPRK.

The contemporary construction of North Korean monuments, such as the museum in Windhoek, shows that African governments are still interested in dealing with North Korea, and are willing to pay for it. 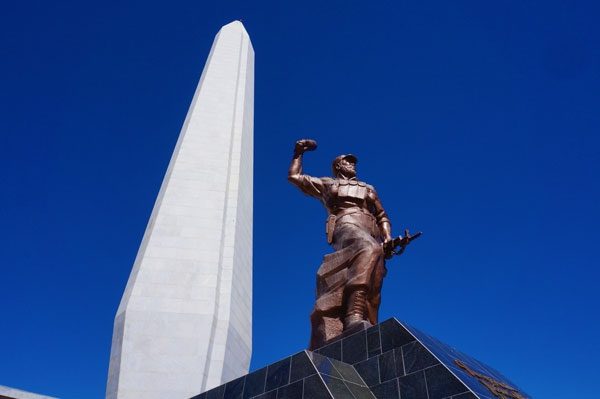 The statue of the unknown soldier in the Heroes’ Acre in Windhoek. The statue shows great similarities to the first president of Namibia, Sam Nujoma.

How would you describe your fieldwork?

Very diverse. I will conduct extensive fieldwork in southern Africa for archival research and interviews, but will also conduct research in South Korea. I am learning Korean for this purpose.

In addition, I will consult so-called “third-party archives” from governments that were not directly involved in DPRK-African ties, but which had a specific interest in this issue, for example, the United Kingdom and the United States.

I am currently in London to look at material from British embassies in Africa, as they recorded North Korean activities in their former colonies.

What have you learned about the countries where you have done your research?

I have only just started with my research project, so most of the fieldwork is still ahead of me. What I find fascinating so far is how, in southern Africa, former liberation movements utilise the liberation struggle to justify their ongoing rule.

Liberation struggles were always highly complex historical processes, but they are being simplified by reigning governments to legitimise their bid for power. 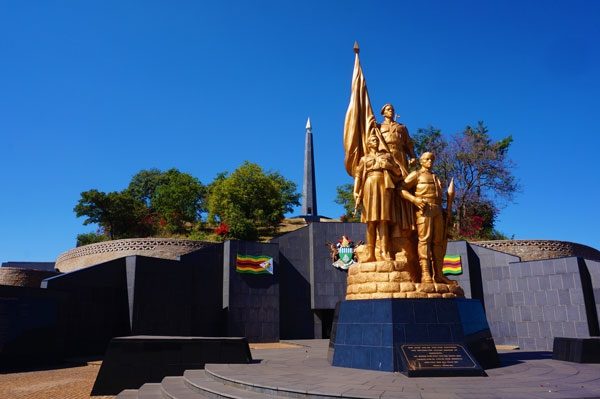 Elements of the Heroes’ Acre in Zimbabwe, including the statues of the unknown soldiers and the basilisk

It is important to realise that North Korea is not an isolated “hermit kingdom”, but has extensive ties all over the globe, even today.

The construction of monuments in Africa, to name one example, is a crucial way for North Korea to earn foreign currency and maintain its totalitarian regime. While this is a crucial point, I mainly want to explore the African dimension: why do African liberation movements and governments cooperate with the DPRK, and how do they shape these ties?

If you take the monument, again, as an example, it is very interesting that African governments are adopting the visual language of North Korea to tell their own African history. Investigating this peculiar fact can help us understand contemporary African politics in the region. 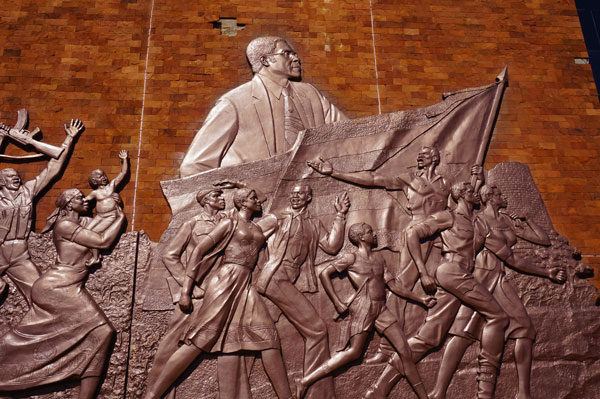 Representation of the Zimbabwean struggle for independence. At the top, we see Robert Mugabe leading his people to freedom.

I want to bridge the imaginary boundary between African studies and Korean studies, because I need both perspectives in order to understand my research topic fully. Luckily, I have two amazing supervisors, one from each field of study.

Within African studies, there has been quite a bit of research on communist powers in Africa, such as China and the Soviet Union, but hardly anything on North Korea.

Within Korean studies, the foreign policy of North Korea is a hotly debated topic, but the connection with “Africa” is vastly understudied.

Most importantly, I want to acknowledge African agency in this regard. African liberation movements and governments were not pawns in a game of chess between superpowers, but actively shaped the conditions in which they operated.

That is a very good question, and I do not yet have an answer, but I reckon I would like to continue working on African history.