“I do think that all my findings will contradict, or at least complicate, the widespread popular view of African civil servants as corrupt, lazy or otherwise incapable of doing their jobs.” 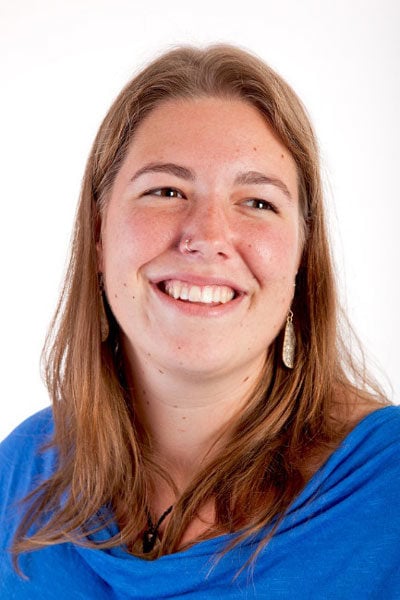 Tanja Hendriks is a PhD student at the Centre of African Studies (CAS), University of Edinburgh. Her PhD, which focuses on disaster governance in Malawi, is part of the EU-funded programme for the Anthropology of Human Security in Africa (ANTHUSIA). She talks to Cliffordene Norton about what actually happens on the ground during disaster relief interventions.

My PhD project forms part of the EU-funded ANTHUSIA research programme, which focuses on the Anthropology of Human Security in Africa. Through the lens of human security, my research aims to focus on the lived experience of people during a time of disaster and crisis. As Malawi is a disaster-prone country, I wanted to explore what actually happens on the ground during disaster relief interventions.

Before going to the field, I wanted to keep an open mind and not predefine what everyday practices of governing in these disaster relief interventions are. Now, having just returned from the field, I could give a million examples. What happens in disaster relief interventions is extremely diverse, and depends on the type and scale of the disaster that is being responded to, and also on the actor that you centralise in your analysis.

My focus is mainly on the affected state, hence many of the everyday practices that I studied deal with the activities of civil servants who are based in disaster-affected districts.

Let me give you some concrete examples of things that I observed in the aftermath of Cyclone Idai, which hit Malawi (as well as Mozambique and Zimbabwe) in early March 2019. Civil servants were busy making numerous phone calls to hear updates on the water levels from people living close to the rivers, and they were calling around to find a boat operator and a boat to commence the search and rescue operations.

“I still believe that it is valuable to understand better what actually happens on the ground when a disaster hits, but I found it very difficult and, at times, ethically challenging to be a researcher in this setting, with not much to offer to alleviate immediate needs.”

After this, they organised a meeting with all humanitarian and (international) nongovernmental organisations ((I)NGOs) in the district, to activate the United Nations cluster system. This is a system that has been devised to ensure collaboration and coordination between the affected state(s), humanitarian organisations and the wider community of nongovernmental actors. Once this system is activated, everyday practices of governing include organising needs assessments in the affected areas, tracing the places where disaster-affected people who are displaced have gathered, visiting these internal displacement camps, creating beneficiary lists, verifying these lists, organising coordination meetings, disseminating information and engaging in (food) distributions to the affected population, to name just a few.

As I have just returned from fieldwork, I have not yet reached the stage where I can confidently present any research findings. However, that being said, I do think that all my findings will contradict, or at least complicate, the widespread popular view of African civil servants as corrupt, lazy or otherwise incapable of doing their jobs. I have met amazing people who work very hard in very difficult circumstances, notably in a context that is politically challenging and with hardly any resources at their disposal.

In your ANTHUSIA profile, you said you became interested in the role of the state during your fieldwork in the aftermath of the 2015 Malawian floods. Could you please tell us about your experience?

I was doing fieldwork for my master’s thesis in African studies when the flooding in January 2015 took place. My thesis topic had nothing to do with disasters or flooding directly, but the damage was visible in many of the informal settlements in which I was doing my research, visiting families of (former) street youth. 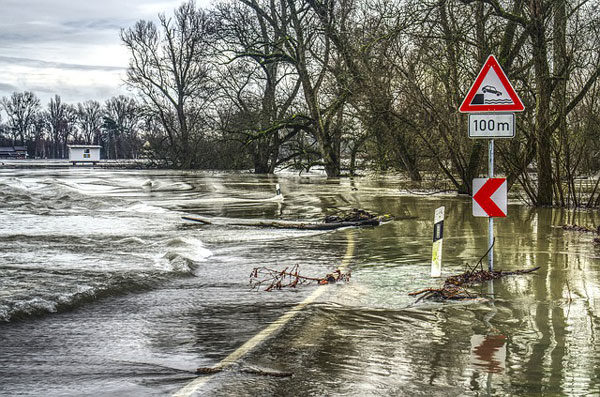 In the newspapers and on the radio, I would read and hear a lot about what UN organisations and (I)NGOs were doing, but it was a lot more difficult for me to find out what the Malawi state was actually doing. Some of my friends started collecting donations, and I subsequently joined them on camp visits to locations in the more rural areas. I also ended up visiting an urban displacement camp in Blantyre regularly over the course of several months.

All in all, the 2015 floods really made me become interested in the role of disaster-affected states during disaster response, and especially in what was going on in these camps, how people were organising themselves, how they allocated the assistance that was given and what they did when no or not enough help arrived.

What fieldwork methods do you use for your PhD?

I mainly used participant observation. This is an ethnographic method that involves sharing time and space with interlocutors over a prolonged period of time. During the whole of 2019, I spent almost all my time with several civil servants in one of Malawi’s southern districts, joining in on their daily tasks and activities. 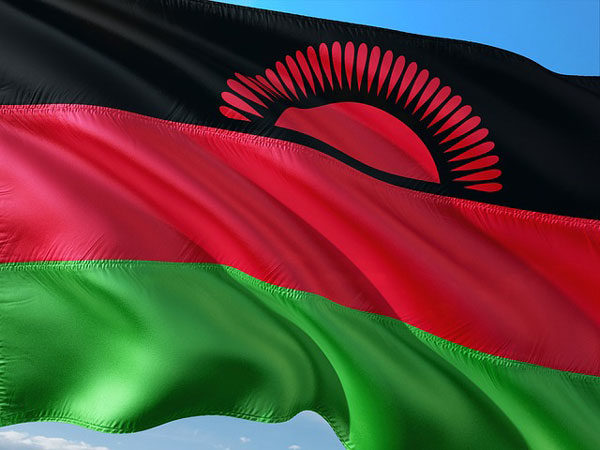 The second method I used to supplement, triangulate and verify my observations and interpretations was to conduct approximately 60 in-depth, semi-structured interviews. These were mainly with people whom I did not run into on a daily basis, such as high-level policy makers and (I)NGO or UN employees, but were also with some of my key informants.

Malawi is a donor-dependent country for governing in disaster relief interventions. Do you research any of the donors as stakeholders in this regard? And, if so, do they contribute any other resources (besides financial)?

Malawi is also profoundly dependent on donors outside the context of disaster relief interventions. It is therefore very difficult for civil servants to direct humanitarian and other non-state organisations effectively during a time of crisis: the Malawi state does not have sufficient resources of its own, so civil servants constantly have to balance their mandate and sovereignty with this position of profound dependency on donors (who often prefer to be called “partners”).

“Because the ways of coping with natural hazards differ and are shaped by so many social factors, such as how old you are, your social and economic status and where you live, I find it very important to recognise that some people are more vulnerable to being impacted or affected by a disaster than others.”

In this sense, donors are definitely stakeholders, as they largely fund and (therefore) shape the ways in which the Malawian state can respond to disasters. Apart from providing financial resources, donors also offer human resources, as they send in experts and expat staff to assist with capacity during the relief interventions. This is how the UN cluster system, which I mentioned before, functions. As such, donors definitely also figure in my research, because the civil servants whom I was studying collaborated or interacted with them almost on a daily basis.

What are the biggest obstacles you’ve faced in your research so far?

My fieldwork period has been quite intense. I was already in Malawi and had established myself in one of the southern districts when Cyclone Idai hit the country. Seeing how the disaster relief interventions started was very interesting; but, in this context of crisis, devastation and sometimes outright despair, I also found it very challenging to be in the field and often questioned my research and its usefulness.

I still believe that it is valuable to understand better what actually happens on the ground when a disaster hits, but I found it very difficult and, at times, ethically challenging to be a researcher in this setting, with not much to offer to alleviate immediate needs.

I tried to overcome this feeling by actively participating in the search and rescue exercises, as well as the needs assessments and food distributions, in an attempt to make myself as useful as possible. My informants seemed very happy with this, and it gave me good insights into what it feels like to be part of these relief interventions, but it still felt very strange to be a researcher in this setting.

Another obstacle is the fact that disaster relief is quite a sensitive and politicised topic. Throughout my fieldwork in Malawi, the political situation was tense, as the disaster happened during the campaign period for the highly disputed May 2019 national elections, which were eventually nullified by the Malawian court in February 2020. Researching within the state in an election year, while being embedded in a department that was constantly moved around for political reasons, rendered some questions very difficult to ask.

You have a keen interest in Malawi as a research subject. What inspired this interest?

This is actually rather random: when I was 18, I wanted to take a gap year and do some volunteering. I signed up with an organisation that happened to have contacts with a project in southern Malawi. I had never heard of the country before, but I decided to go for it, and I ended up really enjoying my stay. I learned a lot during that gap year, and when I came back, I decided to continue learning more from Malawians and about Malawi. That’s kind of how it all started.

What have you learned about the countries where you have done your research?

Although I have also conducted research in other African countries, my main focus has always been on Malawi. I have learned so much from being in this country, speaking with Malawians and reading about it, that I can impossibly do justice to this experience in this answer.

One element of what I have learned over the years, however, is the importance of learning the language of a country where you do research. I have been trying to become fluent in Chichewa, Malawi’s national language, since my first visit to the country in 2008. 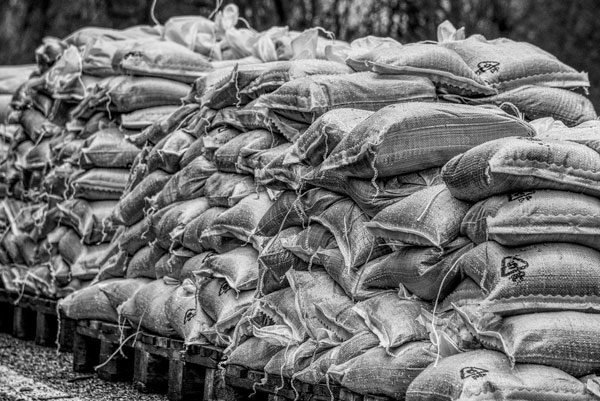 During my fieldwork in 2019, I was finally able to take part in a Chichewa course at the Centre for Language Studies at the University of Malawi. Learning Chichewa, which is a beautiful and very poetic language, has made me very aware of all the things that I do not yet know and still need to learn in the future.

As I have not yet finished my research project, my answer to this question is purely speculative, but I like to think that, once completed, my research could contribute to an improvement in disaster governance in Malawi, and perhaps elsewhere as well.

Has climate change influenced the frequency and scale of natural disasters?

There is no such thing as “natural disasters”. Although the term is often used, it is incorrect. It conflates natural hazards, such as floods or earthquakes, with the impact these natural phenomena can have. I am saying “can have”, because not every flood or earthquake causes a disaster: disasters take place where the impact of the hazard causes disruptions in social life. 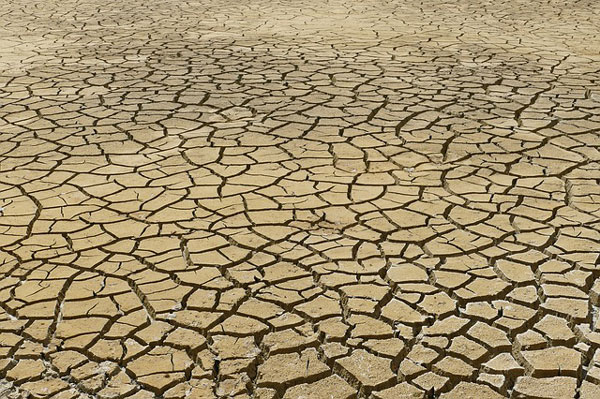 Because the ways of coping with natural hazards differ and are shaped by so many social factors, such as how old you are, your social and economic status and where you live, I find it very important to recognise that some people are more vulnerable to being impacted or affected by a disaster than others.

We depoliticise disasters and the conditions under which they occur when we refer to them as “natural”. If you want to know more about this, please have a look at the following website: https://www.nonaturaldisasters.com/.

Having made this detour to rephrase your question, I can now answer it: I absolutely believe that climate change is increasing the frequency and scale of disasters.

Left out of the narrative – an interview with Loes Oudenhuijsen