How do colonial histories matter to the urgencies and conditions of our current world? How have those histories so often been rendered as leftovers, as “legacies” of a dead past rather than as active and violating forces in the world today?

Van der Waal’s discussion focused on the “underemphasised colonial ties” between South Africa and the Netherlands. She foregrounded Dutch and South African rap (especially Afrikaaps3 hiphop) as “contemporary expressions of and possibilities for identity and identification”, entangled with Dutch colonial history. 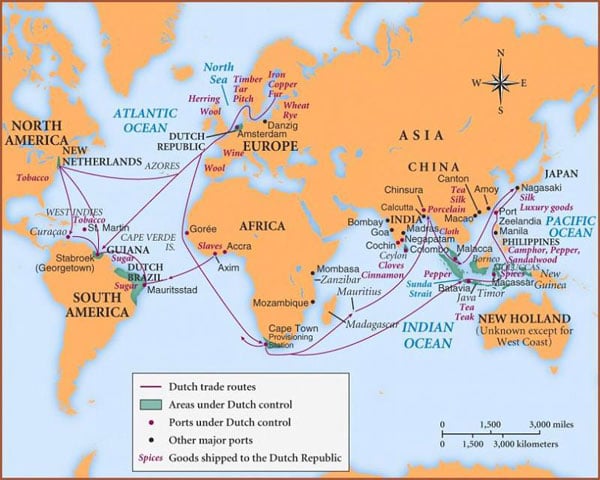 In the Netherlands, slavery is not generally connected to the VOC (“and vice versa”). In the Dutch “national education canon” the VOC and slavery “is treated separately”.

The VOC is, rather, “usually commemorated with pride as the world’s first successful multinational global trading company”.

In this regard, van der Waal emphasises the problem with the underemphasised link between “unfettered capitalism, land-grabbing, genocide and  entanglements of slavery, shipping, trading, and the abuse of the slave people as the basis of its economy”.

The “trauma of slavery” is not linked to “transnational trade, economic growth and cultural development”.

Van der Waal emphasised the importance of “a critical understanding of the examination of Dutch identity”, including debates about “postcolonial Dutchness” in “the current public sphere”.

Van der Waal, “a South African living in the Netherlands” notes “the Dutch engagement with and making sense of the Dutch colonial period”, especially the “published references to the VOC that are periodically made by people of public importance”.

For example, former Dutch prime minister Jan Peter Balkenende “proudly called for a return of the VOC without any form of irony” in 2006.

The current prime minister Mark Rutte expressed the wish that “the Netherlands … return to the atmosphere of the Golden Age”, therefore, according to Van der Waal, “a period signalling ambition, purpose, entrepreneurship and economic opportunity and in fact benchmarking ideal Dutch identity”.

For Van der Waal, “the summoning of this historical period as a template for contemporary Dutch identity” is “a simplistic, [problematic and] one-sided representation of the past”.

Van der Waal also emphasised pop culture as a space that “explores the dynamic relationship between the history of colonialism and current day understandings of Dutchness better”.

Dutch rapper Typhoon and rappers from the South African theatre production/hiphopera Afrikaaps are cited as “pop culture expressions” of “the shared experience of slavery and colonialism, but also its aftermath and legacies in both South Africa and the Netherlands, including inequality, racism, discrimination, but also white innocence and white ignorance”.

The recognition of said shared experiences “of ruthless colonial ties”, connecting “people from different areas and places in the world together through Dutch colonialism”4 negates the long time emphasis on “the stamverwantschap idea5 between the Netherlands and South Africa”.

Afrikaaps hiphop challenges the idea that Afrikaans is a white or European language: the “cultural and racial legacy of Dutch colonialism in South Africa is interrogated and challenged in various poetic and often humorous or subversive ways”.

Afrikaaps hiphop “often focuses on social issues” and “how [coloured identity] has been inscribed historically by the experience of colonialism, apartheid, racial discrimination and socio-economic deprivation”.

Van der Waal cites the example of Afrikaaps, a South African (2010—2015) and Dutch (2011) hiphopera, “enunciating through rap and other musical interventions the origin and development of Afrikaans”.

Afrikaaps emphasises that Afrikaans is “not the predominantly white European language, but the creole language that emerged in a contact zone here at the Cape during the time of Dutch colonialism” via “close interaction between the Dutch, slaves from Asia and Africa, as well as members of local Khoi groups”.

A song from Afrikaaps, “Ek is”, illustrates the development of Afrikaans in the Cape: “I was born in Europe in another language / in the Cape I was hijacked with a creole style”.

This excerpt of the performance of this song is in frame 0:28 of the trailer for the Afrikaaps documentary: 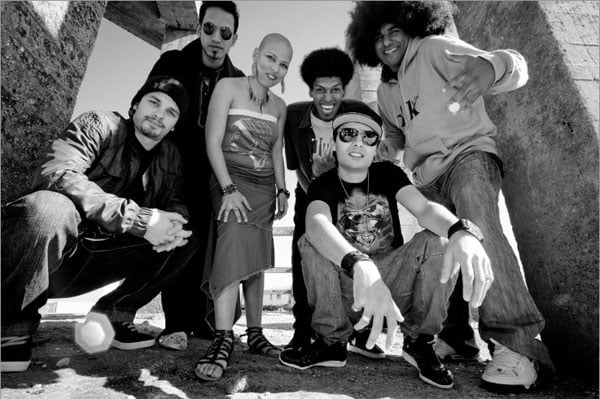 Members of the Afrikaaps collective

Van der Waal states that “these performances create a memorial space regarding cultural and racial hybridity that explicitly challenges the dominant discourse about Afrikaans as a white European language spoken by Afrikaners”.

Contrary to “the dominant Dutch understanding”, the [VOC] Dutch did not merely establish a refreshment station: the established colonial society “had a lasting and structurally violent effect on the local situation”.

The colonial community comprised Europeans, imported enslaved people, and the Khoi “who were often violently incorporated into the economy of this colonial settlement”.

The Kingdom of the Netherlands celebrated its 200th anniversary and members of the Dutch royal family and dignitaries attended this event. In this performed song, Typhoon asked “who are we” and “where do we stand”, specifying all the dark sides of colonialism, for example:

A more explicit reference to slavery and the slave trade is from Typhoon’s song about historical injustices, “We Zijn Er”: “it narrates the story of a slave being punished by his master”. But in the video he grasps the rope and it transforms into a microphone in “a very strong black power salute”:

Even though “national recognition” of Dutch entanglement with the history of slavery is “slowly growing”, and projects such as Mapping Slavery recognises this history, “this aspect of Dutch history is not, or seldom, associated with [the] flagship of Dutch identity, the VOC”.

The questions that need to be asked, are: “whose history is under discussion here?” and who is the “us” “who call themselves the Dutch”?

3 “The variant of Afrikaans spoken by the coloured community in the Western Cape”.

5 The “idea of white cultural relationships between the two countries”.

Afrikaans: the language of dissent

Video: Keynote lecture by Homi Bhabha – A memory of neighbours: On history and the afterlife