Africa Day is celebrated annually on the continent and worldwide on 25 May.

The Zeitz Museum of Contemporary Art Africa (Zeitz MOCAA) in Cape Town hosted a day of celebration on Saturday, 25 May.

Menán van Heerden chats to Lauren Hess, the communications and marketing manager for Zeitz MOCAA, about the largest museum of contemporary African art in the world and about Africa Day. 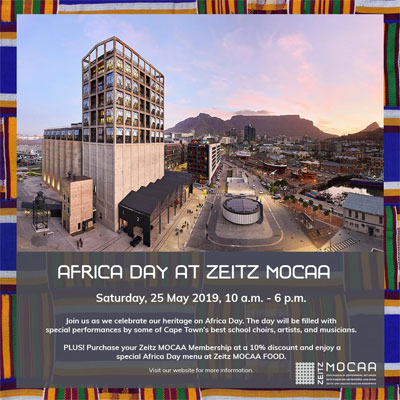 What does Africa Day celebrate?

It started as a celebration of the independence of several African nations from European colonisation. Today, Africa Day is about celebrating our heritage, our successes, our cultures and our diversity.

The theme this year is “telling African stories”, and it’s especially fitting for us as a museum, because that is at the core of what we do, and is central to our vision and mission.

What can visitors look forward to on Saturday? Is there something for everyone?

There’s definitely something for everyone. We will be having performances by two of Cape Town’s best school choirs, a top adult choir from the city and other local musicians, and our restaurant will be doing a special African-themed menu.

Meanwhile, there will also be a discount on annual memberships, which grant the user year-round access to the museum and its programmes.

Between 1945 (the end of World War II) and 1965, many African countries gained independence from European colonial rule.

In 1957, Ghana became the first sub-Saharan country to gain independence.

The precursor to Africa Day, African Freedom/Liberation Day, was first celebrated at this meeting.

The date was changed when the Organisation of African Unity (OAU) was formed on 25 May 1963 in Ethiopia.

South Africa joined the OAU in 1994, after the country’s first democratic election.

In what ways does Zeitz MOCAA celebrate African cultures, heritages and artists?

Zeitz MOCAA is a space in which artists from Africa can tell their stories on their own terms.

It’s a space in which we can celebrate the diversity of voices from the continent and the diaspora, and present them in a way that makes sense to us. 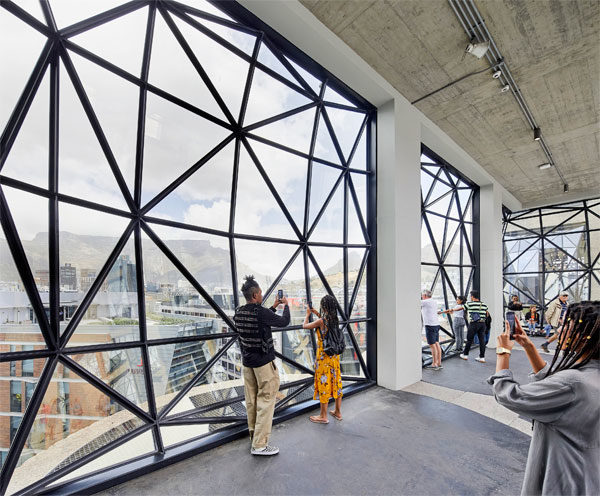 Who are the featured artists at Zeitz MOCAA at the moment? In what ways does ZM contribute to the contemporary art scene in South Africa/Africa?

Zeitz MOCAA has a number of artists on show from across Africa and the diaspora. These include both artists who have been around for decades, such as William Kentridge and El Anatsui, as well as younger talents, such as Jody Paulsen and Kenyan filmmaker Wanuri Kahiu.

Not only that, but we also have an extensive art education programme, through which we hone artistic talent, and use art and creativity to address issues and concepts in a way that is accessible to children.

What are the current debates in the contemporary art scene/museums?

Many of the debates and conversations taking place in the art world are the same as those happening in other industries.

Discussions continue around decolonisation, #MeToo, the role of women and ways in which these are accessible to a wider community. 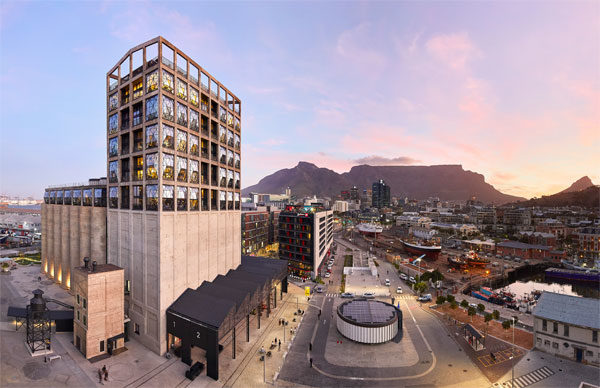 What does ZM offer with regard to engagement with these debates (for example, lectures and exhibitions/art pieces)?

Beyond our exhibitions, we regularly host lectures, panel discussions and other engaging events. Something we do often for museum members is an artist walkabout, in which an artist will expand on the themes they portray in their work.

Does ZM / Do ZM artists engage with general issues affecting the world?

Many of our exhibitions respond very directly to issues and conversations.

We have been running an extensive Zimbabwean exhibition called Five Bhobh: Painting at the end of an era, in which the 29 artists in the exhibition directly responded to socio-economic issues and the political change that came to a head in 2018.

We also have an exhibition called Still here tomorrow to high five you yesterday..., in which artists, performers, writers and architects unpack migration and Afrofuturism.