Next year, 2020, marks the celebration of 60 years of independence by 17 African countries. 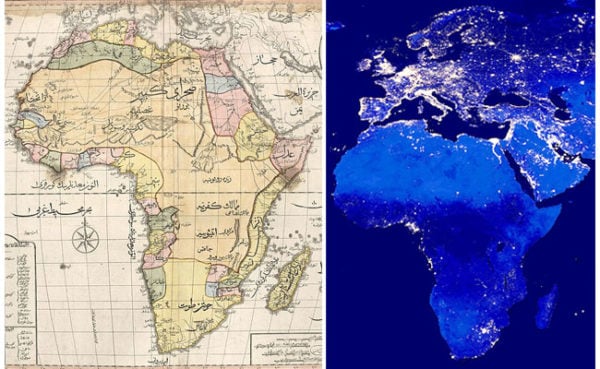 What would you say are people’s general perceptions of “Africa / Africans’ cultures?” Why do you think a new perspective is needed with regard to African identities?

In the literature, I see two pre-scientific tropes about Africa doing the rounds: one that sees “Africa as a country”, portraying Africa as one large, culturally homogeneous whole. The other one, by contrast, sees Africa as made up of a myriad totally different groups.

I think both tropes are disempowering, because both stand in the way of seeing modern African identities as they have developed after the experiences of colonialism and 60 years of independence. I have used concepts from the field of cross-cultural psychology to try to describe and talk about the real cultural differences on the continent.

Is the concept of the nation-state border Eurocentric? Are there more ethnic groups across borders than there are African nations?

It is a historical truth that in a number of cases, ethnic groups became fragmented over different nation states in Africa, but not only in Africa. I do not think that there is much point in either praising or blaming Europeans for the nation state – it is a social innovation that has its advantages and disadvantages and that is changing its meaning in this globalizing world, in Europe as well as in Africa.

The idea of the culturally homogeneous nation state is not a European invention: before the first World War, Europe consisted of multi-ethnic countries or empires. The idea of self-determination of peoples only originated after the First World War in the United States.

That being said, my research shows that in some African countries, a certain national culture has emerged but in others, it has not. In Ghana, there seems to be a common national cultural frame of reference that is known by all Ghanaians, even though cultural differences within the country remain.

The same seems to be true for South Africa, where for example generally the Sotho, Swazi and Tswana seem to feel that their common South African identity is stronger than the identification with their brothers and sisters in Lesotho, eSwatini and Botswana. This seems to be even stronger for the “born free” generation.

I do not really believe in the relevance of the concept of ethnicity – I think the culture one is brought up in is far more relevant than ethnicity in the sense of physical distinctions.

How do Eurocentric perceptions about Africa influence cultural policies, economic frameworks and politics in Africa / with regard to Africa?

It is clear to me that there are real cultural differences within Africa and that a respect for these differences is essential for building democratic and accountable structures of governance, educational systems, etc.

Ideas that force Africans into artificial or outdated moulds (“we are all Africans”; “we are all Pedi”; “we are all Zimbabweans”) hide the real differences from sight and are therefore disempowering.

Ghana was the first country in sub-Saharan Africa to gain independence (in 1957). You also did research and fieldwork in Ghana as part of your research masters. Tell us briefly about your findings.

Well, my fieldwork in Ghana was limited and therefore I cannot claim to be an expert on the country. But in Ghana, there is a long history of interaction between different ethnolinguistic groups, a history that is older than the history of colonialism.

The impression I had from reading the literature, from the focus group discussions and talking to experts is that Ghanaians may be more alike than they realize themselves. It is partly a matter of perspective: people from one village tend to see themselves as different from those in the next village – but take people from two neighbouring villages to the city and they will discover that they have more in common than they thought.

In Ghana, the Akan dominate and their cultural views and values dominate as well. That means that this forms a common frame of reference, even though different ethnolinguistic groups in the country will say that their cultural norms are different in some respect from those of the Akan. Yet they seem to understand each other better than different ethnolinguistic groups in some other countries do.

Your thesis “draws attention to the need for rebuilding cultural autonomy, based on African languages”. How does this pertain to South Africa?

It is up to South Africans to determine where they want to go, of course, but looking at things from a distance I personally feel that the policy of eleven official languages for South Africa is counterproductive and will lead both to increased dominance of English and to a continuing gap between an English-speaking elite and the majority of the population.

I think that continued use of English as the lingua franca in South Africa will lead to a continued reproduction of inequality and will make people feel estranged and disempowered. My plea would be to go for four official languages, as the late Neville Alexander has suggested, or even only two (for example Afrikaans and Xhosa).

Everybody should be free to use their own language in day-to-day use and probably also start primary education in their own languages, but for national development it should be possible to use only a few languages. One of these could be more difficult to learn, the other should be easy to learn, so that there is always one official language that almost all people have access to and are comfortable with.

In my humble opinion, a national South African identity can develop and it would be incredibly beneficial to the country if it would. But I think this will only take off if people learn each other’s languages and this will only happen if fewer languages are used in an official way than is currently the case. But again – I guess I am entitled to an opinion, but this is really not up to me.